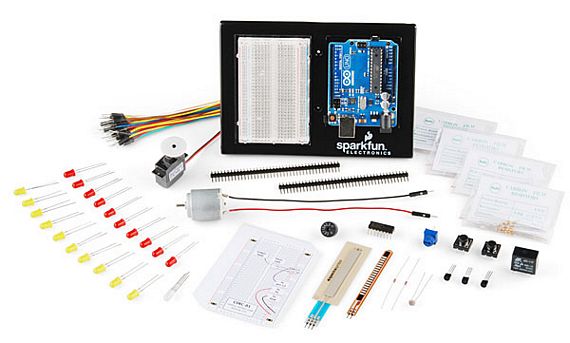 The Problem: You’re interested in fiddling around with homebrewed electronics, but aren’t quite sure where to start.  Sure, you can hit the local electronics store, but you’re just afraid you’ll end up being peddled a bunch of crap you won’t have any idea what to do with.

Yep, it’s a full  kit containing everything you need to build an Arduino-based project right from the comfort of your home workshop/bedroom/mom’s basement.  Designed for absolute beginners, it comes with a 36-page color starter guide, giving you step by step instructions on 14 different circuits you can build around an Arduino board. 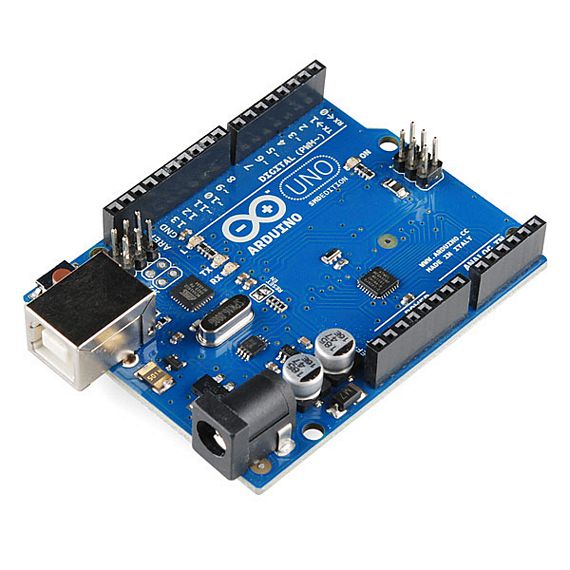 The Arduino Inventor’s Kit includes an Arduino Uno SMD R3, a bread board, 12-color circuit overlay, transistors, diodes, sensors, LEDs and a whole host of items you will use to create your own programmable hardware projects.  The 14 available projects involve simple functions like making LEDs blink, creating sounds and responding to buttons, allowing you to gradually build up your tinkering skills before moving on to all those big projects you have in your head.

Hate soldering?  Not a problem, as the kit requires no soldering work whatsoever.  Instead, it’s just stick here, connect there and smack it on the table until it works. Well, I doubt smacking on table is in the instructions, but it always works for everything.

If you’ve ever looked at all the awesome (and inane) things people do with Arduinos and wished you could do the same, this kit  is definitely your chance to take a nibble out of this whole “let’s make our own electronics at home” thing.  Yes, you’ll probably get laid even less doing this, but at least you’ll have fun.  Thinkgeek has the Arduino Inventor’s Kit available now, priced at $94.99.