Arduino Due: Take Your DIY Electronics Projects To The Next Level 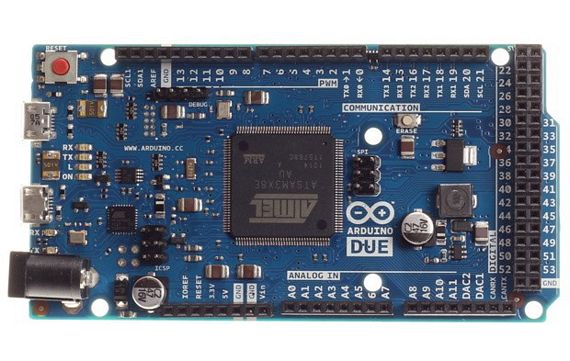 As awesome as the Arduino Uno is, it’s a really basic microcontroller that won’t let you build the kind of sophisticated thingamajigs you need to scare world leaders, much less conquer the world.  The Arduino Due doesn’t really change that by much, but it pushes you just a little closer to developing your very own doomsday device built out of Dad’s garage.

Faster, more powerful and still cheap, the new board gets a 32-bit upgrade (ARM Cortex M3 architecture), giving it a lot more room to perform wondrous feats of automation.  According to the team, the updated hobbyist microcontroller now has enough computing power to enable it to act as the brain for projects like remote-controlled flying drones, more sophisticated 3D printers and more.  Definitely beats all those inane auto-Twittering gizmos you built with the last version, right? 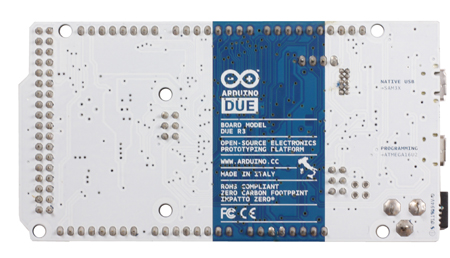 Features of the Arduino Due include an 84MHz processor, a USB 2.0 interface running at 48 Megabits (Arduino can now host your USB peripherals like keyboards, cameras and more), 12 analog inputs, high-res analog outputs, four serial com ports, 70 I/O pins and 12 PWM channels.  There’s even a high-speed CAN interface, so you can finally get started on building custom gadgets for your supervillain doomsday vehicle (no, we don’t mean the Quadracycle you spend weekends riding with your geek friends).

Budding mad scientists of the world can get their grubby paws on the new Arduino Due right this second (well, give or take shipping time) for the measly sum of €39.