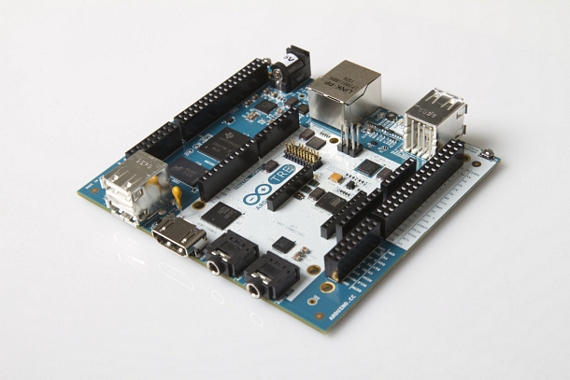 The rise in popularity of the Arduino microcontroller has allowed for a whole host of impressive homebrewed electronic projects. And it continues to improve. This year, everyone’s favorite hackable single-board microcontroller is getting a serious bump up in power with the Arduino TRE.

The Arduino TRE is actually two computing systems in one, combining the 32-bit Sitara processor with an AVR-based microcontroller, allowing it to both integrate into existing Arduino projects (e.g. if you want to extend the features of a hardware system you built, for instance) as well as create powerful computing applications that demand more power from the ground up. Features of the new board include 6 analog input channels, 512MB DDR3L RAM, a host of ports (ethernet, USB, HDMI, LCD expansion connector), and microSD card support.

The company expects the new board will pave the way to using Arduino in a variety of high-performance applications previously inaccessible to it, such as home automation, 3D printing, and telemetry hubs. And since it’s using the same ARM architecture that’s widely embraced among mobile devices today, there are tons of developers who can readily take to it without a steep learning curve.

Availability for the Arduino TRE is expected in the Spring. No pricing has been announced.