ArKeg Arcade System Puts Both Games And Beer On Tap 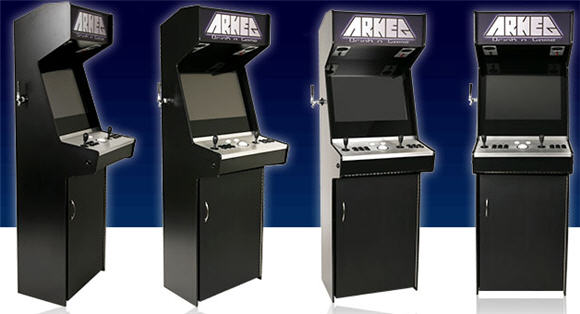 Playing games is fun. Getting drunk is just as entertaining. Playing games while getting drunk, however, makes all the lonely nights go away… forever. Just ask anyone who’s bought the Arkeg, an arcade-style game machine with a tap that pumps free-flowing beer for a jolly, old time.

Not a complex machine by any means, the Arkeg houses a five gallon keg with a dispensing system and a functional game-ready PC. Stored inside the cabinet of the arcade box, the keg can be pre-filled with your choice of 55 different brands, including microbrews, that the company supports. Once you’ve run out of the sweet, sweet stuff, you can simply order another batch for delivery.

The PC, on the other hand, appears to be a regular gaming computer. It comes pre-installed with 69 classic console games on ROM, with the ability to run any title designed for DOS and XP systems, including Flash-based games. The control panel sports a brushed aluminum finish, with two sets of arcade controls (Happ joystick, six-button layout). It comes with two side pinball buttons (which can double as the mouse button), a trackball right on the dashboard and a pull-out keyboard.

If you’re tired of playing games and just want to kick back while having a cold one, the Arkeg comes pre-installed with a built-in media player, a 24-inch LCD screen and 2.1-channel speakers with subwoofer – you do the math. Controls for volume, treble and bass are right on the panel, though, so you’ll have to get up some if you want to fiddle with the audio.

As if having a supply of draft beer and games isn’t enough, those with a little more cash to burn can outfit their system with a few extra accoutrements. Add-ons you can request include mug holders, dip trays, a cleaning kit for the draft system, additional controls for another two players, bar stools, backlit signs, decals and custom arcade layouts. The company claims they can keep going with the customizations, as long as you can dream them up (and have the money to pay for it, of course).