Arkup Puts A Luxury Home On Top Of A Boat, Making For The Most Lavish Houseboat Ever 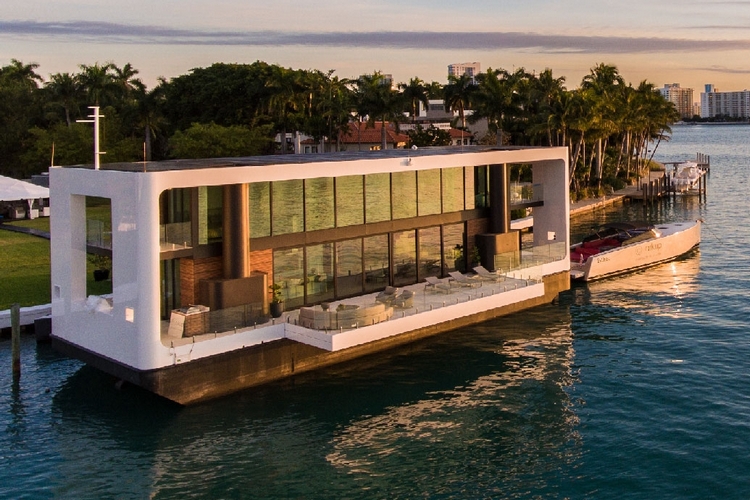 Houseboats are nothing new. In fact, boats docked in marinas with people actually living in them is not uncommon, either. We’re willing to bet, however, that none of those boats look anywhere like the Arkup.

Billed as “livable yacht,” the houseboat is designed, from the ground up, to serve as proper on-water lodging. No, we don’t mean cramped bedrooms under the deck like we usually get. Instead, it looks more like an actual luxury home that’s been uprooted from an exclusive gated community and transplanted on top of a floating structure. Seriously. 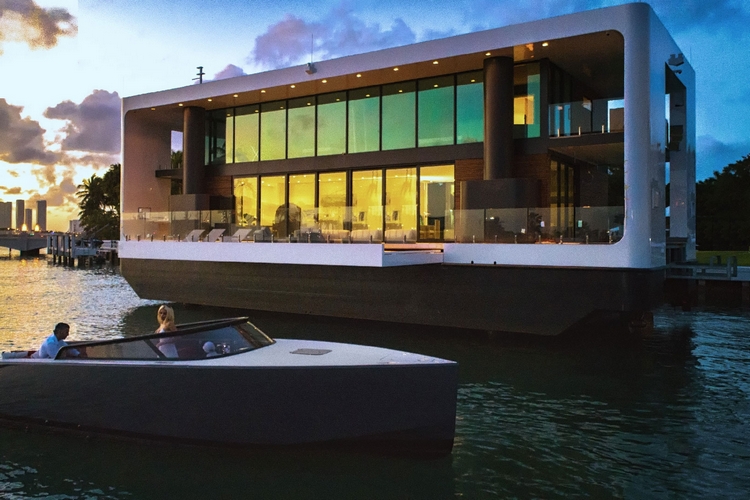 That’s right, the Arkup is designed to look and feel like a real house – one that simply happens to be floating in the water, rather than rooted on the ground. It’s a two-story house, too, with 4,350 square feet of floorspace, with a fully-furnished living room, dining room, kitchen, and a total of four bedrooms at the second floor, with each bedroom getting its own separate bathroom, so an entire family can live here in utter comfort. Of course, it also comes with an open-air deck with 456 square feet of flooring, where you can lounge around while soaking in the sun. The deck, by the way, is completely retractable, so you can pop it back in away from sight, in case you want to take the boat for a cruise.

It can be fitted with traditional anchors for keeping the boat in one place, although if you’re splurging on one of these anyway, might as well go for all the best tech they have available. That means, equipping it with hydraulic spuds in place of anchors, which are, basically, legs that can be deployed to depths of up to 20 feet, essentially giving the boat a rigid foundation that’s firmly planted on solid ground. According to the outfit, it’s rated to withstand hurricane winds of up to 155 mph (category four), which means you don’t need to evacuate at the first sign of inclement weather, with the spuds able to lift the dwelling above the water line to better avoid waves, if necessary. 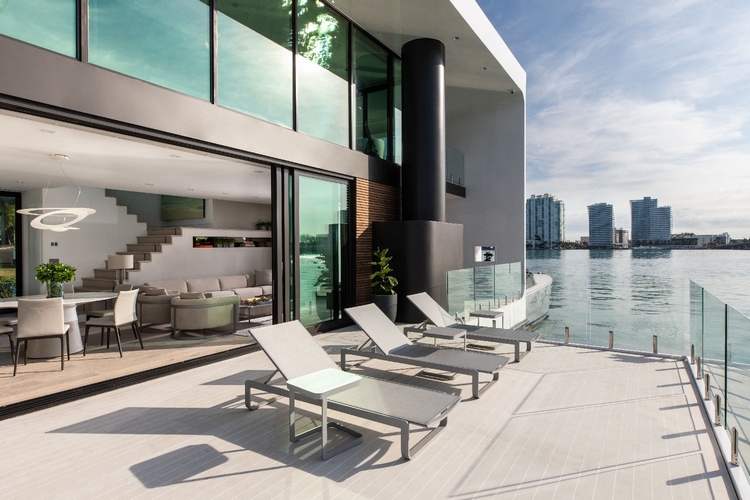 As a boat, the Arkup is propelled by two 134-horsepower electric thrusters that will allow it to travel at speeds of up to seven knots, each of which can rotate 180 degrees for excellent maneuverability. Since all the living amenities are installed on top of the boat, the hull houses separate technical rooms for hydraulic, electric, and water-related equipment, respectively, as well as a storage room, in case you have cargo you’d rather not have littered around the house. 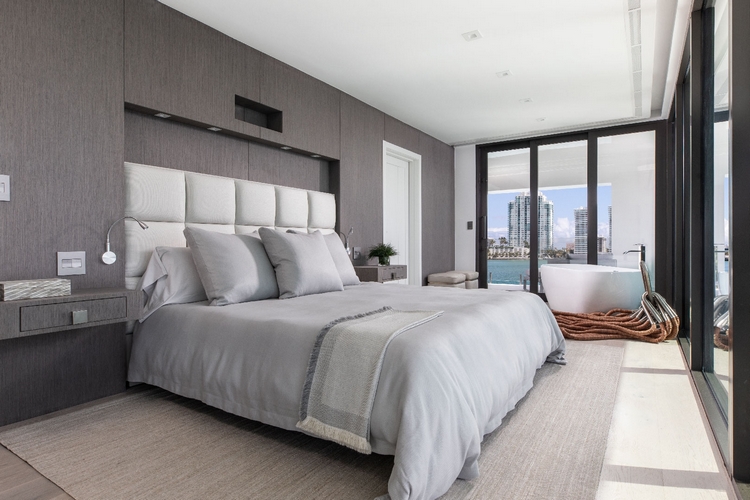 Other features include a boat lift at the stern (for docking a small boat, a jet ski, or a submersible), a full solar panel array on the roof (which, supposedly, produces enough electricity to let you live off-grid), a water-collection system (that harvests rainwater from the roof, purifies it, and stores it in the hull), and a full-suite of communications systems (so you’re always connected to the world). And yes, it can be fitted with a whole load of other things, provided you can afford them.

The very first Arkup has been finished and is now on sale for $5.5 million. According to the company, they plan to build three more in the next 12 months.