Armatix Smartgun: For Your Trigger-Finger Only 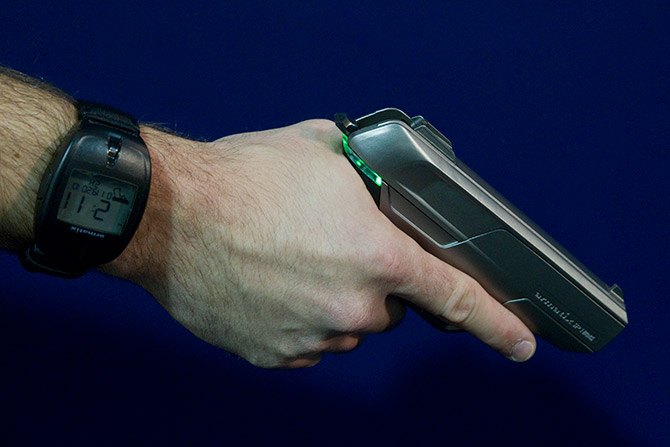 Watching gunfights in movies is fun.  Must really suck in real life though when you choke, and the bad guy grabs your gun and threatens to shoot you with it.  Well, that’s not gonna happen with the Armatix Smartgun, a .22 caliber pistol that comes with its own wireless security system.

Shown off at this years Shooting, Hunting and Outdoor Trade Show (SHOT), the owner-friendly weapon works in conjunction with a custom wristwatch you will have to wear on your firing arm.  That’s because the gun must detect it before enabling the trigger, lest be rendered useless (well, it can’t shoot, but you can still use it to whack someone in the head).

The Armatix Smartgun comes fitted with an electronic safety mechanism that requires detecting a radio frequency within inches from it.  No signal, no shooting – it’s as good as a scrap of metal without it.  When out of range, a built-in LED on the gun’s body lights up in red, letting you know that it’s currently deactivated.  Only when it picks up the required signal from the watch will the light turn green. 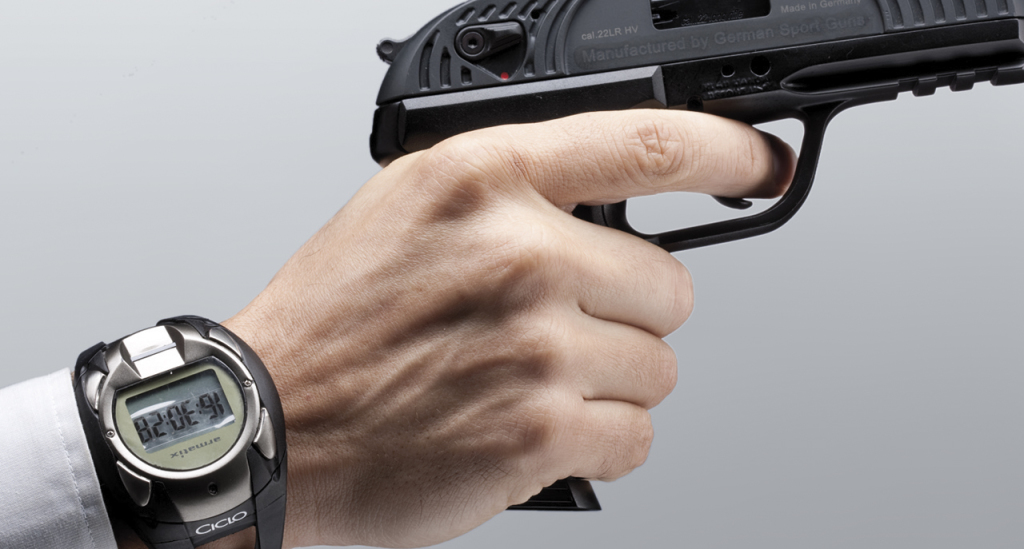 What if the thief also steals your watch?  While it doesn’t appear to be a part of the current version, the company lists plans for a wrist-worn accessory with a biometric identification system on their site, which requires you to get your print scanned before activating the transmission.  If you’re in the built-in database of valid fingerprints, it will turn the signal on.  Otherwise, it will remain dead.  According to Armatix, the database of authorized users can be programmed from a separate computer and installed into each digital timepiece.

This is an amazing feature that could help law enforcers. Even if the bad guys end up with your gun, they can’t do anything with it maybe except throwing it back at you).

In the market for a safer gun?  If you can’t wait for the biometric version, the Armatix Smartgun sounds about as secure a weapon as you can find right now.  It’s a novel tech – one we will likely see variations of in many future personal security contraptions.  You can get yours beginning next month for 7,000 Euros apiece.