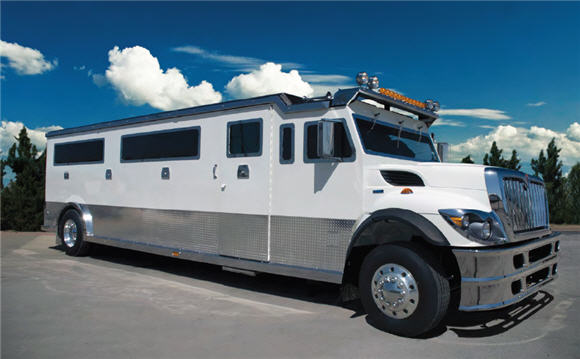 Real VIPs need VIP-level security that run-of-the-mill chauffeured stretch limos just don’t deliver.  If you need a luxury fort on wheels, the Armor Horse Vault XXL should have you covered.

Outside, it looks more like a fully-armored bus than a ride to the Grammy’s.  That’s because it’s designed to withstand artillery attacks – the likes we thought the entire population of Nashville would rain down on Kanye West after the VMA fiasco last year.   With UL-rated thermal and composite ballistic panels, bullet-resistant windows, dual emergency escape hatches and gun ports for firing back, it offers better protection for high-profile paranoids than ten 300lb bodyguards. 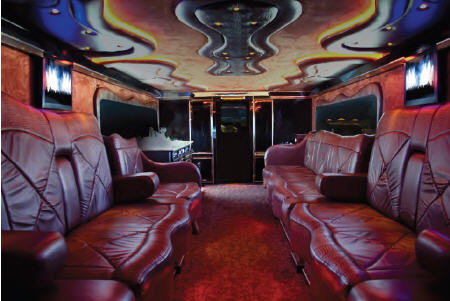 Inside, however, it’s all luxury.  Sporting seats for up to 14 people (expandable to 25 when needed), you can hold a veritable party on wheels inside this super stretch.  Amenities include an L-shaped wet bar, multiple LCD screens, a high-end stereo system and multiple entertainment sources (satellite radio, an iPod dock, CD, DVD and four auxilliary ports).  No decadence, of course, is complete without a stripper pole – and it has one, which can automatically from the ceiling.

The interior design can take on one of four different themes (Jet Setter, Cigar Bar, Mega Yacht and Shagadelic), each one with its own color and lighting schemes for the upholstery, walls, floors and ceilings.  Hey, if you’re going to go over the top, might as well take it all the way, right? 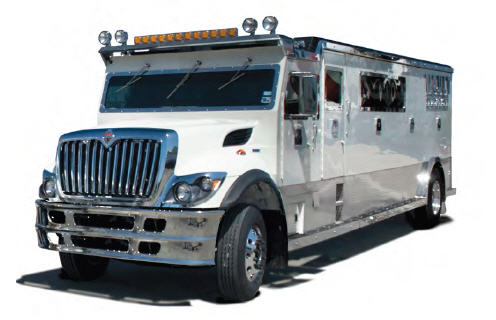 According to Vault Services, they will be unveiling a 25-strong fleet of the Armor Horse Vault XXL during Super Bowl XLIV.  This armored limo, charged-up football players and stripper poles – man, that’s going to be a party.