These Agile Spider Robots Are Made Entirely From Slurpee Straws 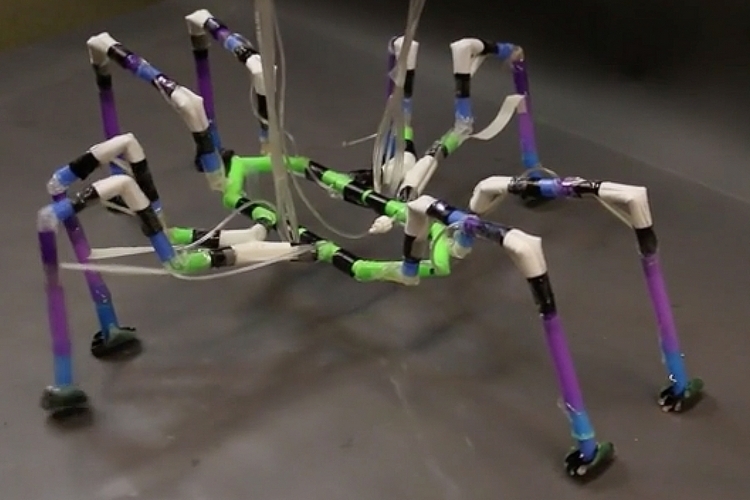 Mimicking the movement of spiders isn’t new for robots. Doing that using nothing but drinking straws as its limbs, however, is definitely novel. That’s exactly what they did with these awesome Arthrobots.

Made by George Whitesides and Alex Nemiroski of Harvard University, the robots literally use Slurpee drinking straws for their body and limbs, making them unusually cheap to put together. Despite the seemingly banal materials, the robot is impressively fast and nimble, potentially making such a design ideal for applications where more expensive robots are not a viable option.

To create the joints for the Arthrobots, the researchers took each straw and cut notches along strategic sections, allowing the whole thing to bend at specific points. They then inserted a rubber tubing inside the straw, which they would inflate to cause the leg to straighten, with a rubber tendon forcing the joint to retract as soon as the tubing is deflated. Using that simple but clever combination, the group started putting together crawling robots, eventually ending up with an eight-legged arthropod.

As of now, the robot only operates when hooked up to a computer, which decides the sequence in which the tubings are inflated and deflated to facilitate proper movement. Future iterations will likely integrate a small processing chip right on the robot, along with a suitable air source.

Learn more about the Arthrobots from the link below.