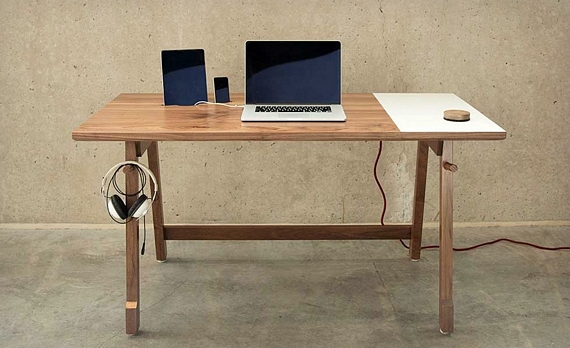 We’re loving the set up of this Artifox Desk, which comes equipped with a whole load of facilities that should serve modern office workers well. No, it doesn’t have a donut maker, Nerf blaster, or espresso maker built-in (sorry), but we bet you’ll find its roster of provisions useful all the same.

Sporting minimalist looks, it appears like a simple tabletop on four legs at first glance. Inspect closely, though, and you’ll begin to appreciate what lies behind its unassuming looks. 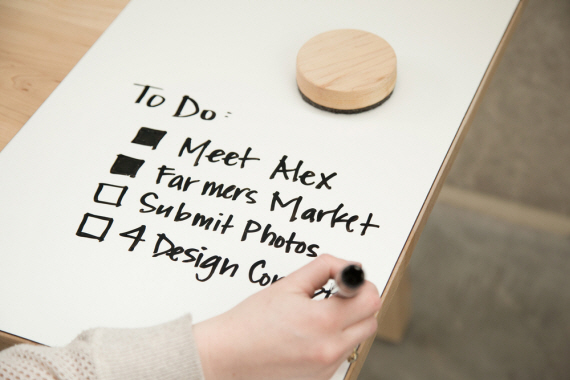 Look at the Artifox Desk’s tabletop and you’ll notice a white panel on the right, which happens to be a whiteboard where you can write, doodle, and play out your thoughts in scribbled form. Even better, the grommet doubles as the whiteboard eraser, so you can set it down to on its hole when you don’t want the eraser visible on the desk. Slightly behind the center of the desk sit two docking stations sized to hold a tablet and a phone, respectively, complete with cable passthroughs when they need to be charged. Oh yeah, the tablet dock also doubles as the cable line when you need to charge your notebook from the power strip storage under the tabletop. Plus, we love the addition of two pegs on the front legs, where you can hang everything from keys to headphones to backpacks. 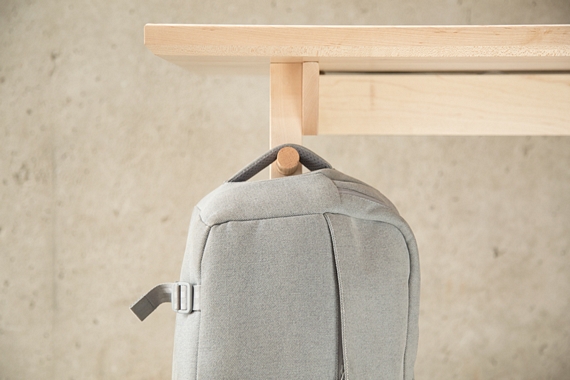 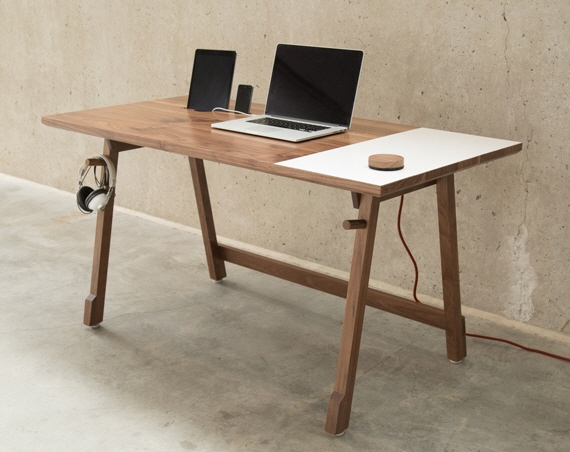 Awesome, right? Well, yes, if you’re willing to part with a thousand bucks and change. The Artifox Desk is available for preorder with a May ship date, priced at $1,099 for the maple version and $1,299 for the walnut.