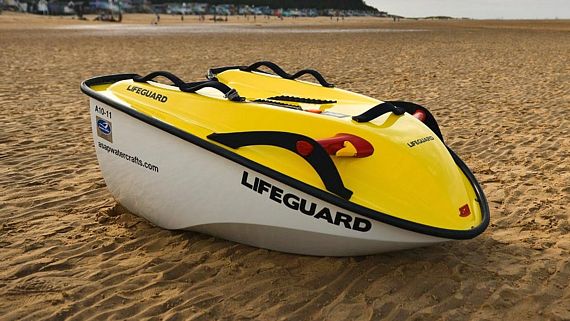 Lifeguards are awesome.  If you’re drowning a long ways out of the shore, though, there’s a very real chance they won’t be able to swim fast enough to get you while you struggle against the depths.  Ideally, you’d want your lifeguards with access to a Yamaha VXR Waverunner waiting by the shore.  If that’s not quite in the Baywatch budget, though, the ASAP Electric Watercraft might offer a more suitable compromise.

Designed by Ross Kemp, it’s, basically, a more affordable alternative to jet skis.  It won’t quite pack the same punch for watersports purposes, but it should help lifeguards reach that dude who thought it was a good idea to take a kayak deep into the waters, then tried to stand on it so he can shout at the skies and ended up capsizing his boat.  Oh yeah, dude just remembered he’s not such a good swimmer, as well, so… panic. 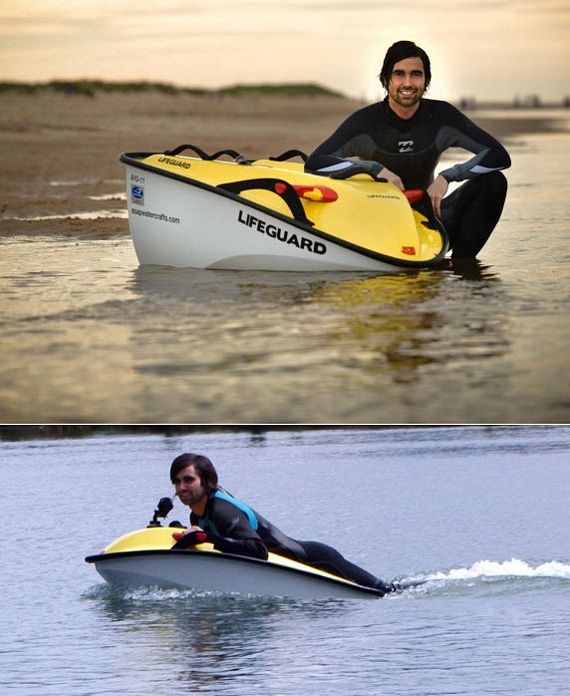 The ASAP, which combines elements of jet skis, catamarans and body boards, sports a V-shaped hull that can cut through choppy waters without much slapping for maximum stability — something that can prove extremely valuable when transporting someone in need of medical attention.   Packing less heft than a jet ski, it can be launched quickly by just a single lifeguard, with a body that’s been optimized to make it easy to load an injured person upon.  Basically, it’s been designed from the ground up as a rescue craft, rather than retrofitted  as one, which is how current jet skis and paddle boards are used.  The latest prototype can run on battery power at speeds of up to 15 mph.

As of now, the ASAP Electric Watercraft is still undergoing development.  Once finalized, it will be released both as a rescue watercraft and a recreational device.