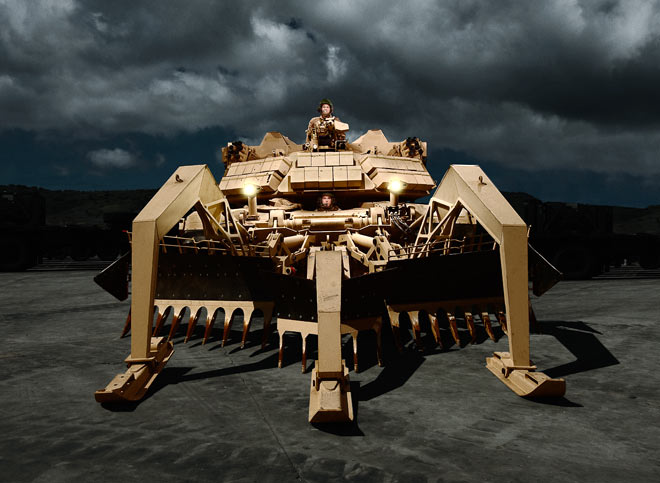 Land mines suck.  For the US Marine Corps, this is what you use to get those damn traps squashed: the Assault Breacher Vehicle (ABV).

Looking like it rolled straight out of a superhero movie, the monstrous military machine is currently the US Military Corps’ weapon of choice to get around the thousands of landmines and roadside bombs set up in Afghanistan’s Taliban region.  Combining the features of a mammoth tank with a huge cannon and giant plows, it allows military personnel to clear the way of dangerous explosives, all while looking insanely awesome doing it. 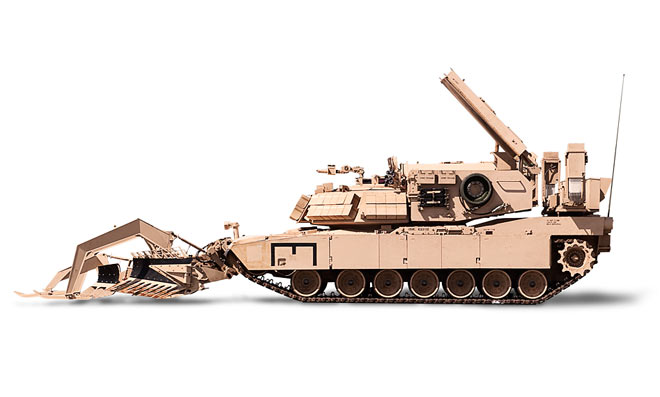 The Assault Breacher is a heavily armored manned vehicle that rolls around on tank-like treads and is  powered by a 1,500 horsepower turbine engine.  Sitting out front is a 15-foot wide plow that carves safety lanes through littered minefields, paving a way for other military vehicles to move forward safely.   If too many mines sit in a single area, it foregoes the plowing and uses C4-armed rockets (1,700 ridiculous pounds of Mine Clearing Line Charge) that can be fired by the cannon near the rear from up to 150 yards away.  If you can’t plow it, blow it – and it does the latter so hard that shock waves are reportedly sent rippling through the desert in all directions.

Reporters are said to have witnessed the vehicles in action recently, as US and NATO troops began their push into Marjah, a southern Taliban stronghold duly protected by layer after layer of landmines around it.  In the field, it will be supported by a tank retrieval vehicle, designed to drag it to safety in the event it gets damaged.