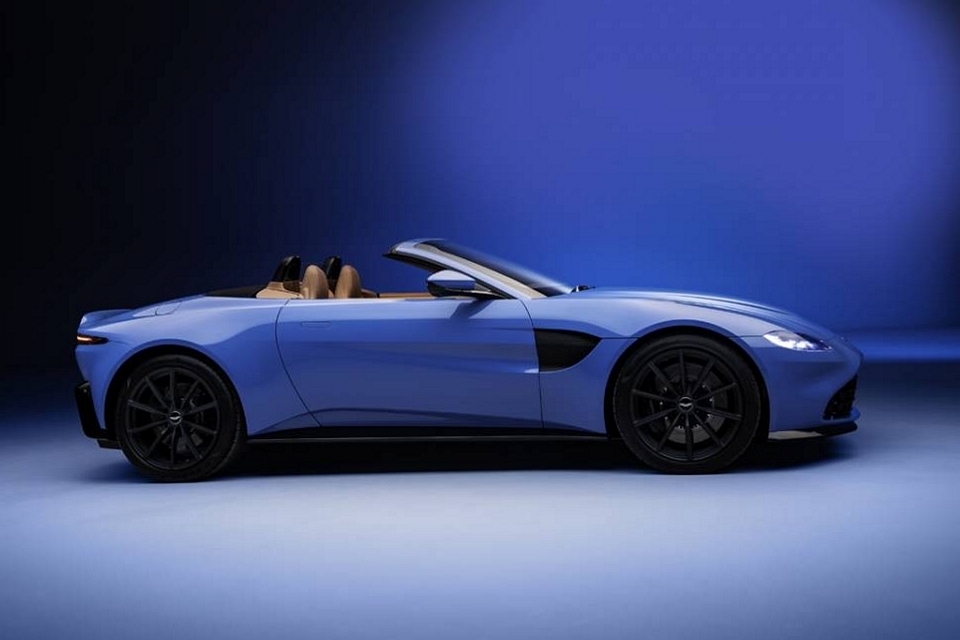 Just like the hardtop model, the vehicle sports a low-slung, aggressive stance, with aerodynamic lines that give it an undeniably sporty aesthetic. Except, you know, the darn thing can shed its roof at the push of a button, allowing you to soak the sun while you plow through the highway at breakneck speeds. 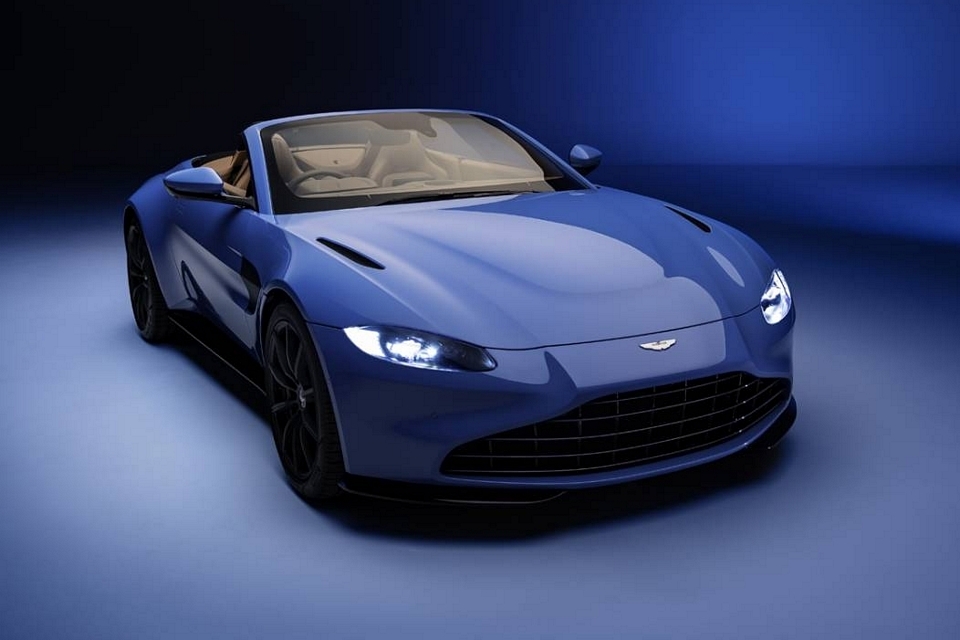 The Aston Martin Vantage Roadster is equipped with a Z-frame fabric roof that can fold in or deploy in less than seven seconds. Specifically, it takes 6.7 seconds to collapse and 6.8 seconds to deploy, which, the company claims, makes it the fastest fully-electronic roof mechanism of its kind. Do note, the roof mechanism can only be used at speeds of up to 31 mph, so you’re going to have to slow down a little if you’re driving with the top off and you feel a drizzle coming. Because of the vehicle’s compact frame design, the convertible orientation doesn’t change the lines all that much, ensuring the darn thing looks every bit as stunning as the coupe, although it does get a bit heavier, putting on an extra 132 pounds.

The vehicle also loses some space in the rear, cutting down the boot space from 12.4 to seven cubic feet. Yes, that sounds like a drastic reduction, although Aston Martin claims it can still fit a full-sized golf bag, along with a few other accessories. Plus, you can still fit a couple of boxes of beer and groceries in there, just in case you want to take the sports car to the mini-mart or something. 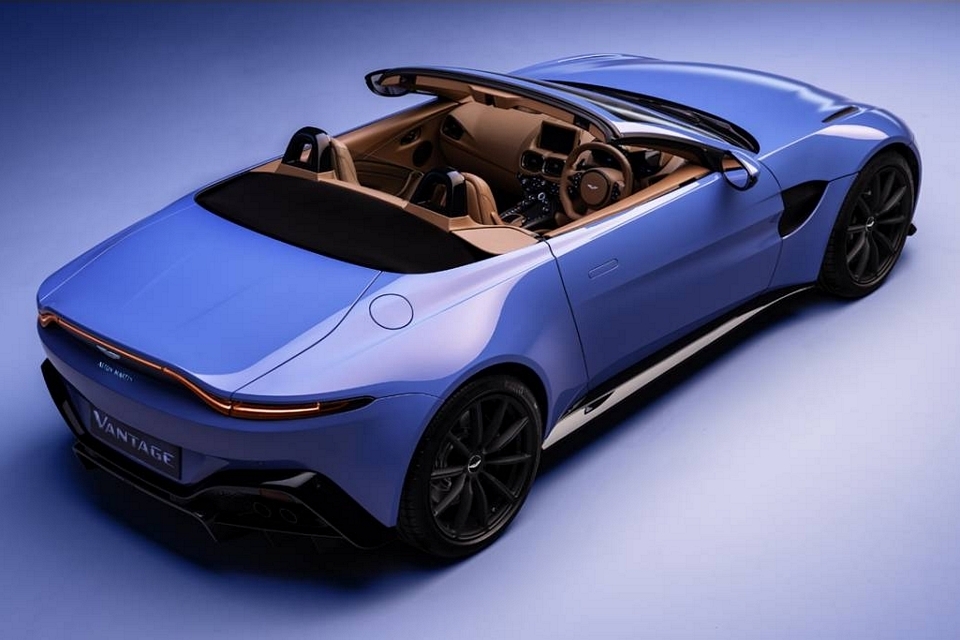 The Aston Martin Vantage Roadster houses the same front mid-mounted 4.0-liter twin-turbo V8 engine sourced from Mercedes-Benz, which puts out 503 horsepower and 505 pound-feet of torque.  That’s enough power to send it from standstill to 60 mph in 3.7 seconds, just a single tick behind the acceleration of the coupe. To accommodate the vehicle’s new form, Aston Martin engineers tuned the suspension, differential, driving aids, and driving modes specifically for convertible operation, ensuring it performs with the same precise handling, pace, and cornering performance drivers have enjoyed with its hardtop counterpart. 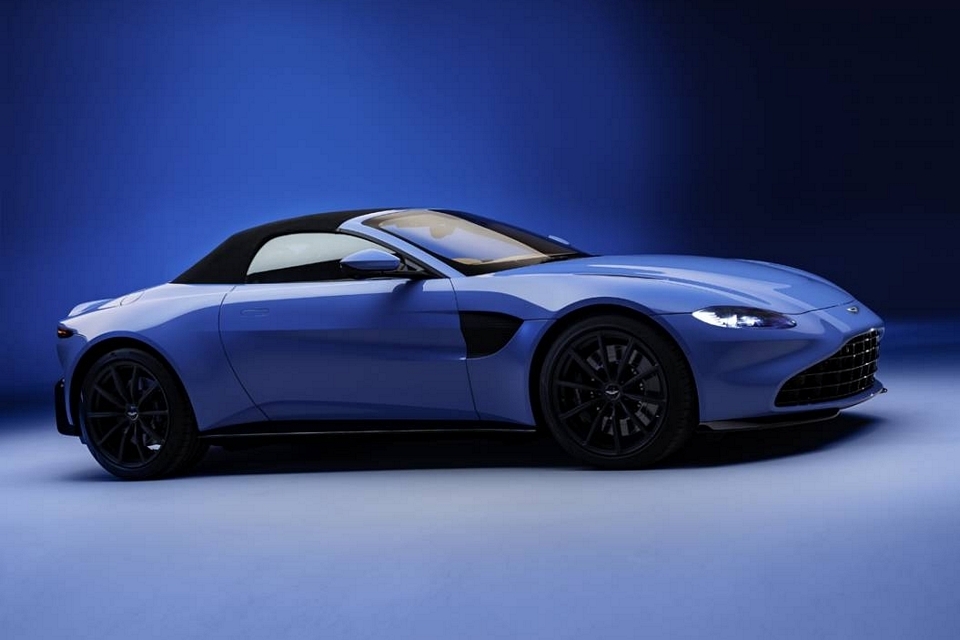 Sadly, it doesn’t get the same seven-speed manual transmission option as the coupe, so you’re relegated to driving it with a ZF eight-speed automatic. With the roof deployed, by the way, the darn thing can hit max speeds of 190 mph. No word on how fast it can go with the top off, but we imagine, it can still push pretty close to those max speeds.

First units of the Aston Martin Vantage Roadster will start shipping between April and June. Price is $161,000, so it’s just 10 grand more expensive than the coupe. 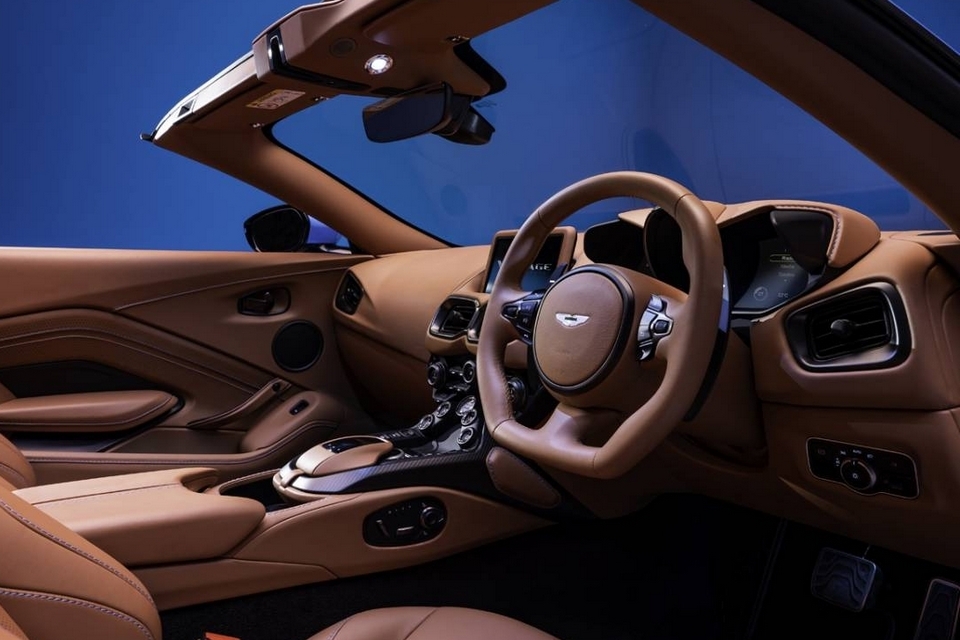