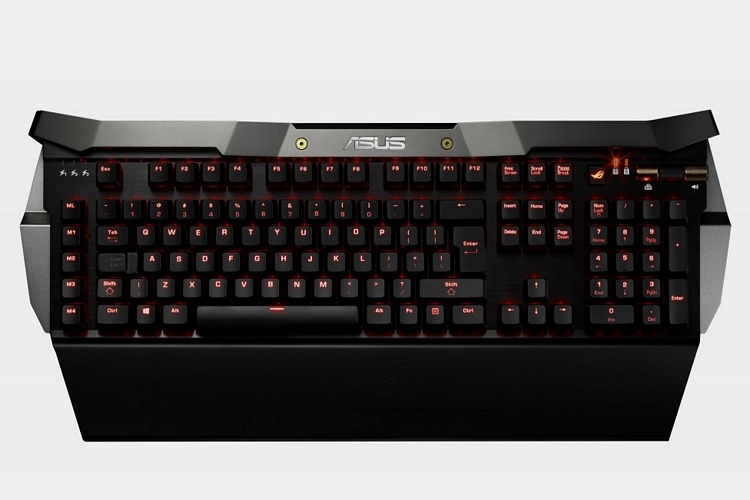 Some gaming keyboards look unassuming. Others are laden with aesthetics that match their aggressive function. The latter is exactly the case with the ASUS Horus GK2000.

Like other products in ASUS’ Republic of Gamers line, the keyboard is decked in angular lines that make it look more like a spaceship with keys than a PC peripheral. Well, something like that anyway. And, yes, it’s going to take a bit more space off your desk than regular keyboards, although it does provide a whole lot of functions in exchange for the added footprint. 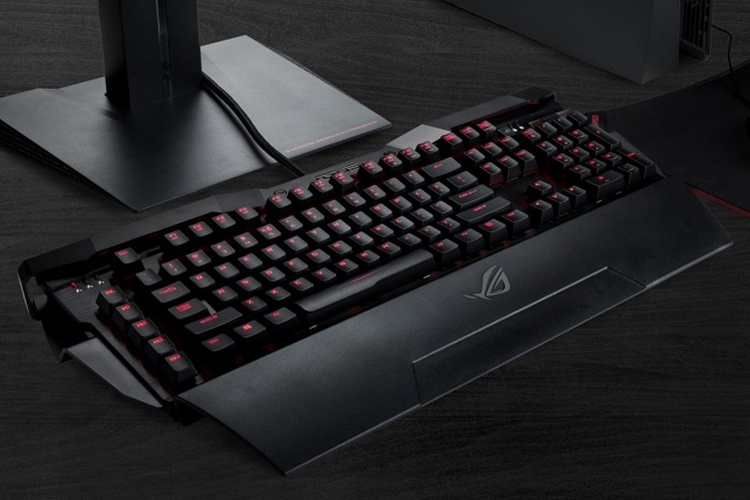 The ASUS Horus GK2000 uses MX red switches, a favorite among gamers for their quiet operation and low actuation requirements, allowing for highly-responsive keystrokes during rapid button-mashing. Each key gets individual LED backlighting, but only in one color (red), although you can adjust each to switch on or off individually for better key visibility when playing under low-light conditions, apart from coming with five preset effects. Like other gaming keyboards, it’s highly customizable, allowing you to map the keys to suit your gaming preferences. Unlike them, it comes with its own 32-bit MCU and 4MB of onboard storage, so all your mapping and macros are stored and processed right on the keyboard itself. 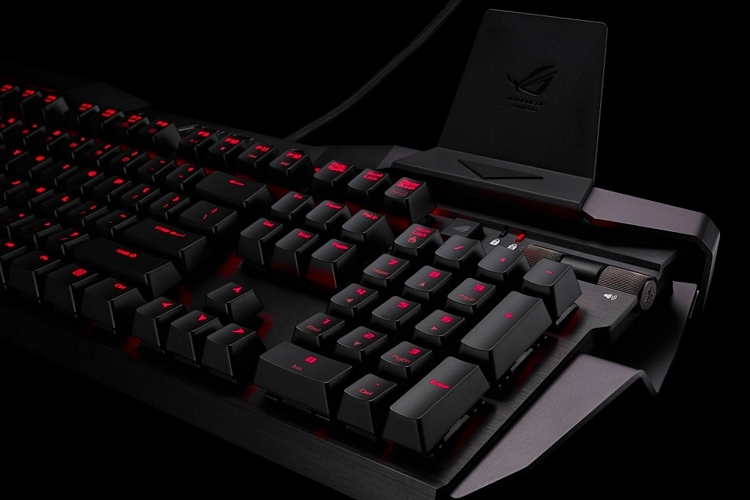 Features include anti-ghosting tech, N-key rollover support, a removable wrist pad, a detachable stand for mobile deivces, an audio port, and two USB slots. Designed to impart a premium feel, the chassis and accents are made from 3mm aluminum sheets with a special topcoat finish.

No word on pricing but the ASUS Horus GK2000 will debut in the third quarter.