ASUS ROG Mothership: This 17-Inch Laptop Can Double As An All-In-One Gaming PC 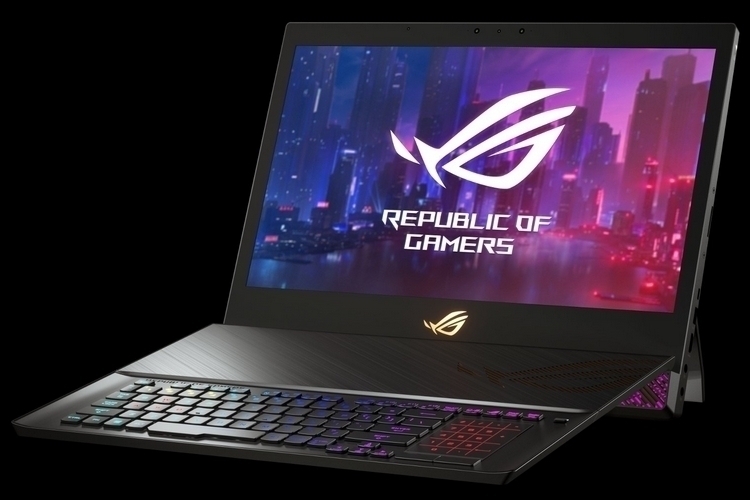 No, ASUS didn’t suddenly create a giant spaceship that will unleash smaller space flyers to the rest of outer space. Instead, the ASUS ROG Mothership is a new gaming laptop that’s, honestly, unlike anything we’ve ever seen before.

You know how modern gaming laptops are getting slimmer and lighter while packing more powerful hardware?  Well, this goes a different route. Yes, it’s bigger and heavier than the usual modern fare, but that’s not really what makes it different. Instead, what truly sets it apart is how you can use the laptop. 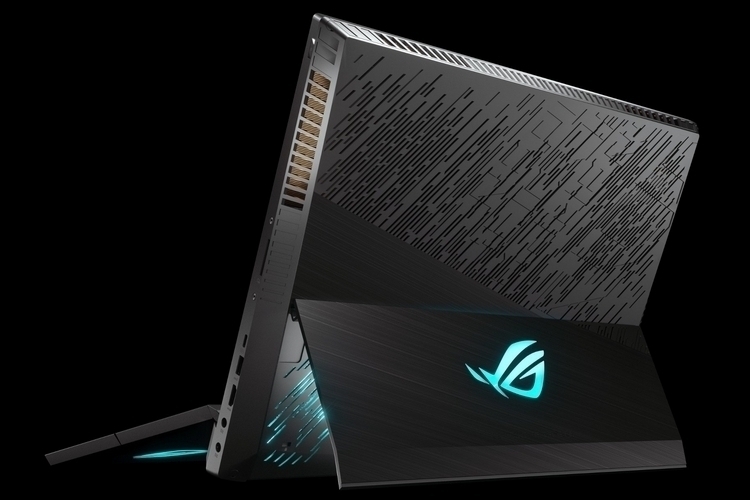 Traditionally, you’d use a gaming laptop the same way you’d use a regular one – you pop the lid up, plug a mouse in, and start playing. The ASUS ROG Mothership can be played the same way, of course, but that’s not what makes it special. You know how the typical laptop stashes the computing hardware under the keyboard section? Well, not here. Instead, all the hardware is loaded behind the monitor, which is why the upper section of the laptop is thicker than the keyboard section. Since all the hardware is in the monitor, the whole thing can be detached from the keyboard and positioned somewhere else, allowing you to play a comfortable distance from the screen without having to get a separate keyboard accessory. A built-in kickstand lets you stand the monitor on any flat surface, while a locking hinge enables you position it at a variety of viewing angles. 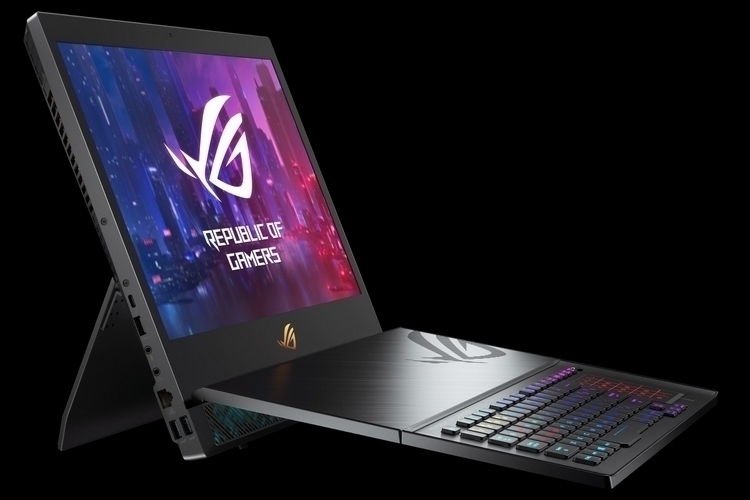 The keyboard is designed to work wirelessly when detached from the display, essentially making it feel like you’re playing on an all-in-one desktop, all while also folding in half (the actual keys only make up half of the panel) to reduce its footprint on the desk. It connects wirelessly over a 2.5GHz signal, by the way, with the option to physically tether using a USB-C cable.  Keyboard comes with individual RGB backlighting for each key, N-key rollover, and a 2.5mm travel distance. 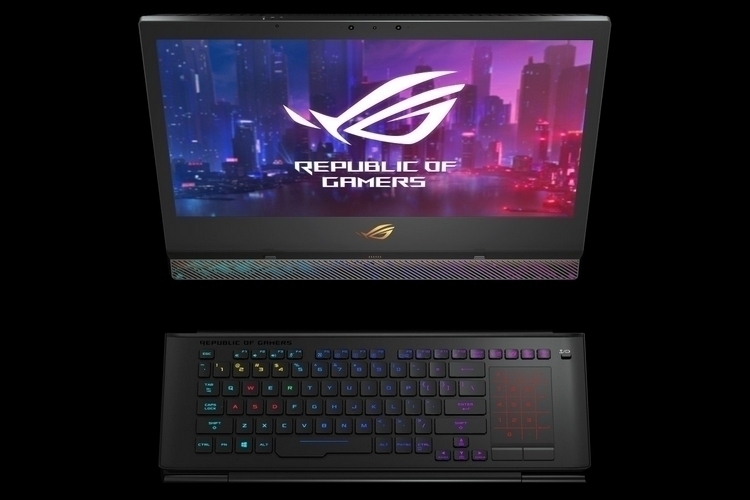 The ASUS ROG Mothership is powered by an Intel Core i9 CPU, which can be overclocked to run at 4.8GHz out of the box, as well as a maximum 64GB of DDR4 RAM, a discrete GeForce RTX 2080 GPU (8GB of GDDR6 memory), and up to three 512GB SSDs in a Raid 0 array. There’s also integrated graphics, which you can switch to when you’re running non-gaming software at the push of a button, in order to save battery life. It has a 17.3-inch display, so this should be one of the larger gaming laptops around, with 1080p resolution, a 144Hz refresh rate, and Nvidia’s G-Sync technology. 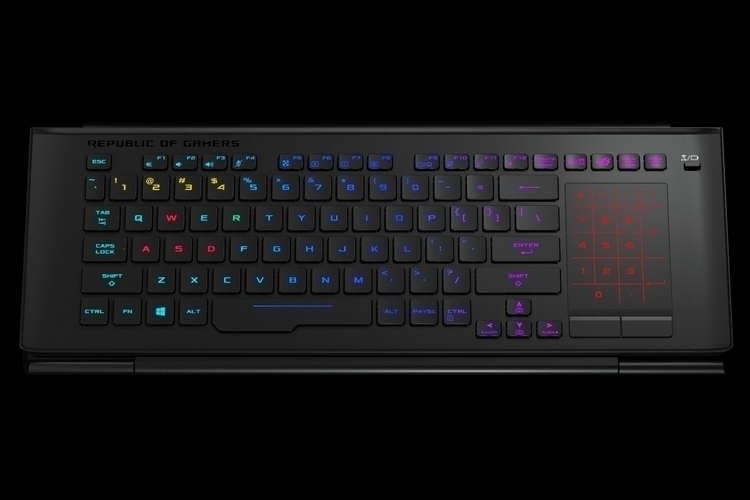 It comes with four 4W speakers on the front for pumping out more satisfying sound, as well as an ESS Sabre DAC, so sound gets processed into optimal form before being played out of the quad-speaker setup. No word on how long a single charge of the battery will let you play, but we don’t imagine it will last long, so you’ll probably want to bring a large power bank along if you intend to play with this on the road.

No release date or pricing has been announced for the ASUS ROG Mothership, but it’s currently showing at the CES floor.