ASUS ROG Phone May Be The Most Ambitious Gaming Phone Ever 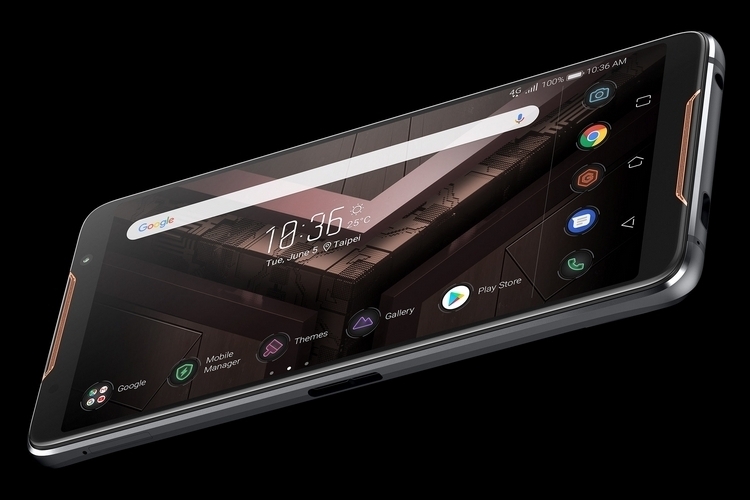 Over the years, several phone makers have riffed on the concept of a gaming-centric handset. It’s a nice novelty that has always found a willing audience, albeit not one large enough to really take the devices mainstream. The ASUS ROG Phone is the latest take on the gaming smartphone, combining powerful hardware with gaming-focused enhancements.

You know how all the high-end smartphones share, pretty much, the same core hardware, making them all suited for resource-intensive gaming? Yes, that’s true, but ASUS made sure to step things up for this device, tweaking the hardware and adding design elements that should make it a better option for those who spend copious amounts of time playing on their phones. 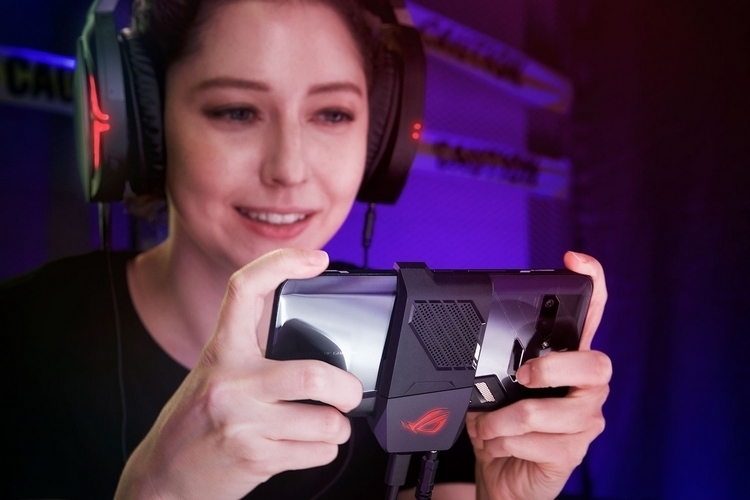 The ASUS ROG Phone is equipped with a six-inch AMOLED display with a 1080p resolution and a 90Hz refresh rate, which should allow it to draw 50 percent more frames than a standard smartphone screen, enabling smoother gameplay for fast-paced, graphics-intensive titles. According to ASUS, their screen has a one millisecond response time, which matches the speed of the outfit’s competition-grade monitors, ensuring the display can keep up with the fastest in-game actions. Other display features include full support of the DCI-P3 color gamut, a 10,000:1 contrast ration, and HDR support.

A Qualcomm Snapdragon 845 SoC provides the necessary processing muscle, although this particular version has had its CPU modified to clock up to 2.96GHz, ensuring there’s even more power to complement the integrated Adreno 630 GPU. They pair that SoC with 8GB of RAM and up to 512GB of flash storage, so this is as powerful a phone as you will find right now. Since all that power means significant heat production during gameplay, it’s fitted with a copper heat spreader and a 3D vapor chamber that transfers the heat away from the chip to the phone’s body, while the optional AeroActive Cooler accessory can be attached to accelerate heat dissipation and allow the phone to cool down even faster. Simply put, your phone isn’t likely to overheat, no matter how many rounds of PUBG Mobile you end up playing. 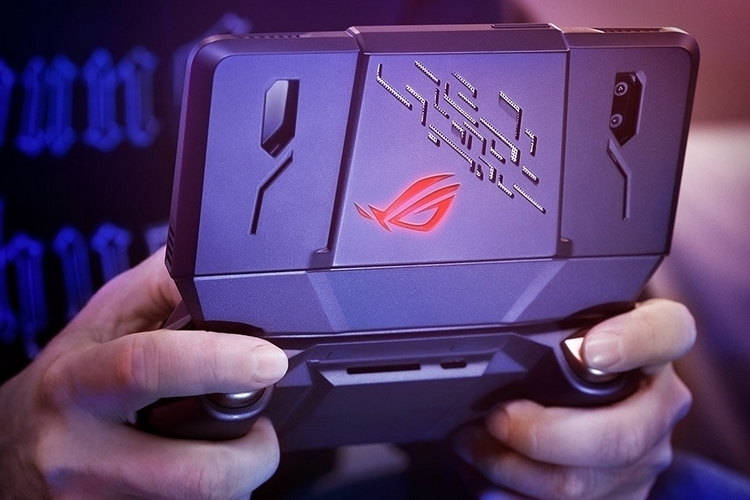 The ASUS ROG Phone comes with 10-point multi-touch support that’s sensitive enough to allow input even when wearing gloves, so all your actions will be detected no matter what game you’re playing. Since playing games with your fingers on the screen isn’t the most ideal, the phone comes with three ultrasonic buttons in the back that ASUS is calling AirTriggers. As you can tell from the name, they’re designed to function like the triggers from modern gamepads, albeit one that requires nothing more than a light touch to register an action. Each of the triggers can be programmed independently both for gaming and for standard smartphone functions. 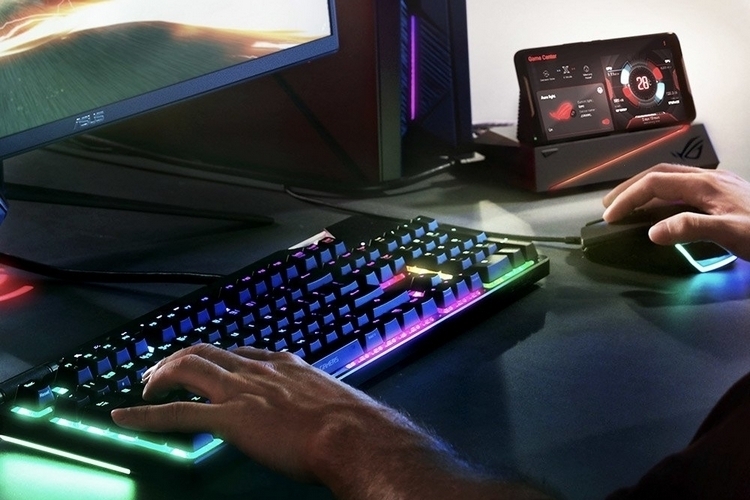 Other features include dual front-facing speakers, two rear cameras (12MP and 8MP), an 8MP front camera, an optional Twinview Dock (which adds a secondary display), and a 4,000 mAh battery. No word on battery life, although we imagine it’s not particularly long, given how power-intensive all this hardware seems. It does, however, have fast-charging options, with the battery reaching 60 percent capacity in just 33 minutes and getting to 85 percent in just an hour. An optional desktop dock allows you to build a desktop setup around your phone, with ports for hooking up a 4K monitor, 5.1 channel speakers, wired network connection, and USB peripherals.

No pricing has been announced, but the ASUS ROG Phone will come out later in the year.