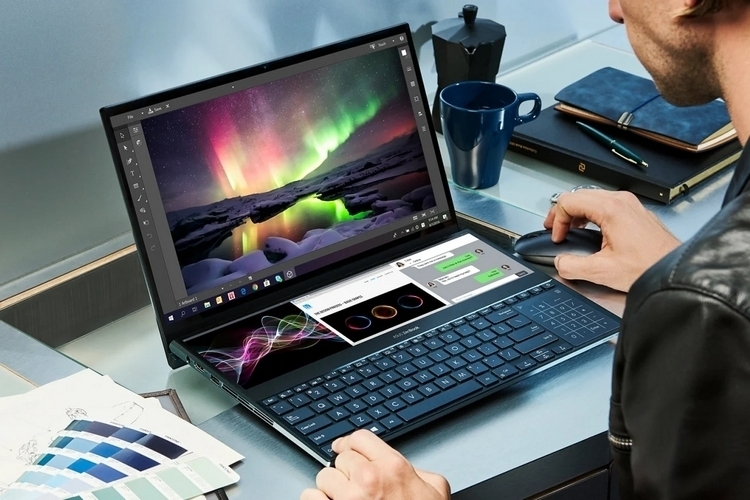 We loved HP’s dual-screen laptop when they announced it last week, as even a small second screen allows for so many multi-tasking options. Of course, seeing all that empty space flanking the six-inch display felt like such a waste. Fortunately, all that unused real estate doesn’t make an appearance in the Asus Zenbook Pro Duo, the outfit’s own take on the dual-screen laptop.

Like HP’s Omen X 2S, the laptop puts the keyboard on the lower half of the laptop’s body, freeing up the upper half to accommodate a display. Unlike it, the upper half doesn’t just get a smartphone-sized display. Instead, they cover the entire section in a single wide screen panel, which should make it a lot more useful for a whole variety of tasks. 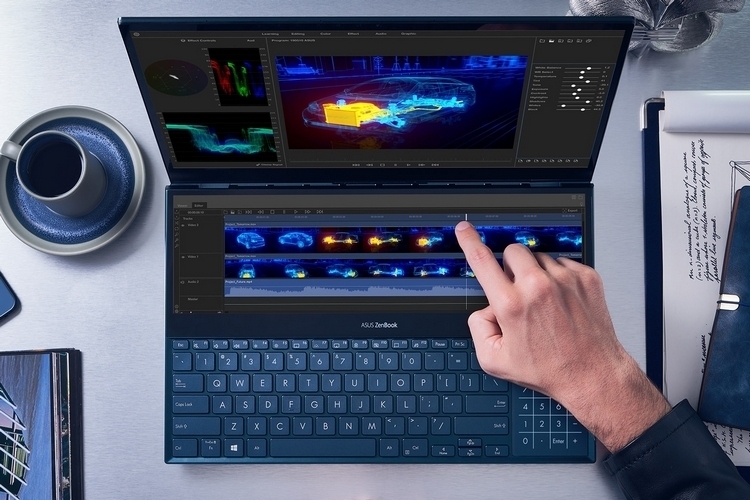 The Asus Zenbook Pro Duo has a 15.6-inch OLED main screen and a secondary 14-inch display, both of them in 4K resolution, making them excellent panels for multimedia projects and gaming alike. The main panel, with its 4K resolution and 100 percent coverage of the DCI-P3 color gamut, is highly attractive all on its own, but the secondary screen is, without a doubt, the primary attraction here. That’s because the 14-inch 32:9 aspect ratio screen isn’t just meant for showing secondary information, as it comes with active stylus support, so you can write notes, draw sketches, and perform other pen-based tasks right on that panel.

Despite the smaller profile, all those activities should be easier on the second monitor, too, since it’s angled more in line with the table, so it can feel like working with a pen-and-paper setup. Asus actually wants the second screen to function similar to the Touch Bar on modern MacBooks and they’re working with several software makes to provided dedicated layouts to take up the space. 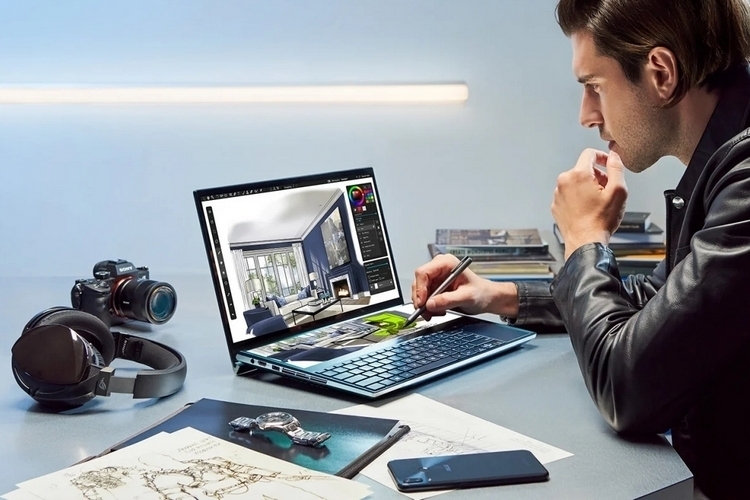 Under the hood, the Asus Zenbook Pro Duo can be outfitted to serve as a productivity laptop, a creative workhorse, or a powerful gaming PC. At the top end, it can get a 2.4GHz Intel Core i9 CPU (with all of its eight cores and 16 threads), two GPUs (integrated Intel UHD 620 and Nvidia GeForce RTX 2060), up to 32GB of DDR4 RAM, and a 1TB of SSD storage. It has a 71Wh battery, which should be good enough to power a regular laptop for a few hours, although the two screens on this thing means it’s not likely to hold up for very long. Suffice to say, you’ll mostly be working within the vicinity of a power outlet with this thing in tow. 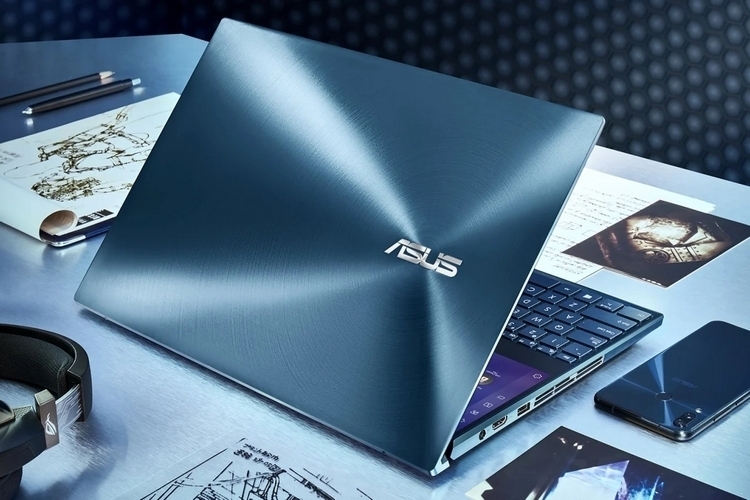 It’s got the usual wireless connectivity options, along with a smattering of ports, such as one Thunderbolt 3 slot, two USB Type A, one HDMI, and an audio port. Being one of the outfit’s premium laptops, this Windows 10 machine comes decked in an aluminum body that measures just three-quarters of an inch thick, so you get quite a powerful computer without being saddled with an awkward size.

The Asus Zenbook Pro Duo is scheduled to go on sale in third quarter. No pricing has been announced.