Atari Flashback Portable Revives The Atari 2600 As A Handheld Console 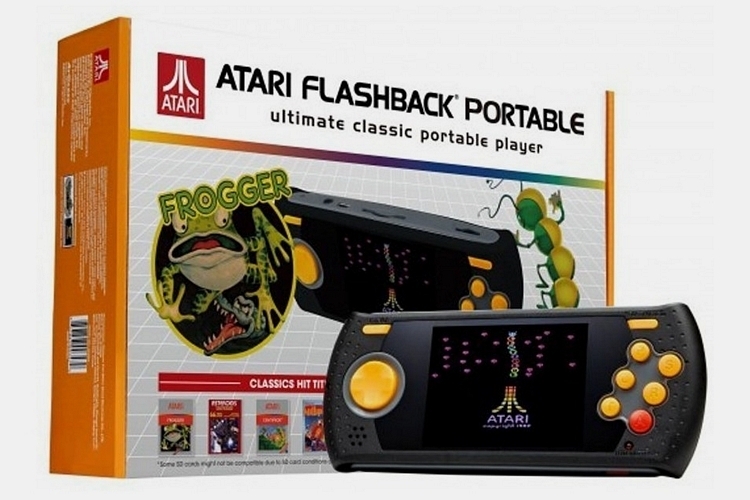 We can’t believe it, either, but retro gaming is still in full swing for some reason. People just can’t seem to get enough of the vintage classics the 80s and 90s left in its wake. Atari has been no stranger to that, as they’ve been doing reissues of their consoles since the early 2000s. This time around, they’re going the mobile route with the Flashback Portable, a handheld version of the classic Atari 2600 console from 1982.

Finally, they finally miniaturized the ancient guts of the Atari 2600 enough to cram it inside a handheld console. That way, you can enjoy playing classic titles like Breakout, Missile Command, and Centipede while inside a self-driving Uber, flying on a jetpack, or commuting on a passenger drone in 2017.

The Atari Flashback Portable has you playing on a 3.2-inch display, although a built-in AV out on top lets you hook it up to a TV for big screen gameplay. Since tactile controls are important for classic button mashers, it gets a round D-pad and six action buttons to satisfy your restless thumbs. It comes with 60 games pre-installed, with an SD card slot for adding ROMs of any other game you can get your hands on online, so you can play, pretty much, everything the platform supported. Features include a built-in speaker and a battery rated at six hours of gameplay. It measures 5.5 x 2.5 x 0.75 inches (width x height x depth).

Available now, the Atari Flashback Portable is priced at $49.99.

Let us take a closer look at this nostalgia item to see if it is worth a buy for Atari fans or not. 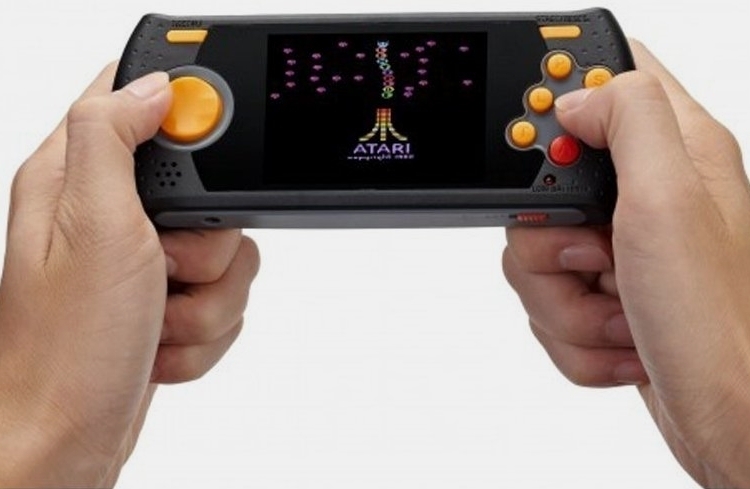 Build Quality and Design – This miniature version of the fan favorite Atari 2600 has great build quality. The product feels solid and rugged in the hand. Being rugged is very important especially for portable gaming consoles as they are used in all sorts of situations, they are prone to drops. The device is lightweight and compact. It comes with the dimensions of 5.5 x 2.5 x 0.75 inches.

The design gives both old school and modern vibes. The bright and colorful buttons give it an attractive look. A 3.2in display, speaker outlet, six control buttons, a DPAD and two extra start and menu buttons dominate the front end of the product. The device feels comfortable in the hand and provides a good grip that helps during long gaming sessions. The top part contains the mini plug for AV output, SD card slot, volume controls and mini USB port that is used for charging. The bottom of the device contains the earphone jack and the power control button. Overall, the device looks and feels quite good.

Control Options – The device comes with six main action buttons and a DPAD for controlling the gameplay. On top left and top right of the handheld, you can find one button as well. One of these is a start button while other is a menu button.

All of the control buttons give a satisfying feedback and are very comfortable.

User Interface – The device is quite simple to use thanks to the clean interface. The product comes pre-loaded with a plethora of games. When you turn on the system, you are greeted by a screen that contains games presented in the form of columns on a page. On each page, you can find two columns of games. You can navigate through the User Interface by making use of the DPAD. The Up and Down buttons are used to navigate through the games, the left and right buttons are used to change the pages. On the last page, you can find the option for the SD card browser that allows you to browse games present on your SD Card. 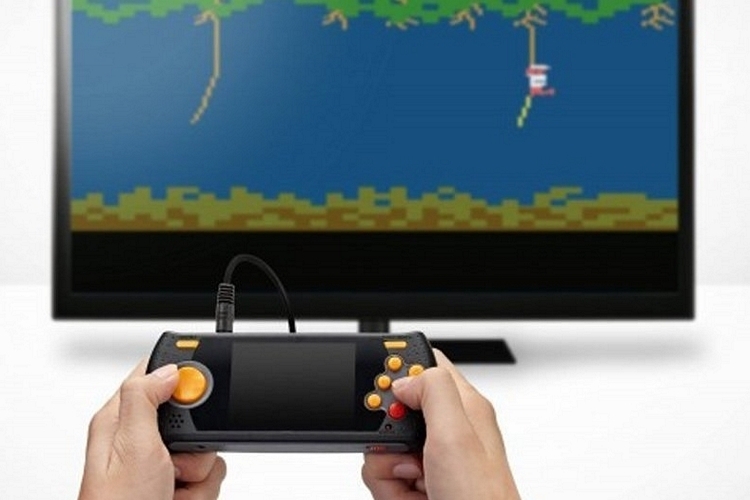 Games – This mini handheld device comes with 60 built in games. The games look quite good when played on the crisp 3.2in display of the Atari Flashback Portable. The game library includes some of the best titles that were released for the Atari 2600. All these games alone make up for the price of the system, they can provide countless hours of joy. Given below are the games that come pre-loaded on the system:

On top of this, the device also comes with an SD card slot that can holds cards of up to 8GB. From the User interface, you can access the SD card browser that allows you to load ROMS of your own choice on the system from your SD card.

Battery Life – This Atari Flashback Portable offers a good battery life. When you first receive the device, it is suggested by the manufacturer that you charge it for about 11 hours so that it reaches its full capacity. Afterward, a full will require about six to seven hours depending upon the amount of charge left in the system. The product provides gameplay of around 5-6 hours on a full charge.

Extra Features – This handheld comes with some great features such as the ability to output the games on the big screen via an AV cable. The process is a bit complicated though. In order to connect your system to the Television, you need to use 3.5 mm A/V to RCA cable. However, the effort is well worth it, this feature turns the system from a tiny handheld into a full-blown Atari 2600, the games do not hold up quite well on modern large screen and high res TVs. However, that is acceptable as the Atari 2600 and its games are quite old, and the games were never designed to run on such Televisions. Another great feature is the earphone jack. The included SD Card slot is a great bonus as well, as it allows you to extend the already robust library of built-in games with great ease.

Conclusion – The Atari Flashback Portable gaming console is a great addition to the collection of any Atari Fan Boy. The product reminds us of the good old days of Atari.

The crisp 3.2in breathes new life into the old classics. The rechargeable battery provides a good backup for on the go gaming. The product feels comfortable in the hand and the controls provide a good feedback. Perhaps the best thing about the system is the games, it comes pre-loaded with a whopping 60 games and has the ability to run games via an SD card too. The TV-out option is an added bonus that allows the system to be used as both a handheld and a home console.

This device cannot replace your original Atari 2600. However, if you want to take the Atari 2600 experience with you anywhere, this is the device that you need. With this device, you are getting a premium experience at a budget-friendly price. The device has its drawbacks such as lack of a paddle controller that makes many games unplayable and no TV output via HDMI, but these are just small issues that are overshadowed by all the pros of the device. This device is a great buy for both newbies and old fans. For newbies who want to experience the Atari 2600, this device is a good starting point as it comes pre-loaded with some great games. For fans who want to relive the Atari 2600 experience in a handheld format, this system is worth a look.