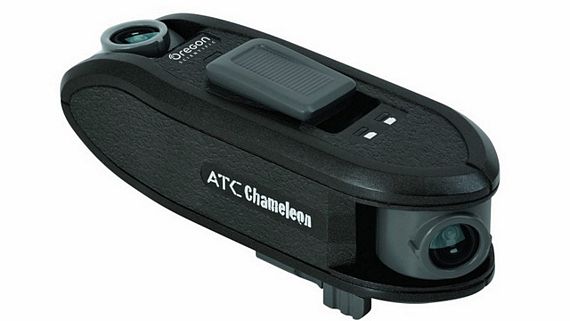 It’s going to be hard to beat GoPro’s reign on the action cam market.  And we’re guessing that’s why new entrants will have to get creative.  The ATC Chameleon does just that, packing the ability to shoot front and back, so you can get two clips of the ensuing action.

Made by Oregon Scientific, the rugged camera captures two separate videos: one in the front and another in the back.  That way, you can record the path you’re biking downhill on while also capturing how you look like during the ride.  Same with a kayak, with one lens taking in the view and the rear camera taking a shot of you paddling, or whatever action sport you enjoy taking part in. 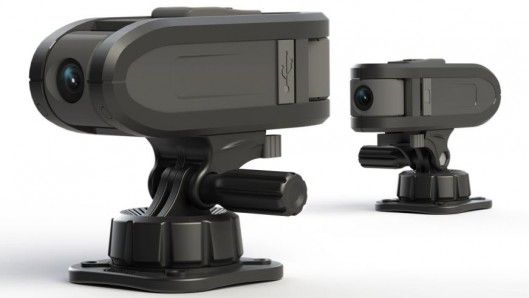 The ATC Chameleon does this by packing a pair of adjustable lenses front and back, each one with a 180-degree field of view.  The front lens can pan horizontally while the rear unit pans vertically, allowing you to adjust the angle so you can capture exactly the scene you want.  Each camera can record 1280 x 720 pixel feeds, which the onboard software then combines into a single hi-def clip with the two shots juxtaposed side-by-side (either left-right or top-bottom).  Designed to complement rather than replace your existing action cam, it can only be used for side-by-side shots — you can’t turn off one or the other.

There appears to be no built-in LCD, so having a speaker onboard is a little odd.  Features include 30 fps videos, built-in mic, automatic exposure and white balance, microSD card slot (32GB), rechargeable battery (rated at 2 hours), and an optional 60m waterproof housing.