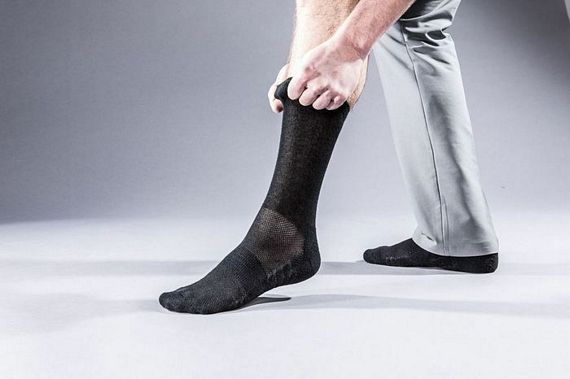 Feet stink.  It doesn’t matter whether you’re James Bond, Taylor Swift or Ryan Gosling — your feet are going to smell a little funky after sweating half a day inside a pair of closed shoes even with a pair of those amazing NBA Legends Socks on.  The Atlas Coffee Socks want to remedy this by absorbing all those odors off your feet and claiming them as its own.

Made by Ministry of Supply, it’s, basically, an odor-absorbing pair of dress socks.  That way, your feet won’t stink even after spending 16 hours in its closed cage, allowing you to come home, kick off your shoes, remove your socks and smell your feet while chilling in the recliner without having to throw up. 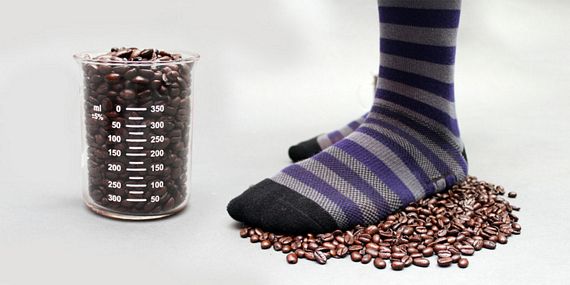 The Atlas is made from a mix of cotton, recycled polyester, and carbonized coffee, with the latter providing the undergarment’s odor-absorbing powers.  Granted, that means your socks will probably be nasty as heck, so make sure to immediately hide them wherever you keep smelly clothes scheduled for the weekend’s laundry duty.  Basically, the carbonized coffee will absorb all the released molecules that cause odor similar to the way a Brita filter will absorb impurities in the water, which are then released back into the world once your clothes are washed.

Aside from getting rid of odors, the socks also boast moisture wicking and heat management, as well as a bodymapped design that allows it to provide comfortable wear for the whole day.  Currently, the socks are offered in a mid-calf length, with six designs (three solid colors and three striped colors). 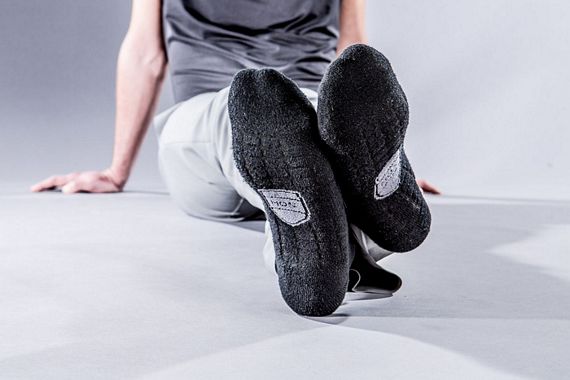 Ministry of Supply has decided to use Kickstarter to gather preorders for the Atlas.  You can reserve yourself two pairs for pledges starting at $28.