Atropos Fortel: This Knife Is Also A Fork, A Machete, And A Mini-Sword 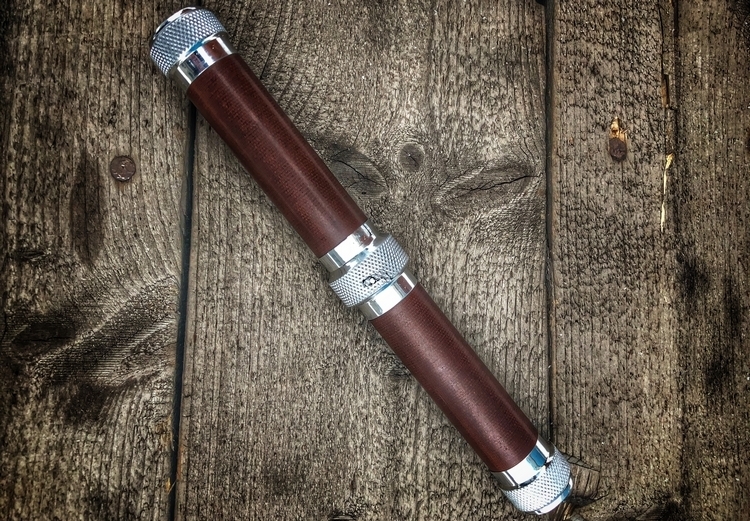 It looks like one of those storage tubes that you can use to hold small items and strap down to a backpack to keep it within easy reach. Well, it isn’t. Instead, the Atropos Fortel is a knife that hides multiple unique elements within that otherwise unassuming shell.

When unlocked, the tube is designed to split in half, with one half serving as a knife and the other half serving as a sheath. Seriously, it’s a great way to conceal a knife out in the open, with people more likely to mistake the tube for a storage box, a flashlight, or, at most, some kind of blunt weapon. 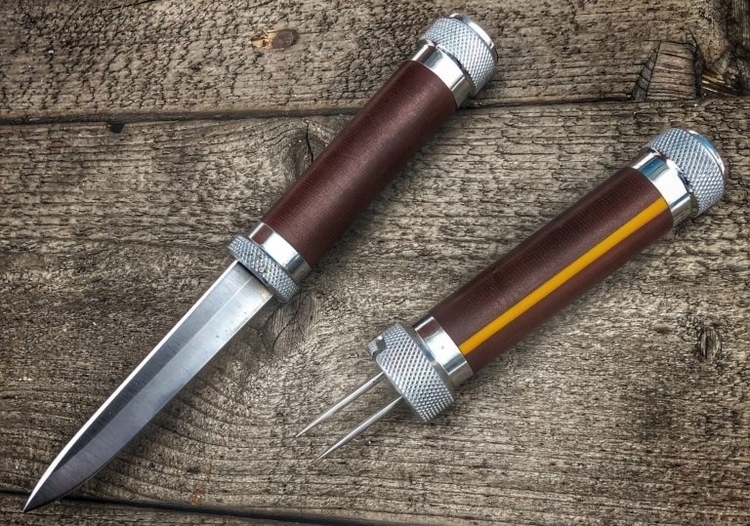 In tube form, the Atropos Fortel has a locking mechanism that you can disengage by simply turning each half of the tube in opposite directions. It locks in quite securely, too, so you don’t have to worry about accidentally turning the tubes while it’s strapped to your pack. When separated, it reveals a knife with a 4.3-inch blade attached to a handle of a similar length, which means this offers plenty of leverage for a whole load of cutting tasks. Whether you’re at home, in the shop, or slumming it out in the wild, this is the kind of knife that can come really handy.

It doesn’t end there, either, as the half of the tube that serves as a sheath also comes with two sharp prongs on it, making it perfectly usable as a fork, essentially getting you two functional cutleries that you can use to feast on a juicy piece of steak while you’re camping. Of course, you can also use the fork as a second weapon and, seeing just how sharp those prongs are, we imagine it will be very potent in that regard. 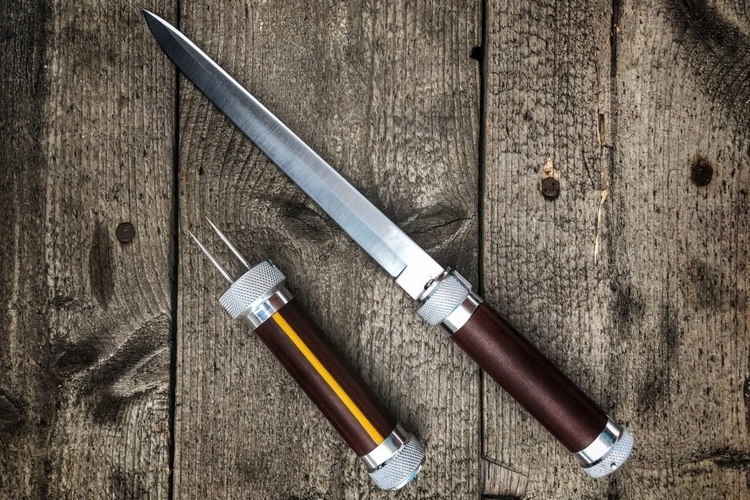 Like we said, though, the Atropos Fortel hides many unique elements. The blade, for instance, is actually 7.7 inches long, with the rest of it hiding inside the handle. To equip the full length of the blade, twist the bottom of the knife to disengage the lock and fold out the handle to reveal the full length of the blade, which, seriously, makes this look more like a machete than a simple knife. Since a four-and-a-half inch handle is a little small for a 7.7-inch blade, you also have the option of attaching the fork tube to the bottom of the knife, essentially doubling the length of the handle and allowing you to hold it two-handed like a miniature sword. Basically, this 8.8-inch tube can serve as dining cutlery, a utility knife, a 7.7-inch bushcraft blade, and a long-handled miniature sword that you can use for whatever joy it brings your way. 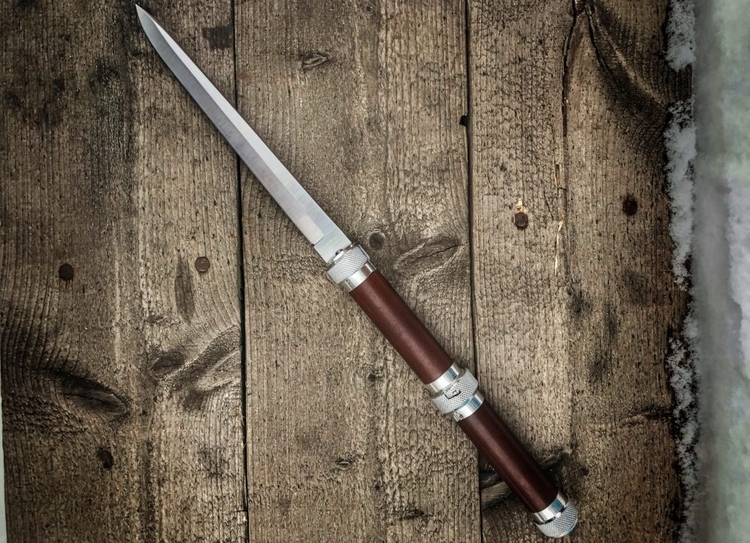 Construction is 440C stainless steel for the blade, Russian micarta for the handles, and aluminum for the tubes, so this thing should hold up to most applications, while being light enough to handle for most individuals. There’s also a smaller “pocket” version if the thing is a tad too big for your needs.

Want one? The Atropos Fortel is available now, priced at $235.