Attack Of The Mobile Strippers 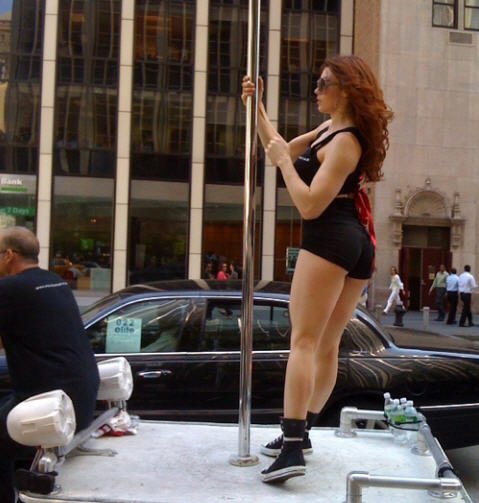 There’s an invasion in Manhattan.  At least, according to reports from midtown locals who found their streets under attack by stripper bikes (or stripcycles or whatever it’s actually called).

Yes, numerous bicycles hauling a cart with a stripper pole have been seen parading around the city.  What were they doing?  Like a mobile strip club of sorts, a guy was pushing the pedals while a scantily-clad woman worked the pole, dancing like it was Happy Hour on a Friday night.  Cheers! 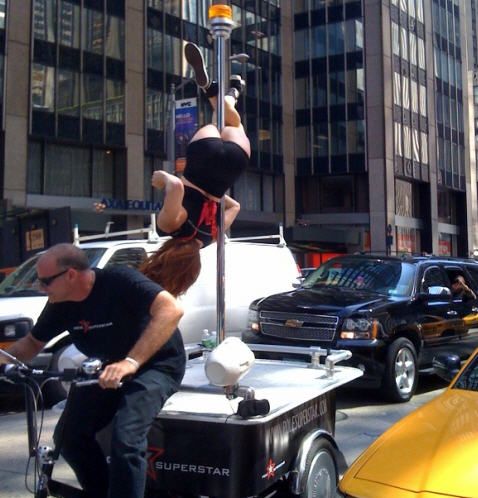 The bikes hauled a complete mini-stage behind them that looked way better than many of the in-home stripper kits you can get online.  Each came complete with two strobe lights, rails (yep, like a real strip club), a spinning pole, siren lights and a sexy dancer who wasn’t clad in a bikini.  Booo!

Those interested in watching what the build-up is for can catch Pole Superstar: The Ultimate Pole Dance Competition first day of next month, at the Highline Ballroom.  You can check the official site below for more details.

[Pole Superstar, photos via The Awl]