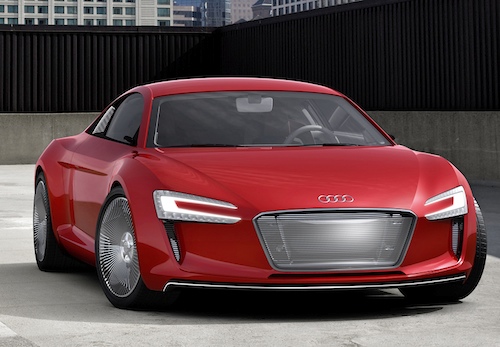 At this year’s Frankfurt Auto Show, Audi is showing off a re-imagining of the R8 sports car if it were an electric vehicle.  The result, while it’s just a concept (and will likely stay that way), is an impressive gas-less powerhouse called the E-Tron.

Since one motor isn’t about to match a sports car’s performance, Audi outfitted the ride with four electricity-powered machines.  Together, those four motors produce a respectable (though not entirely overwhelming) 313 bhp, but a ridiculously high 3,319 lb/ft of torque, a number they claim to be the same as that of a Patton Tank.

The E-Tron should get a top speed of 127 mph, with a decent 0 to 60 jump of 4.8 seconds.  While 4.8 seconds of acceleration along that distance isn’t exactly supercar performance, a rolling start proves otherwise, as the vehicle goes from 37 mph to 75 mph at only 4.1 seconds, no doubt a result of the astronomical torque, tempered by the onboard electronic torque-vectoring system.  Range is a bit shoddy for longer trips at only 154 miles, though. 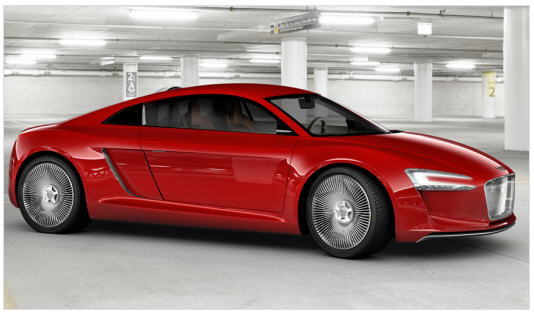 Like many electric car concepts, Audi fitted the battery panel along the back of the passenger cabin.  According to the company, this allows it to have the most optimal center of gravity, facilitating a front to rear weight loading that approximates that of the regular R8.  Other details of the forward-looking (though, unlikely to ever happen) ride include a thermal management system, climate control (which uses waste heat from the electrical unit, among other things) and a new computer system that networks it to other elements in the vicinity to minimize accidents and traffic congestion (basically, the car interfaces with other computers in its surroundings, such as those in other vehicles and various infrastructure).

As you can guess, the Audi E-Tron Electric Concept was meant as a showcase for the manufacturer’s  various new technologies, instead of something to look forward to in the next couple of years.  It’s too bad, because, I really, really would like my car likened to a Patton Tank just for the fun of it.