Luxury automaker Audi showed off a bunch of new tech at CES last week.  They had a striking new RS 5 Cabriolet and a gorgeous crossover Q7, but the highlight of their booth was, hands down, the Audi R18 e-Tron Quattro. 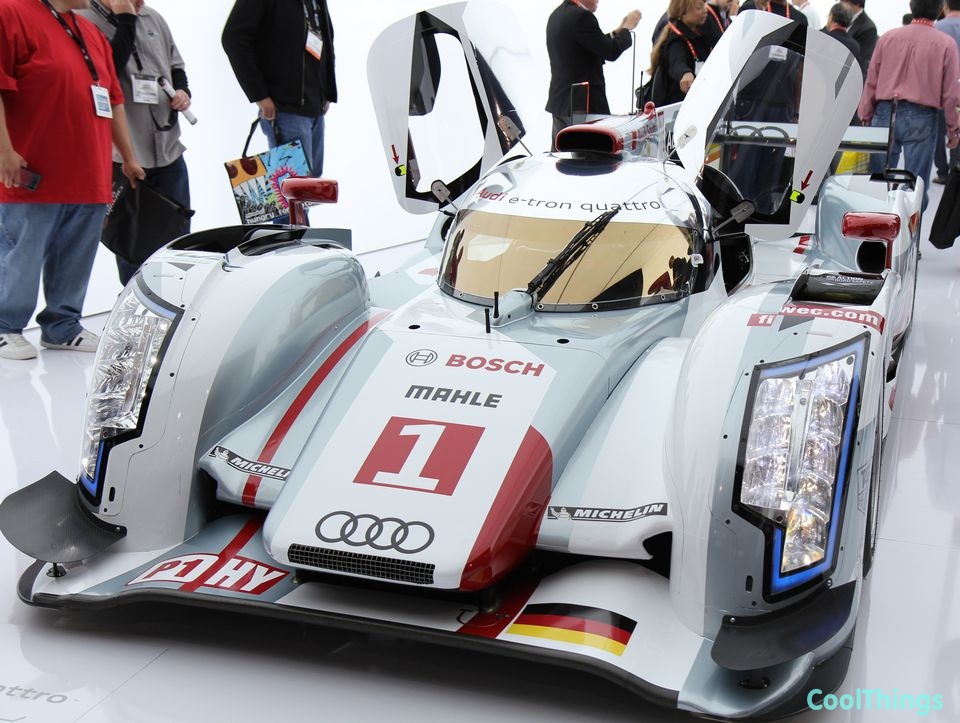 The winner of the Le Mans 24 Hours 2012 race, the car was, easily, the center attraction in Audi’s ridiculous white light booth.  From the muscled exterior to the sci-fi-quality interior to the cutting-edge drive mechanics, it’s a car you will definitely ogle admiringly like a wide-eyed kid in a toy store and likely continue to think about while driving back to the hotel in your rental sedan.

The Audi R18 e-Tron Quattro is a diesel-fueled hybrid, powered by a 3.7-liter V6 TDI engine, capable of generating 510 horsepower and over 627 pound-feet of torque.  An innovative motor generator unit sits in the front axle, transforming energy produced during braking into direct current that’s amplified by a flywheel in the cockpit.  That extra electricity is then used to juice a pair of electric motors that drive the front wheels, allowing all four wheels to literally run at the same time (hence, the quattro in the name), a serious technological feat when you’re trying to outpace everybody else on a track.

Inside, a cornucopia of buttons and switches occupy the dashboard, immediately fueling childhood spaceship fantasies.   Since relying on shaky mirrors at high speeds just isn’t a great idea, it also comes with an OLED rearview display, showing images captured from a roof-mounted camera.

Last year, Audi has hinted at the possibility of the R18 being produced as a road-going supercar.  Yep, that beast.  On the highway.  Next to you.  Even better, R&D head Wolfgang Dürheimer has described the proposed supercar as a “straightforward derivative” of the Le Mans winner, so it’s going to be an absolute exotic.  While we’re not certain if it’s actually going to happen, it might be wise to begin pooling all your extra cash to come up with the half or so million dollars a limited edition of this thing will probably go for if you want one. 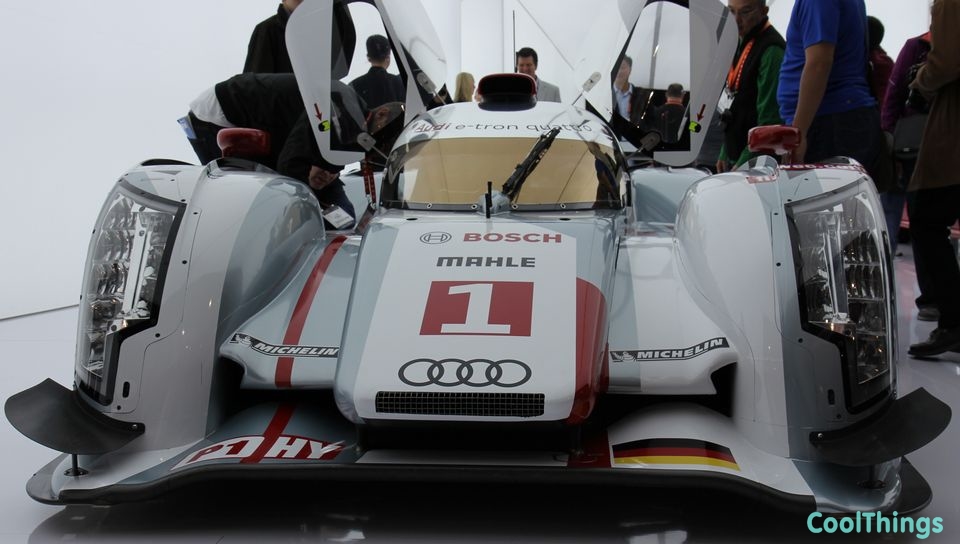 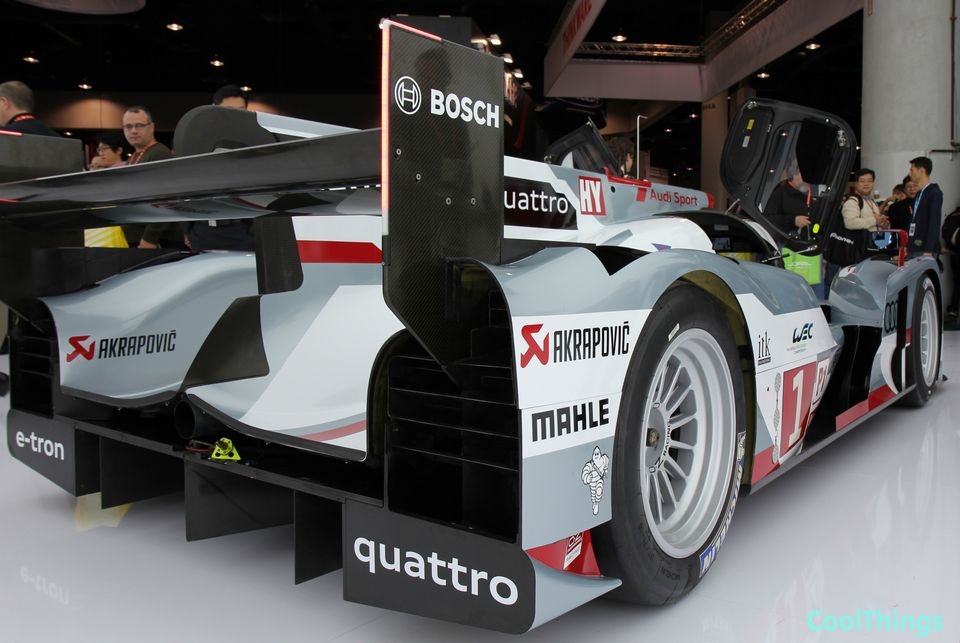 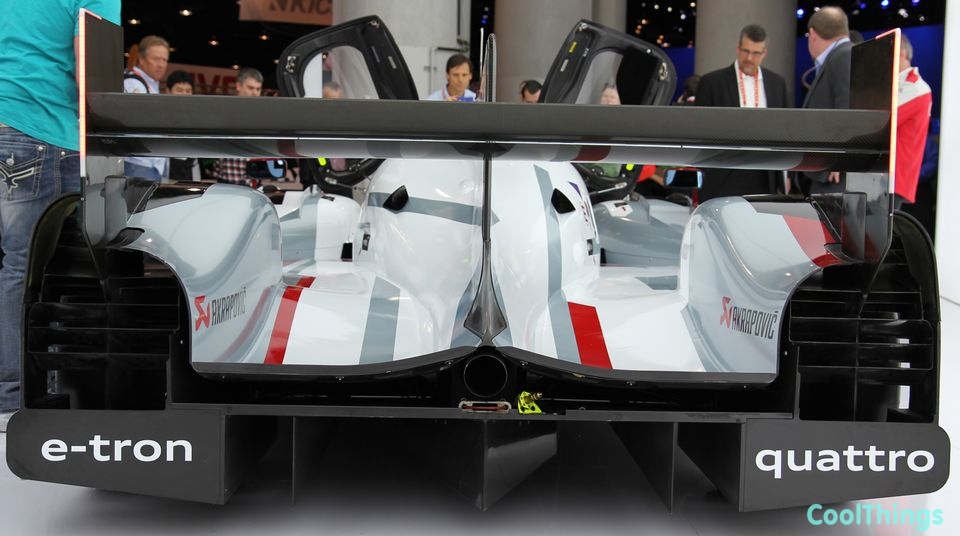 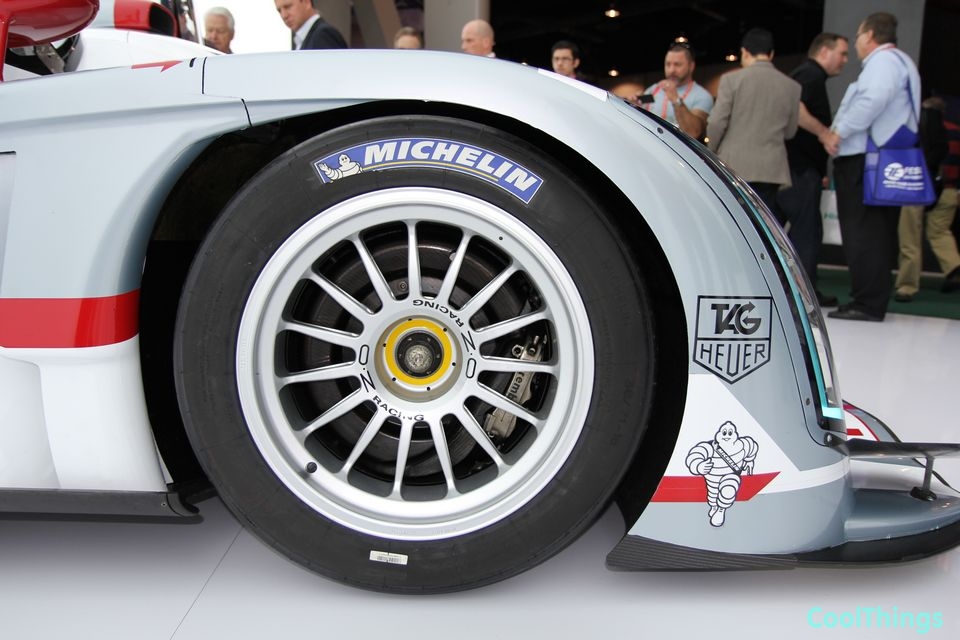