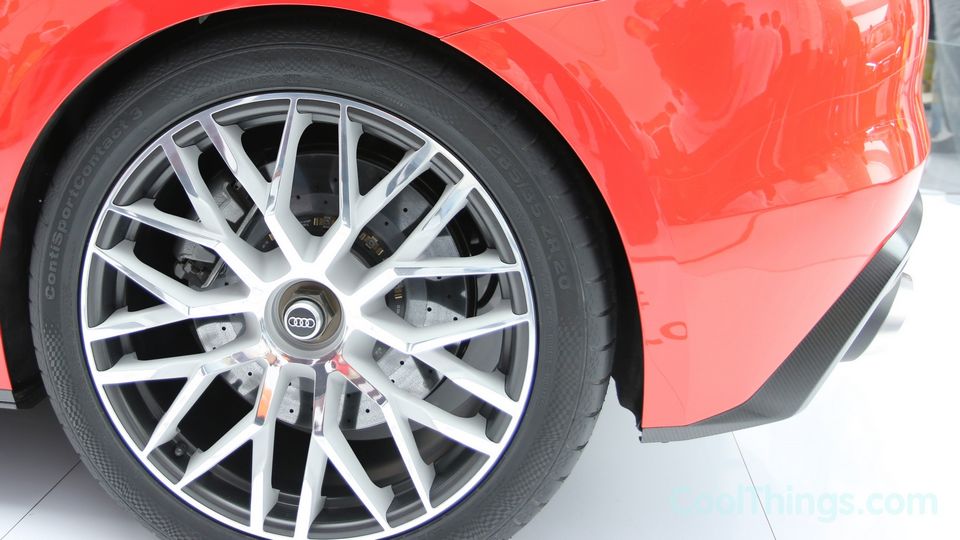 In case you still aren’t convinced that lasers make everything better, a quick trip down the CES aisle would probably have swayed your faith.  This time around, lasers give the quest for a better headlamp a giant leap forward with the Audi Sport Quattro Laser Light Concept Car.

An adaptation of the Sport Quattro concept car shown at the  Frankfurt Auto Show, it brings a 700-horsepower hybrid powertrain, carbon fiber body panels, and large wheels.  None of those are the star of the show, though: instead, it’s the vehicle’s futuristic lighting system that fires off badass laser beams.

The Audi Sport Quattro Laser Light Concept Car features dual headlamps that combine matrix LED and laser light technologies.  An outer element generates the low beam light courtesy of  a matrix LED and an aperture mask, while the inner unit shoots off the laser light.  Because lasers are awesome, the beams can illuminate up to 1,640 feet of the road ahead (a third of a mile), giving it double the range, and triple the brightness of current high-end LED beam headlights.  This is the same lighting tech, by the way, that will be used by the R18 e-tron quattro for its races this year.

The automaker claims the new lighting system is safer, sharper and more efficient.  Obviously, the high-brightness laser beams make for better visibility for the person in the car, but what about those vehicles coming at you the other way?  According to Audi, these won’t dazzle oncoming drivers the way traditional high beams do, so that shouldn’t be a problem.

Enjoy the images from the show. 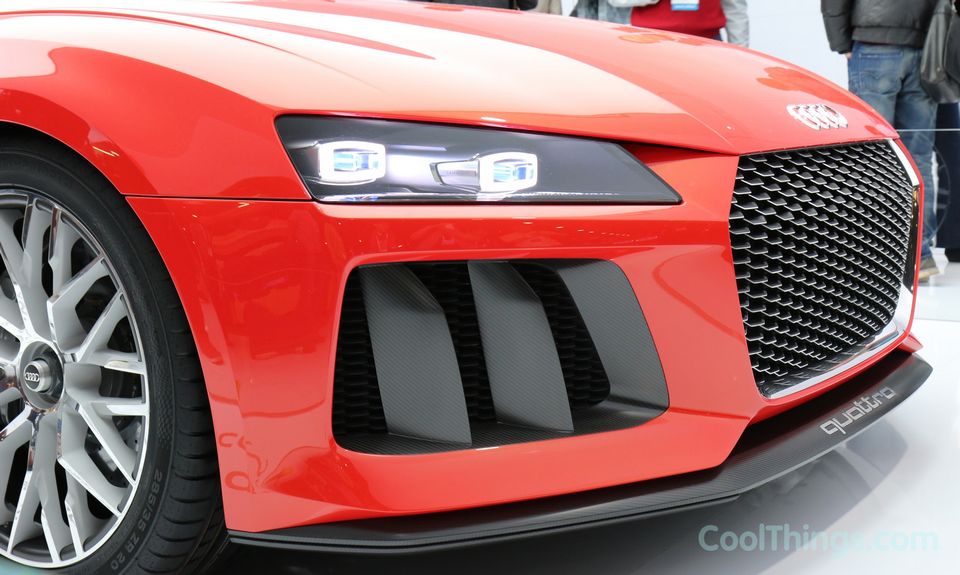 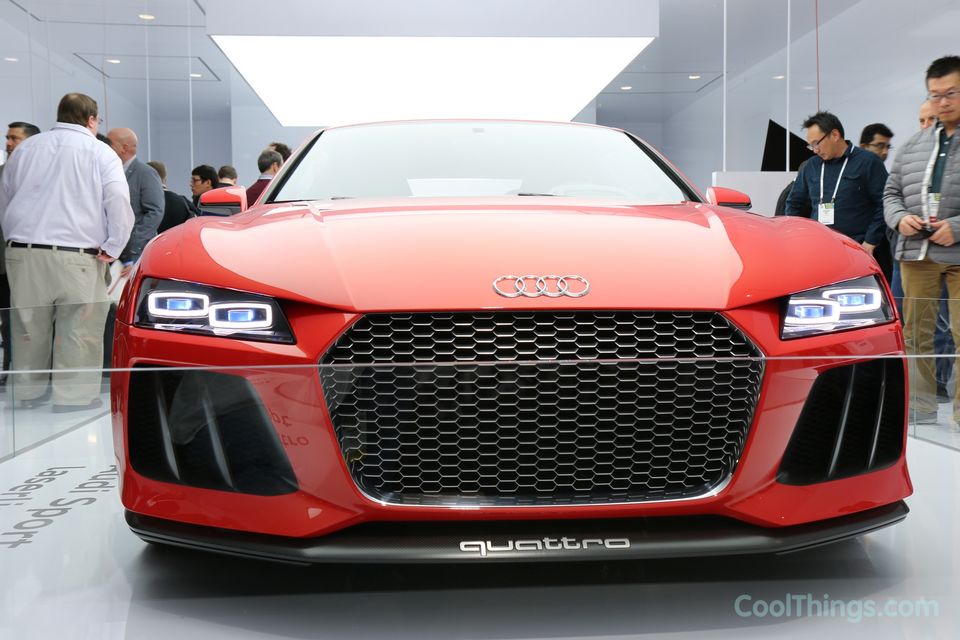 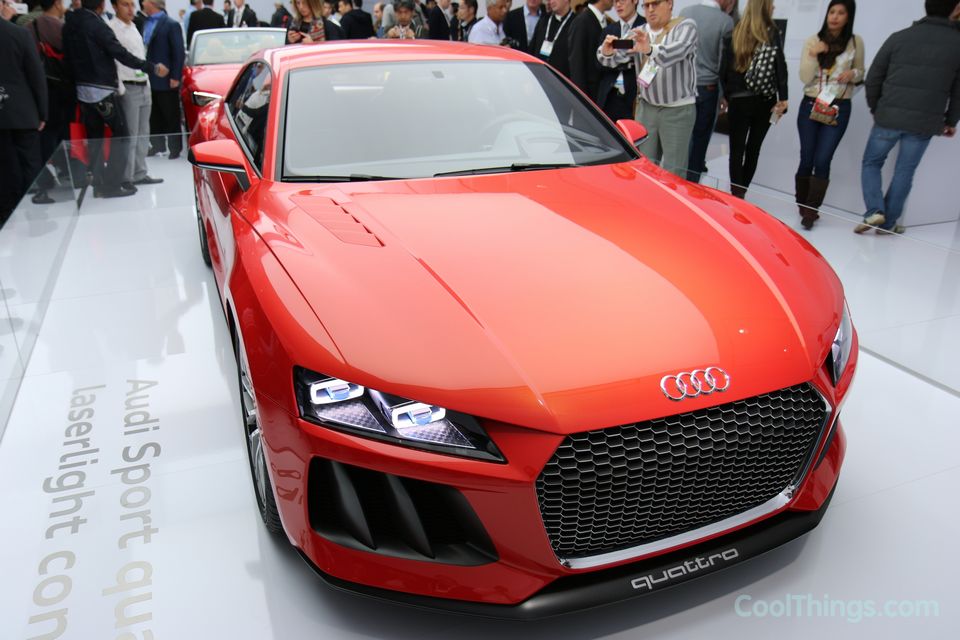 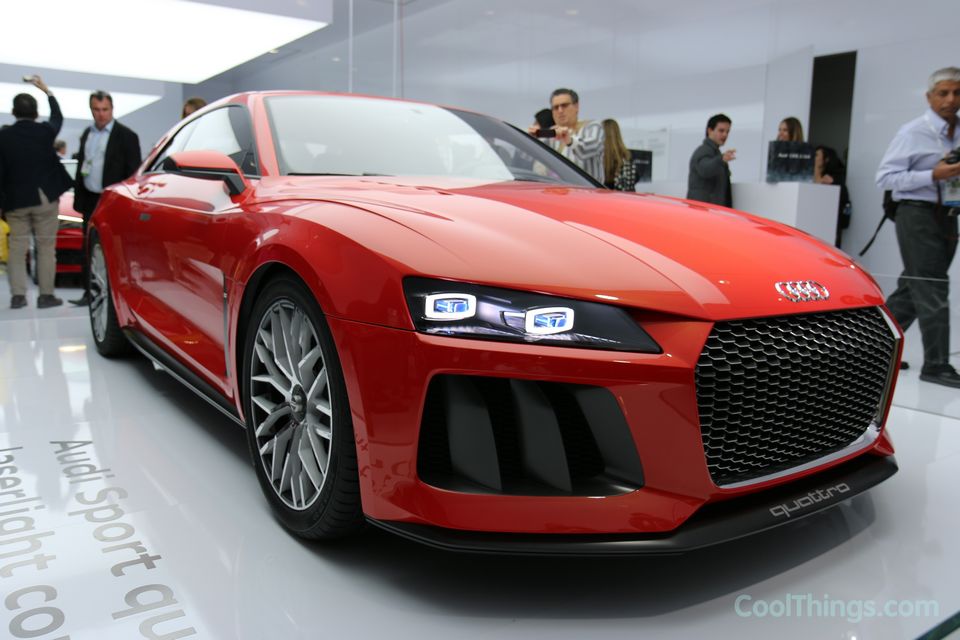 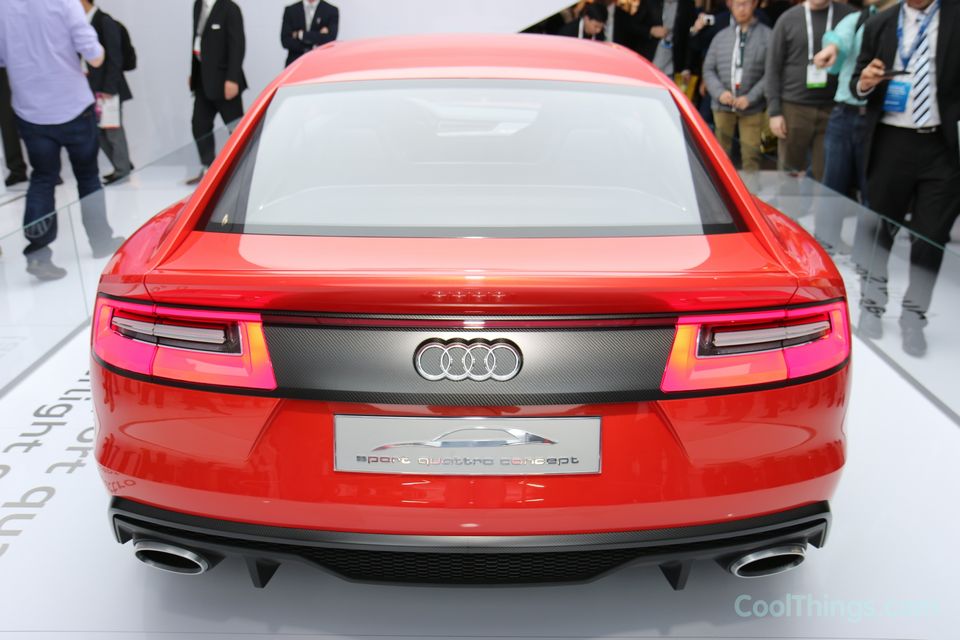 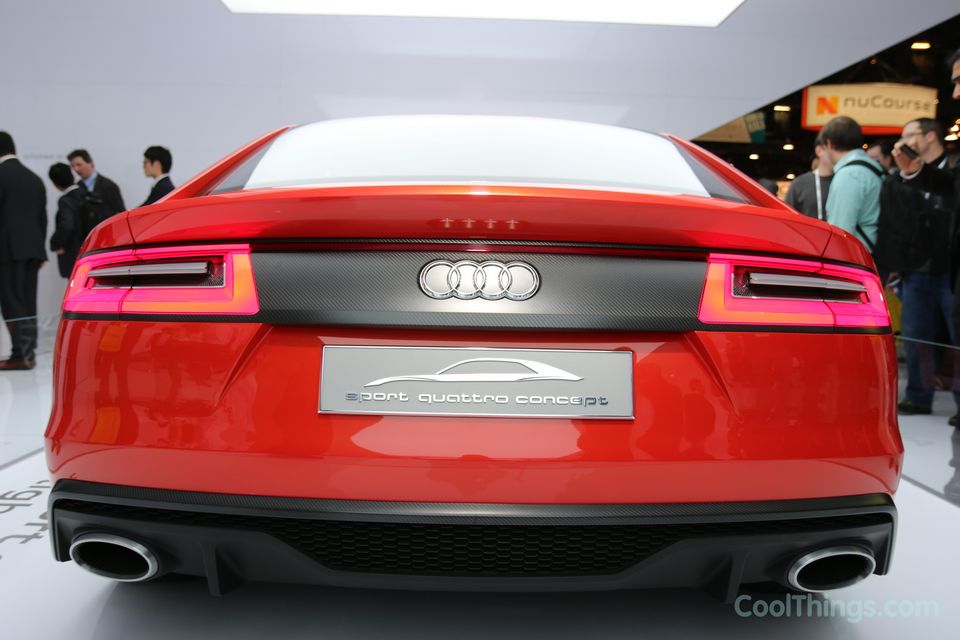 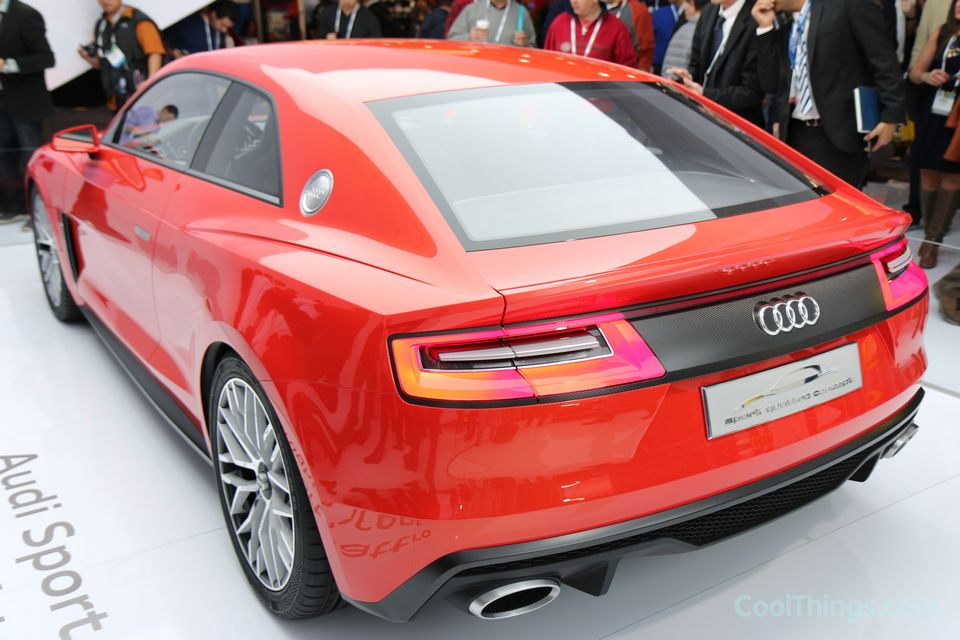 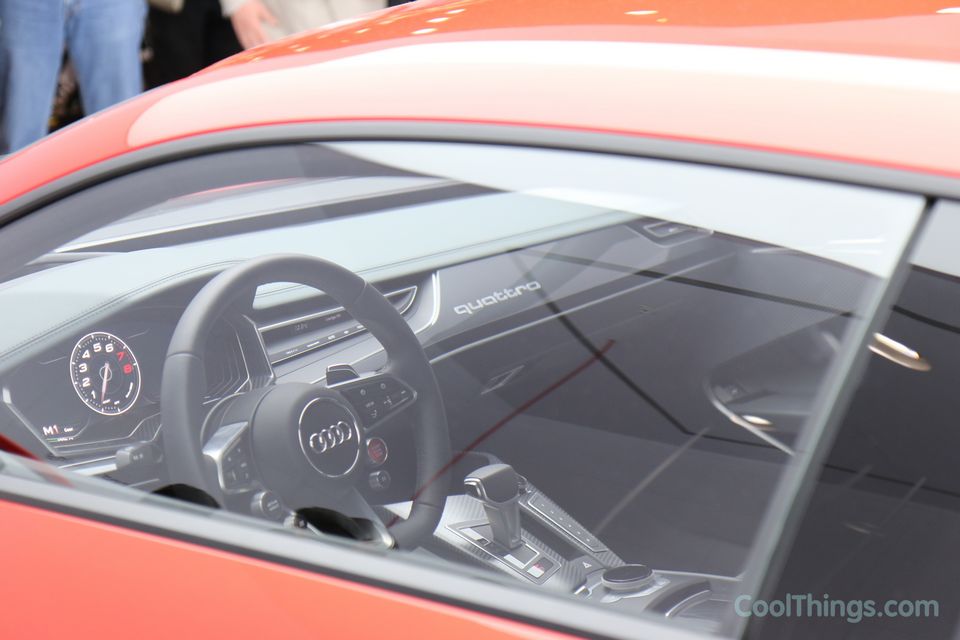 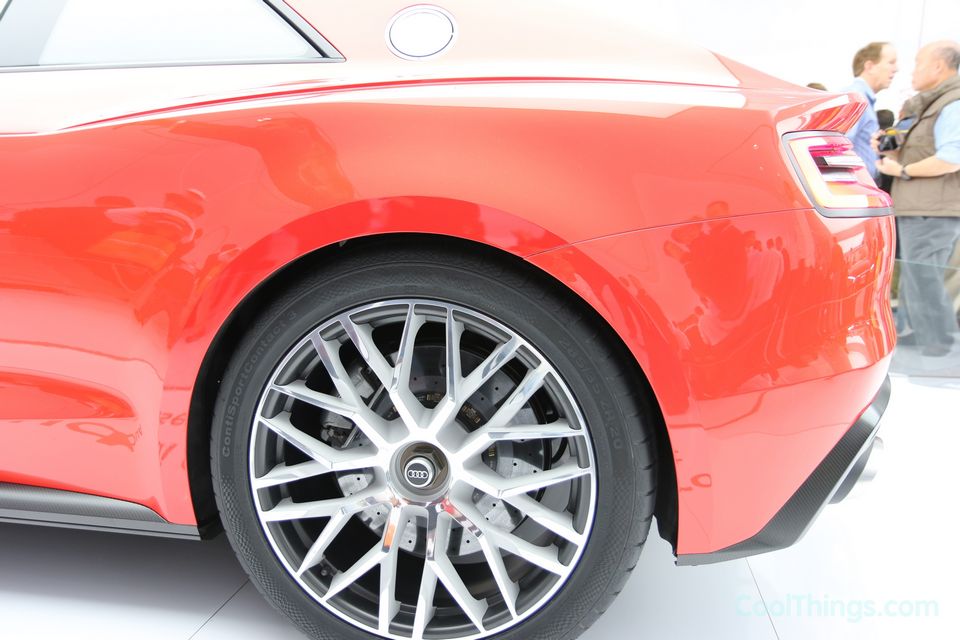