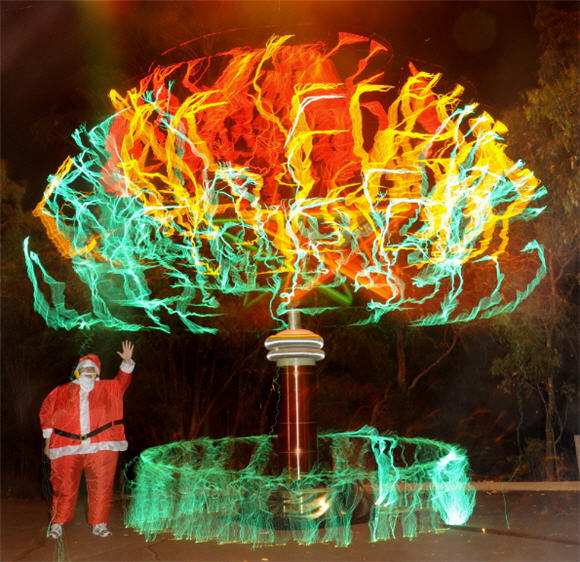 Peter Terren has achieved some amount of fame with his Tesla coil photography, which he fondly refers to as “electrickery.”  His latest, a nine-meter high Christmas Tree (well, that colorful lightshow is supposed to be one), has to take the cake for what it has so intensely captured, though.

Using a Tesla coil that transforms mains power up to 500,000 volts and some slick slow exposure photography, he managed to turn the mass of electrical sparks and zaps jumping all around the place into a full-fledged holiday decoration.  Of course, it only looks like that in pictures.  If you see it in person, it wouldn’t be half as spectacular – it’s all just white sparks jumping in uncontrollable fashion. 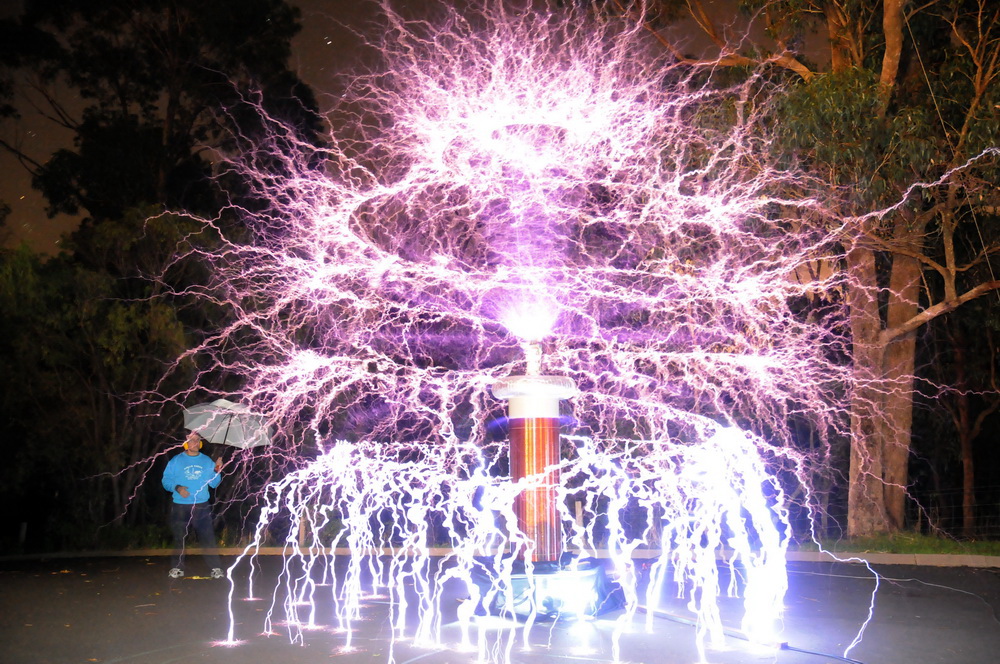 So, how did he take that awesome shot?   According to Terren, the image started with a switched-off Tesla coil.  Over a period of two minutes (at which point, he also caused poor television reception and lights dimming inside their house), he started lifting the rods to guide the sparks, switching filters on a Nikon D300 camera across a range of colors, allowing him to produce the final picture.  Naturally, he stayed within a good distance of that contraption – you’ll likely be electrocuted into the 13th dimension of existence if you come anywhere near it. 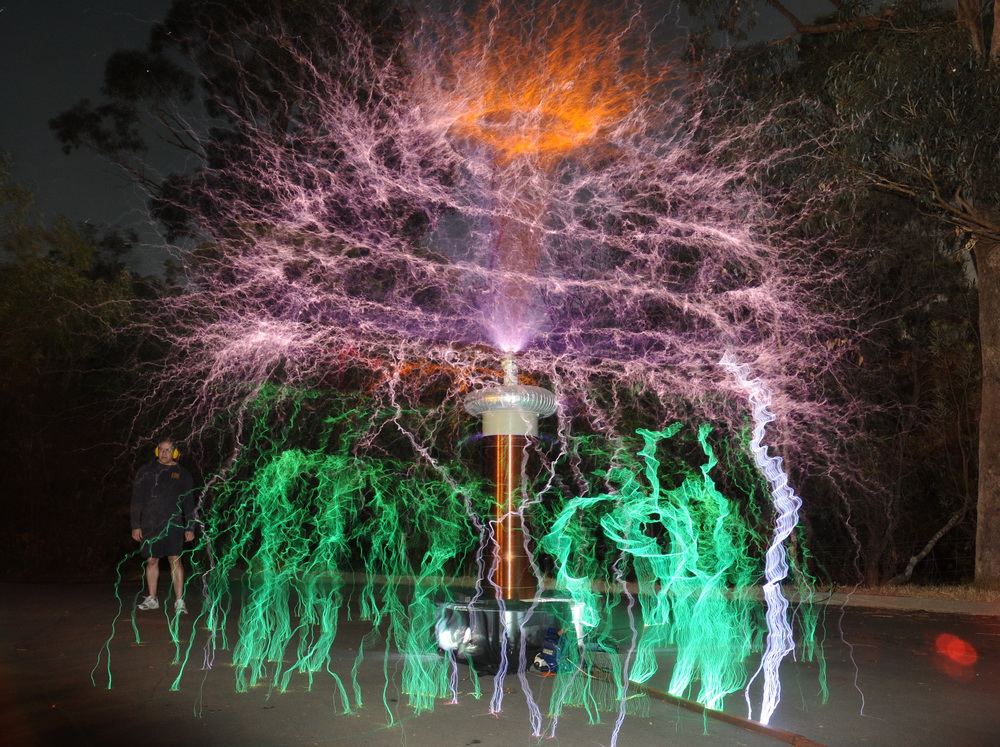 An amateur physicist who does the experiments for fun, Terren’s creations have been featured in multiple media outlets worldwide, including magazines and television programs.  You can check out his site for a full rundown of how he set the whole Tesla Coil Christmas Tree up, along with photos from behind the scenes of the mighty impressive shoot.

[More pics and info at Tesla Down Under]