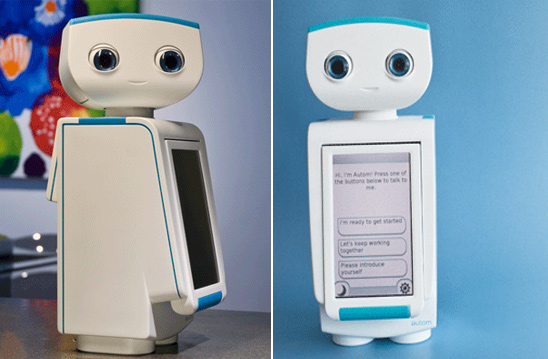 Since you’re doing such a poor job of keeping your weight loss regimen, you may as well get someone to nag you senseless. A Hong Kong-based startup thinks the best nagger for the job is Autom, a wide-eyed, tabletop robot designed to serve as your 24-hour fitness coach. I, for one, think it’s a genius idea. What personal trainer can be more heartless than a bundle of steel and electronics, after all?

Created by Intuitive Automata, the robot will readily talk you through your daily diet and exercise routines. In turn, you can communicate with it using an LCD touchscreen on its body, punching in your food intake, physical activities and other information on a regular basis. 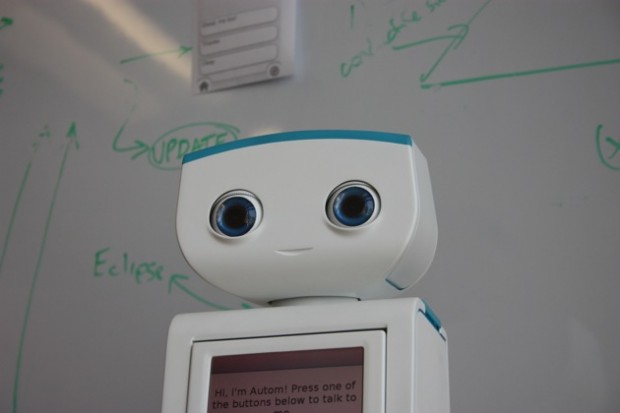 Autom is a 15-inch tall robot, with a movable head, a cute face and a fixed pair of legs. The robot parts don’t appear to actually do much. In fact, they may as well have just created a talking tablet handheld and stuck it onto a doll. Lead developer Cory Kidd says the automaton form helps users humanize their “coach,” though, making the process of using a weight loss monitoring program a more personal activity.

No two conversations between you and Autom will supposedly be alike, a testament to its advanced conversational ability. The robot is designed to wirelessly connect to the web too, where it’s expected to store all of a user’s information and progress.

According to Kidd, they conducted a study of 45 dieters in the Boston area, measuring the effectiveness of Autom, compared to either a PC-based diet program or a pen-and-paper setup. Those using the robotic coach reportedly stuck to their diets twice as long as the more traditional methods. Honestly, though, I think they’re going to need more concrete numbers to convince users to fork out the expected $400 price for the device, along with a monthly plan for the service. Yep, just like all fitness coaches, this one’s gonna cost you.