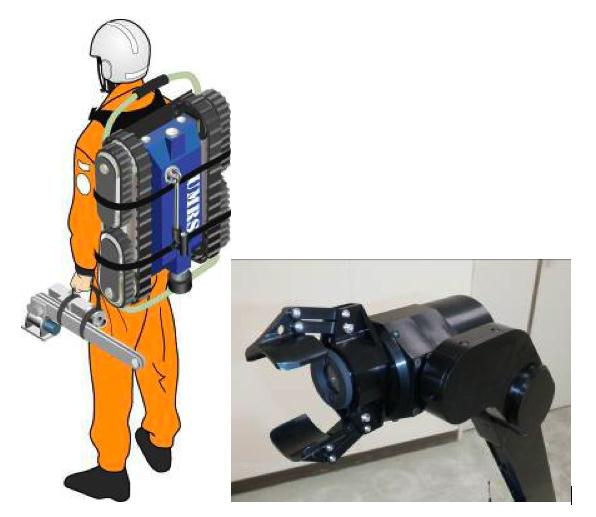 It’s official. You can’t lock robots inside the house anymore. A new robot arm from Japanese manufacturer BL Autotec should be able to reach out for the doorknob and open the door when attached to an emergency droid, clearing the way for the rest of their robot cavalry to escape.

Yep, the damn golems don’t have to fire steel-melting lasers or launch obstacle-blasting missiles anymore. All the limbed robot has to do is wield its mechanical arm, give the doorknob a tight grip and turn its claw to loosen the bolt. Even scarier, the mobility robot they designed to take the arm can strap around people’s shoulders like a backpack, allowing it to ride you like its own personal beast of burden. Yikes. 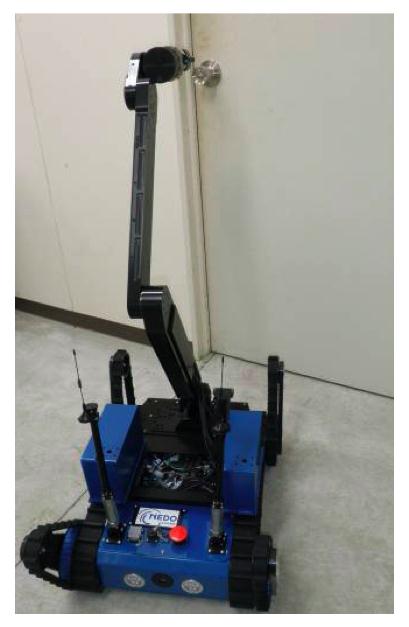 Autotec’s robot arm features four shafts that let it stretch to a full meter long and a specially-shaped claw for managing all that door-opening action. The hand comes with a built-in CCD camera and LED light, allowing its operators to see what’s going even while in the dark. Its counterpart body is a small form-factor automaton with tank treads for mobility. Both components can be controlled from a single source and are designed for portable handling (the arm can be folded, while the 75-lb robot can be hoisted on a very strong rescue worker’s back).

What is it good for? If you’re a germophobe, you can take it during road trips and have it open the doors on icky public bathrooms for you. In case that doesn’t sound important enough, it’s actually being marketed as a robot for crisis situations (you know, like nuclear, chemical and biological disasters), useful for surveying closed areas where regular, camera-armed mobility robots might not be able to enter.

According to Autotec, they’re planning to sell complete sets consisting of the hand and the treaded robot beginning 2013. Pricing is being pegged at $110,000.