Autothysis SSD: This Hard Drive Has A Self-Destruct Sequence You Can Trigger With A Text Message 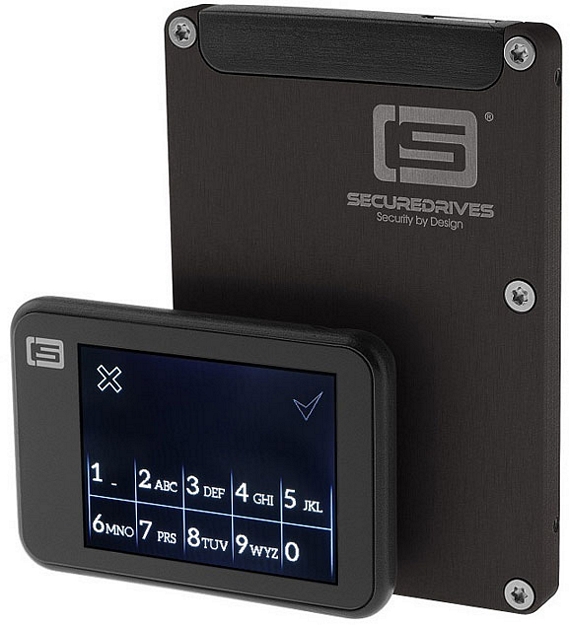 Made by SecureDrives, you can install it in an open drive bay on your laptop or desktop, as well as put it in an external case for carrying around – just like regular storage modules.  Unlike them, you can send the drive a predefined text message that will trigger a self-destruct sequence, giving you an easy way to keep that data from falling into the wrong hands even after your drive is lost or stolen.

The self-destruct sequence isn’t just going to wipe all data on the Autothysis SSD, either.  Instead, it’s also going to fracture the NAND Flash storage and security processor, effectively giving the same result as mangling the drive on a Manual HDD Destroyer.  You’re also not limited to remotely triggering that self-destruct mode.  Instead, you can set for the sequence to be carried out in case the SATA connection is interrupted, any physical tampering is detected, a preconfigured series of taps are made (it has a motion sensor), the internal hard drive battery runs too low (because it’s likely someone is intentionally draining it), or if the GSM hardware signal goes out for a predefined period of time (yep, it’s got its own SIM card to receive your self-destruct text message).

Aside from the self-destruct capabilities, the drive comes with 256-bit encryption, which can use either a physical token or a smartphone app for secondary authentications.  These unlocking mechanisms are built into the drive itself (rather than interfacing with the host machine), making them less-prone to tampering than other setups.  Sure, it’s overkill for most people, but if you’re making plans to rule the world, this is the kind of security you’re going to demand from your devices.