Get All Six Avengers Movies Inside Nick Fury’s Briefcase 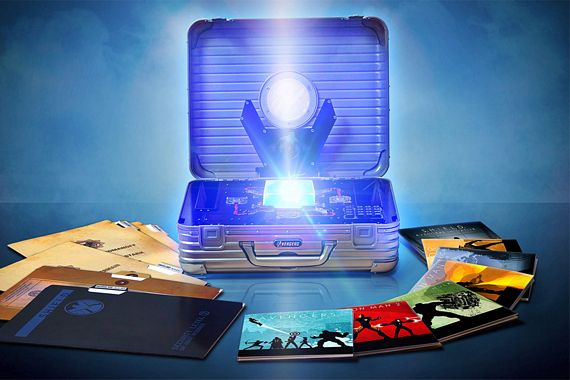 If you’ve seen The Avengers, you know it isn’t the greatest movie ever made.  But you can’t deny it is one heck of an experience.  And if you enjoyed that experience, imagine how awesome it will be to sit through the entire discography of films that tie into the Avengers mythology.  Now you can with the Marvel Cinematic Universe: Phase One.

The Marvel Cinematic Universe: Phase One is a limited edition 10-disc set that’s bound to be a guaranteed collectible, so even less-than-avid fanboys might find it particularly lustworthy.  Aside from the movies, you get a bonus disc (called “Phase One Archives”) filled with “never before seen, classified information,” a glowing Tesseract (that thing they’re fighting over in the Avengers movie), original artwork, prop reproductions and various artifacts from the movies.   The whole collection is packaged in a full-size replica of Nick Fury’s iconic steel briefcase, so you’ve also got something legitimatey awesome to house the entire thing in.

Amazon has the Marvel Cinematic Universe: Phase One available now, attractively priced at $139.96.