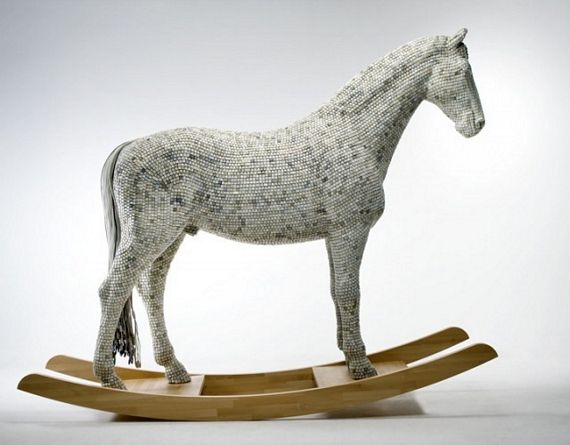 From what we can tell, the Hedonism(y) Trojaner isn’t a real Trojan Horse.  For one, there’s no way you can fit an army of soldiers inside it. Unless, of course, each of those keys adorning its body can transform into a mini-attack robot.  Which would be awesome.

Created by artist Babis Panagiotidis, it’s a resin sculpture of a horse covered in over 18,000 keys salvaged from computer keyboards.  It sits atop a rocking base (yes, like the Pony Girl Rocker) that might make it rideable for kids (not sure what kind of weight it can support, however), although we doubt it’s meant for that purpose. 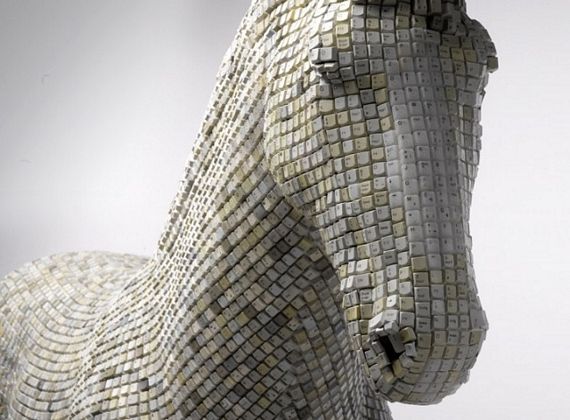 The Hedonism(y) Trojaner doesn’t just draw from the famous story of the Trojan Horse in Greek mythology as its inspiration, the sculpture’s story kind of parallels it a bit, as well.  As it goes, the artist kept the horse in a rented garage, which he, eventually, failed to pay rent for.  Having not received rent money, the landlord then proceeded to clean out the space, including this sculpture, which ended up being dismembered with a chainsaw. 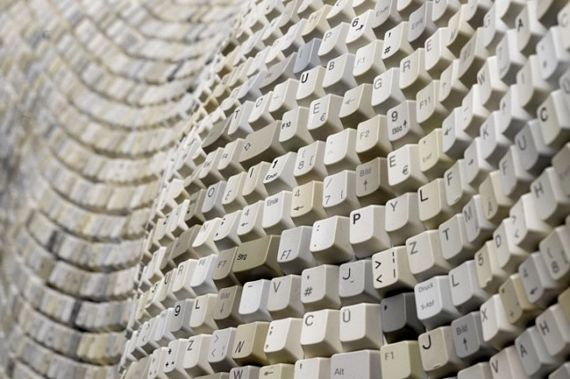 Babis then sought compensation through the German court system, which ended up awarding him a €70,000 payday.  It’s unknown whether the landlord ponied up the amount, but it is quite an illustrative story for a Trojan Horse and its sneaky ways, isn’t it?

According to the artist, he plans to create a second version of Hedonism(y) Trojaner sometime in the future.  Hopefully, he sees the light and installs keys that transform into mini-attack robots — just saying.