Bacon Cologne Makes You Smell Like A Fragrant Swine 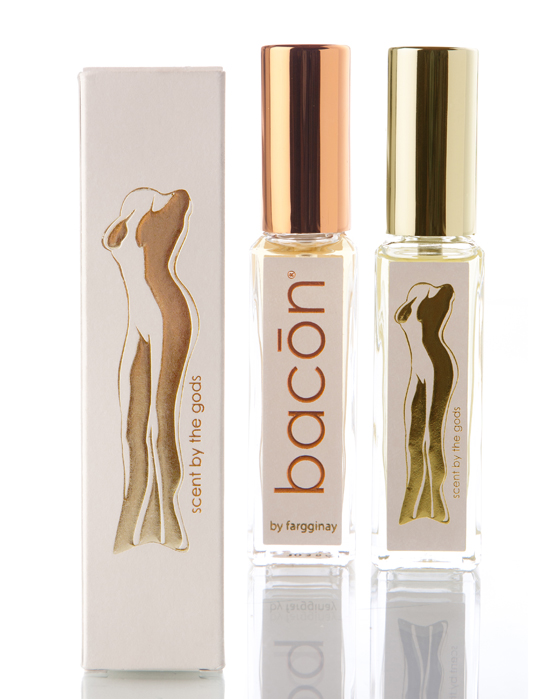 You eat bacon, drink bacon and even heal with bacon.  The result is inevitable — you want to smell like bacon, too.  Now you can with the Bacon Cologne.

Armed with an equally absurd made-up backstory, the product’s web site claims the scent was originally concocted by an early 20th century Parisian named John Fargginay who blended 11 pure essential oils with the essence of smoked, dried and salted swine.  A massive fire in 1924 subsequently burned all traces of the product and its formulation down the ground until someone managed to recreate it today.   Hey, I believe it.

The Bacon Cologne comes in two fragrances: Classic and Gold.  The former combines the distinct scent of bacon with spicy maple, while the latter mixes it with a sizzling citrus aroma.  If you’re a bit iffy about smelling like the fumes circulating in your kitchen while you were frying bacon in the pan this morning, don’t be — the scents are sophisticated enough that people won’t mistake you for a cook at the all-day-breakfast diner the first time you meet.

We’re not sure how it actually smells like, but anything that claims to splash you with bacon can’t be so bad.  You can score a bottle now for $36.