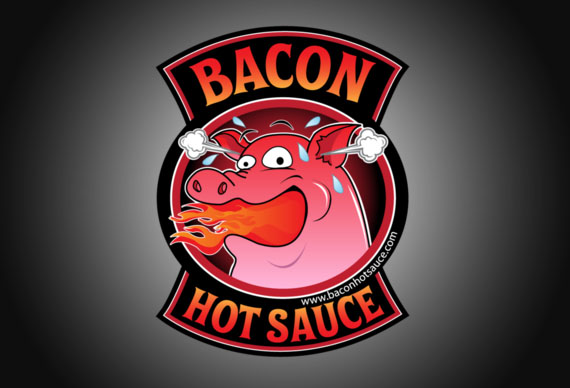 What goes better with everything, bacon or hot sauce? If you answered both, then you best stock up on the Bacon Hot Sauce, a pepper sauce designed to burn your tongue, while lacing it with the sublime taste of cured pig’s meat.

Only eggs in the fridge? No problem. Simply pour some of the spicy liquid on your sunny side ups to enjoy a full “bacon and egg drenched in hot sauce” breakfast. Word of warning, though: spicy foods can aggravate digestive problems and a bacon-flavored hot sauce is so hard to resist. Talk about a dilemma. 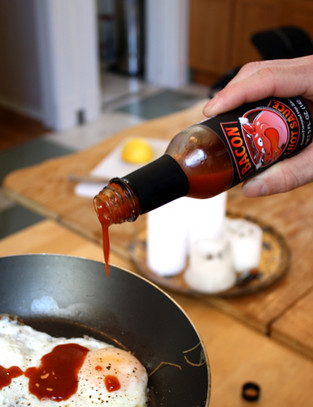 Bacon Hot Sauce is a vinegar-based concoction (like most of its ilk) with cayenne pepper and New Mexico chilies. We don’t know if they ferment it like Tabasco does, but we really don’t care as long as it’s devilishly hot and tastes like strips of heavenly pork. According to its creators, it tastes like a Carolina-style BBQ the first time it hits your mouth, then doles out the burning sensation before finishing up with a burst of bacon flavor. Mmmmmm.

Created by three college friends, the sauce is the product of months spent touring hot sauce festivals and researching the industry. They initially made five different prototypes of the sauce, offering it to lovers of both fares to try. After gathering feedback, they settled on a sixth variation, which eventually became the bottled flavor of goodness they offer to watering mouths everywhere.

We haven’t tasted it yet so we can’t give a knowledgeable recommendation, but how can you resist giving such a perfect combination a try? The Bacon Hot Sauce is available for $6 a bottle.