Baldi Crystal Bathtub Carved From A Single Piece Of Rock 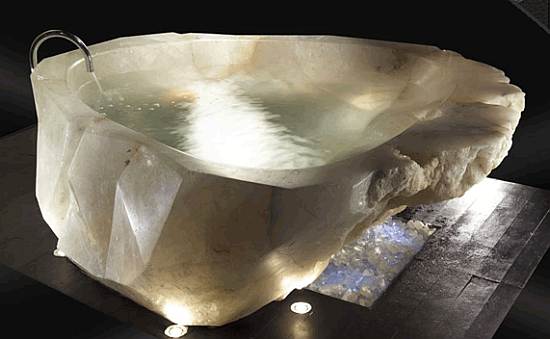 What do you when you find an enormous white rock crystal in the Amazonian rainforest?  For Italian company Baldi, the answer was “crystal” clear: carve it into a luxury bathtub.  Yes, like Fred Flintstone would have done, complete with a wooly mammoth for a shower.

First shown in Milan at I Saloni back in April, the tub is literally a chunk sliced off from the ten-ton slab flown in from the Amazon back in 2006.  It’s only the second bath tub created out of the find, with the first one sold back in 2008. 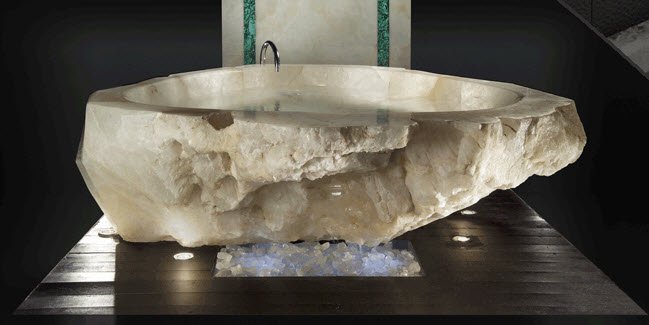 The luxury crystal tub measures 2.5 meters in diameter and has enough room to fit up to three people at the same time.  Sculpted with diamond cuts, it’s been left with plenty of rough edges to retain the natural beauty of the material, making it as much a decorative centerpiece as it is a functional bathroom fixture.  It was designed by Luca Bojola and took six months to finish.

Currently featured at Harrod’s in Knightbridge, the tub will be on display until the end of July.  Like the first bathtub from the same rock (which sold for close to  $860,000), this second one will also be on tap for those with deep pockets.  Price is slightly cheaper at £530,000 (around $790,000).