This Ballistic Wallpaper Will Catch Debris From RPG And Bomb Blasts 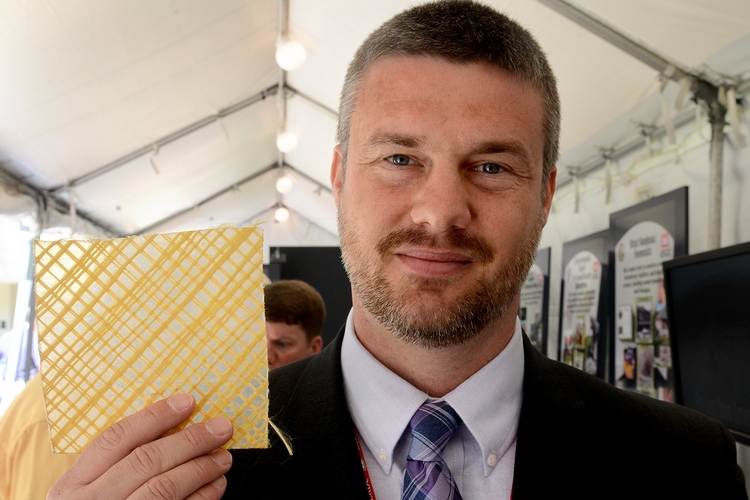 Just because you’re paranoid doesn’t mean no one’s out to get you. So you embrace your paranoia wholeheartedly, wearing your Kevlar vest even inside the house, sleeping with a gun secured under the bed, and having multiple weapons strategically hidden in every area of the house. Here’s the next step to everything-proofing your abode: Ballistic Wallpaper.

Sure, the idea of a bullet-repelling wallpaper may sound silly, since your thick walls are already meant to serve as barriers to threats, after all. This wallpaper, though, won’t just protect you from gunfire, it will also act as a protective net, catching all the debris, in case someone decides to shoot an RPG or detonate a bomb right on the side of your house.

Developed by US Army researchers, the Ballistic Wallpaper is meant for use by troops in the field, who could use the additional fortification to erstwhile unreinforced living structures and temporary shelters.   Made from Kevlar fiber threads enclosed in a flexible plastic film, the wall cover can be applied onto the side of any vertical structure, ready to take the brunt of the force when the wall takes serious damage to keep everyone inside safe. Well, as safe as they can be while being attacked with ammunition strong enough to take out stone and cinder block walls.

The Ballistic Wallpaper was recently demonstrated at a DOD Lab Day.   It’s not yet ready for use in the field, but development is ongoing and the tech sure appears to be very promising.