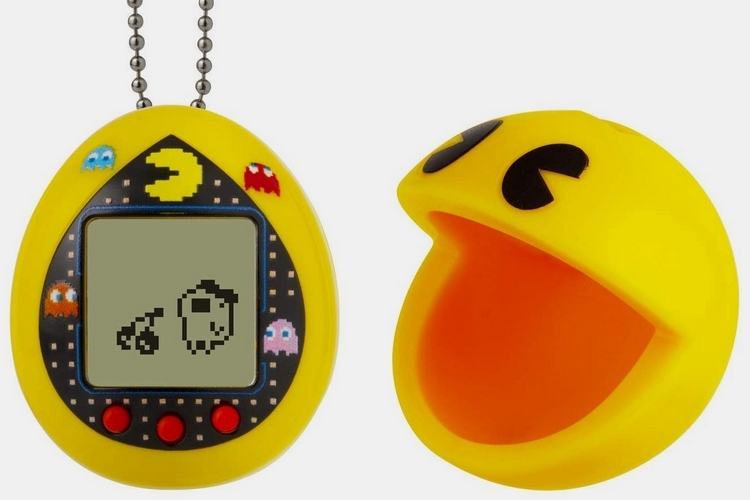 Pac-Man, as it turns out, is turning 40 years old this year. That’s right, everyone’s favorite yellow chomping ball is now a middle-aged yellow chomping ball, so expect the next 12 months to be a showcase year for Pac-Man collaborations.  The Bandai America Tamagotchi Deluxe Pac-Man has to be one of our early favorites, as it combines the classic virtual pet with the first iconic video game character to ever grace our rectangular displays.

No, this isn’t just a Tamagotchi game inside a Pac-Man enclosure. It’s not a Tamagotchi with an integrated Pac-Man game, either. Instead, it’s an actual modified version of the old-school Tamagotchi game, which adds Pac-Man and his ghost antagonists into the mix for an all-new virtual pet experience. 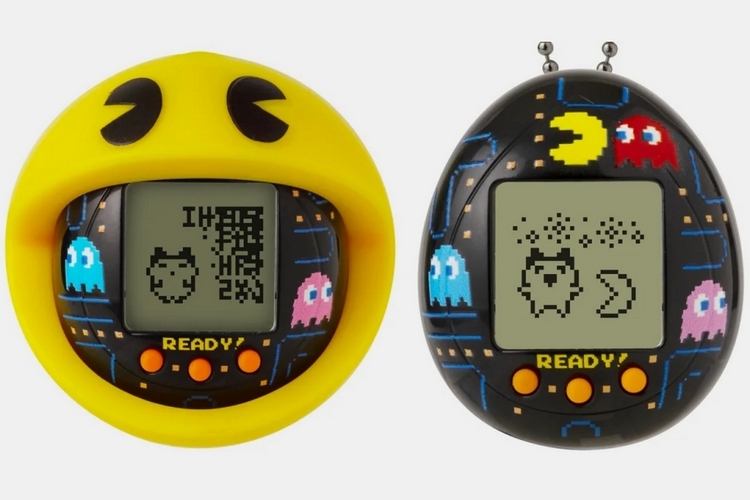 The Bandai America Tamagotchi Deluxe Pac-Man celebrates the yellow 80s icon by putting the Tamagotchi in a Pac-Man themed housing that’s decorated with the endlessly chomping ball, the quartet of ghosts, pellets, and power-ups all around its shell. It even comes with a silicone Pac-Man case that, we guess, is supposed to protect the game, in case you ever drop it accidentally. And yes, it’s completely playable even with the case on, so you can keep your Tamagotchi wrapped in a Pac-Man skin as much as you want.

The most significant collaboration between the two main characters, of course, happen in the actual game. While it retains all the traditional elements of classic Tamagotchi, such as feeding, nurturing, and playing with your pet, it now gets Pac-Man as an in-game friend, which can help protect your pixelated buddy from ghosts, bugs, and other dangerous elements in whatever place it is the Tamagotchis call home. There’s supposed to be a bunch of interactions between Pac-Man and the virtual pet, which should add a whole new dimension of fun to the erstwhile familiar classic. 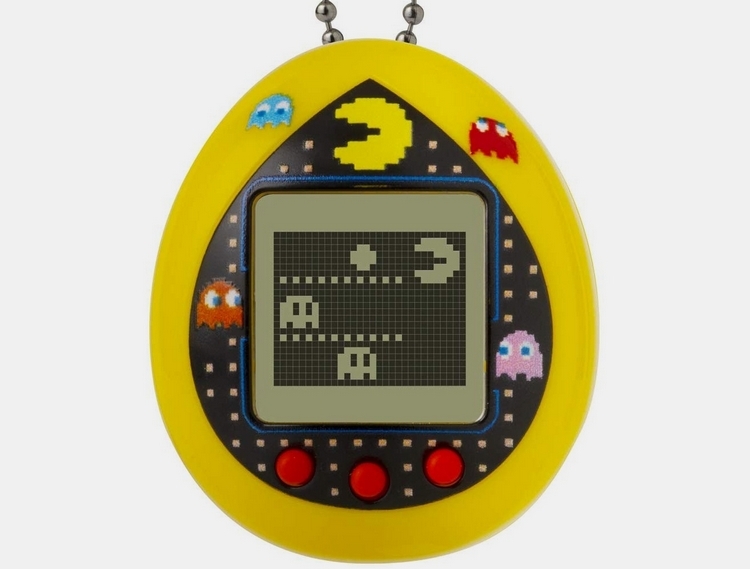 Do note, the Bandai America Tamagotchi Deluxe Pac-Man doesn’t use the modern version of the game. Instead, this looks to be the classic black-on-gray-background Tamagotchi from the 90s (you know, the kind that will get you one of seven possible adult pets), so the gameplay should be a lot simpler than the more elaborate Tamagotchi On. Still, plenty of kids had plenty of fun playing with the Tamagotchis of old, so we have no doubt this will deliver on the entertainment as well, especially with the inclusion of Pac-Man, Blinky, Pinky, Inky, and Clyde. Granted, we don’t know how to tell one ghost from the other without any color, but we guess you can imagine any ghost that appears onscreen as any of the four. 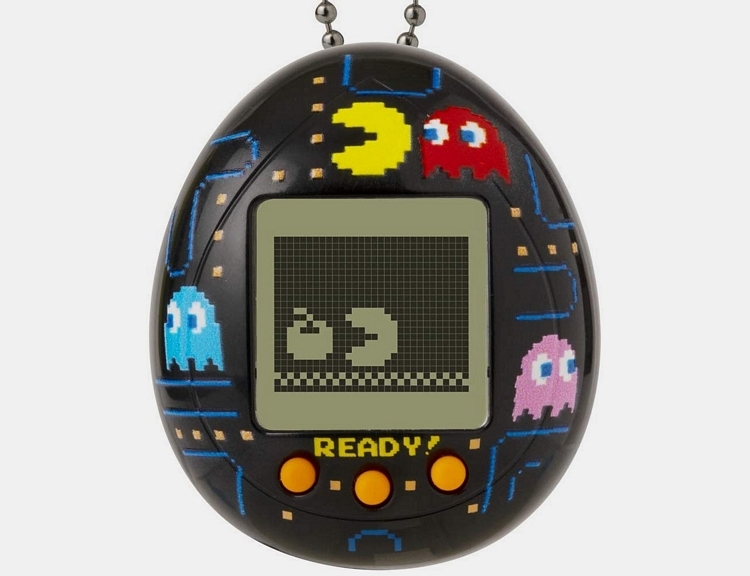 Aside from the main Tamagotchi game, it also includes two bonus games: Pac Game and Catch Game. We’re not entirely sure what those are, but we imagine they’re just simple arcade-style games to change things up when you get sick of petting a virtual creature. It’s powered, by the way, with a coin battery, so it’s easy to replace once the power drains off.