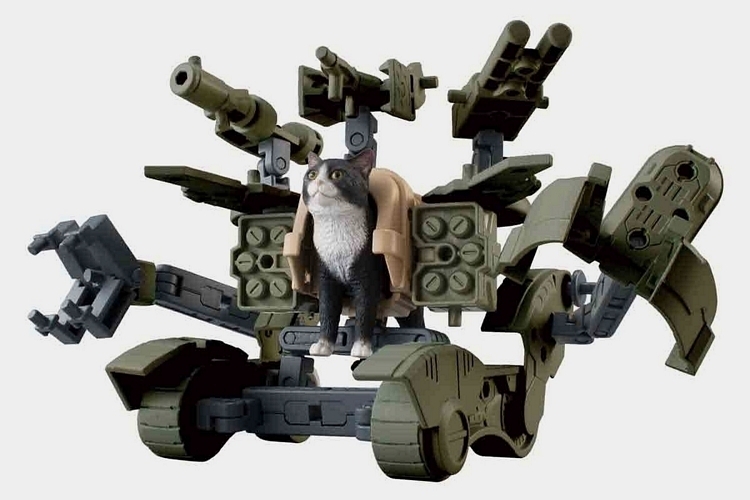 If you’re going to keep a pet around in a post-apocalypse world, it might as well aid you in the chaos you’re likely to encounter. That includes all the firefights you’re bound to take part in as you look to survive and stake your claim in the new world. If you have a cat, for instance, wouldn’t you rather have it walking around like the Bandai Spirits Cat Cat Tribute?

Yes, that’s the real name of a real toy. And yes, that cat dressed in a veritable mountain of munitions is the real toy. Why? Because a cat dolled up in a weaponized mech suit is so much more useful than an adorable pet that’s just sitting there, minding its own business. In other words, it’s ten times more awesome. 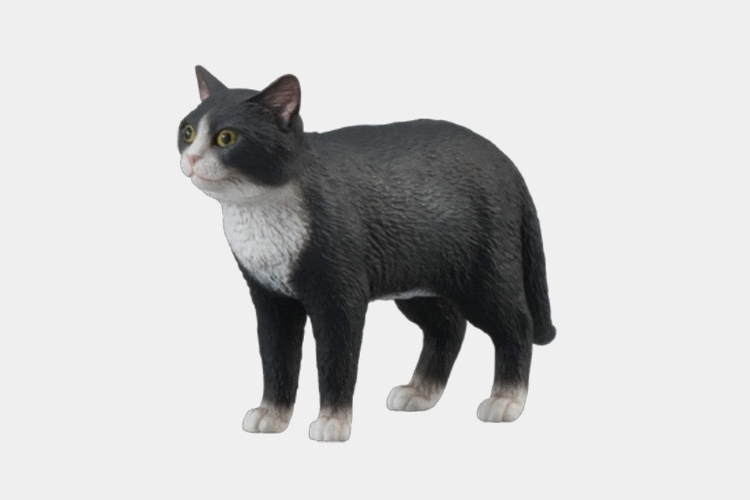 The Bandai Spirits Cat Cat Tribute, basically, turns a humble cat into a mecha warrior battle cat, armed with rocket launchers, different types of guns, a giant claw, and a mobile platform with a set of off-road wheels to let it go where it pleases. We’re assuming the cat operates them all using some kind of telepathic connection or maybe everything just commences firing as soon as the cat squeaks or something. Yeah, that sounds more fun.

This isn’t a sculpted figure, by the way, but a modular toy, so you can detach and use each component separately, allowing you to play with just the cat if all you want is an adorable pet while allowing you to assemble different parts of the mech suit as its own weapon. From what we can tell, you can build five separate weapon sets with the individual parts, including one with the cat sporting rocket launchers on its sides. That means, you can dress up your cat with a minimum of weaponry, instead of looking like a standalone battle station, which is what the darn thing looks like when the whole set is put together. 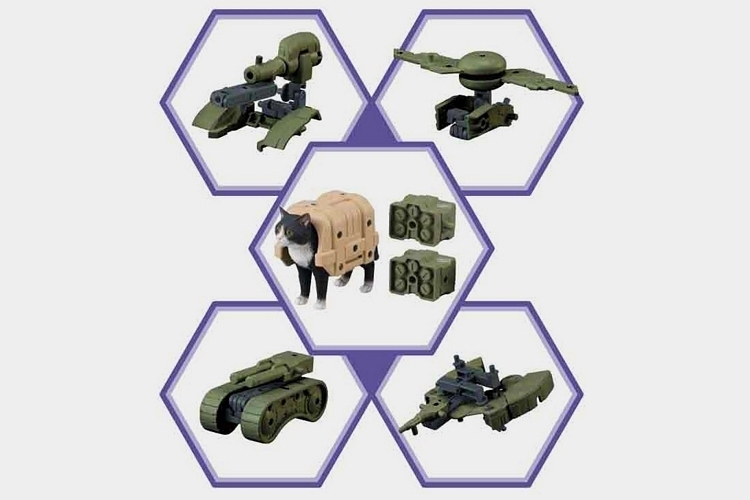 Then again, what’s the point of the Bandai Spirits Cat Cat Tribute if not for the cat piloting a giant mecha that can burn down a small village with all the munitions it carries? So, yeah, you’ll likely want to keep it in its intended form for the most part because a harmless-looking feline wearing a terrifying battle armor is just the sort of ridiculous that will stand out in any display collection. Seriously, this thing is so out-of-this-world, the darn thing might get more attention even if you put it side by side with LEGO’s gorgeously massive Millennium Falcon. 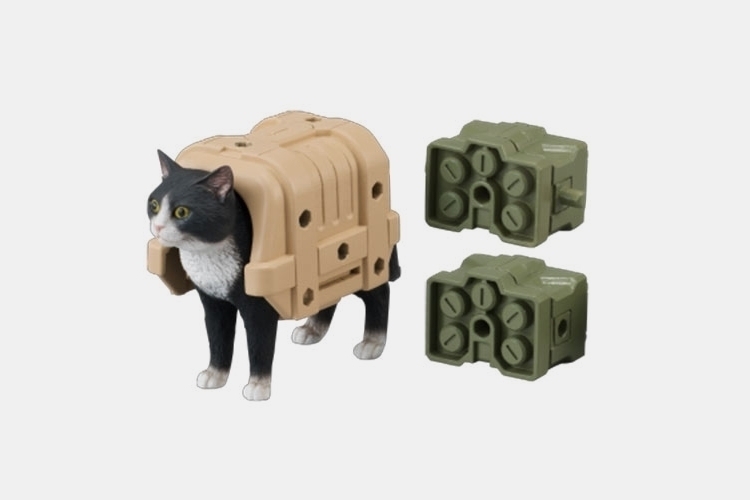 From what we can tell, this isn’t a character from any comic book or cartoon, but merely the first installment in a new line of cat-centered toys Bandai is planning to release. Based on the gut reaction we get when looking at this thing, however, we definitely want a comic book or an animated series where this little creature just decimates everything it encounters.