Banish Your Phobias With Augmented Reality 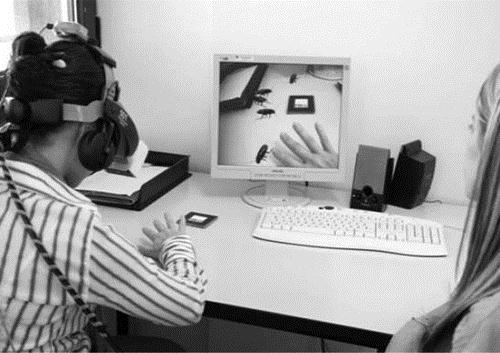 Most augmented reality software center around commercial and recreational applications. In fact, it’s gotten to a point where it feels a bit…too much. An article featured on the journal “Cyberpsychology, Behavior, and Social Networking,” however, gives hope that the platform might pave the way to helping people overcome their deep-seated fears.

In the study, six female participants with an aversion to cockroaches were fitted with AR helmets carrying a camera onboard. The software added simulated images of the dirty insects to the video feed, overlaid on top of the actual environment being shot. Unsurprisingly, the subjects were just as freaked out as they would have been with real cockroaches once the augmented graphics came up in their periphery.

How about the curing part? Unfortunately, freaking out the participants is as far as the study got, so it’s tough to figure out whether a year of doing this on a daily basis can lead to a lessening of the fear or just leave you insane. However, it does open the door for applying the technology in the field of exposure therapy, which helps phobia sufferers overcome their issues by immersing themselves in the objects of their fear.

It’s tough to gauge how many applications augmented reality can find in terms of recreating user phobias, but creepy creatures like cockroaches, snakes and…ummmm… clowns should be a good start. Sounds like an interesting direction for AR, right?