Most in-dash computer systems come pre-installed on vehicles.  Even then, few of them are all that great.  The new Banks iQ dashboard computer changes all that, offering a self-contained, full-featured system you can throw into any existing car (considering Banks Power’s customer base, though, it will most likely be diesel trucks). 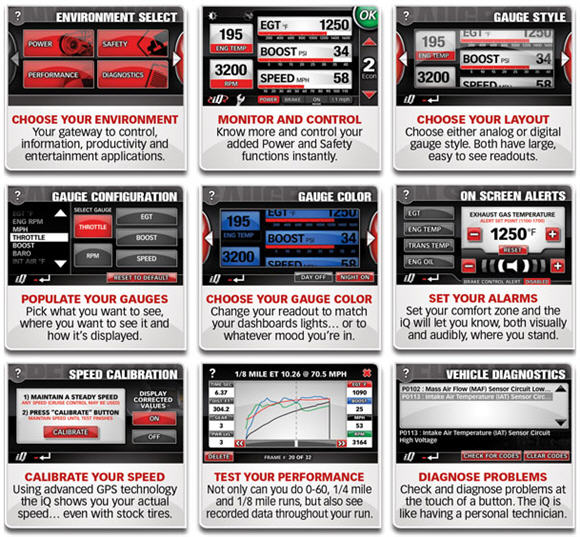 The Banks iQ consists of a single slab of hardware containing all the computing parts, with a 5-inch backlit display prominently on the front.  It comes with a removable dashboard stand.  You should be able to run additional apps via the available microSD and USB ports.

While I’m not too thrilled with the idea of people driving large trucks while reading an Excel spreadsheet, the rest of the system looks solid.  Heck, if I spend a good part of the day inside the cabin of a big-ass lorry, I sure want one too.

According to Banks Power, the system will support all future additions you make to your truck using their aftermarket stable of products, allowing you to both view and control their performance.  There’s no price listed on the site, but you can call them to order.