Gross Domestic Product Is Banksy’s Version Of A Homewares Store 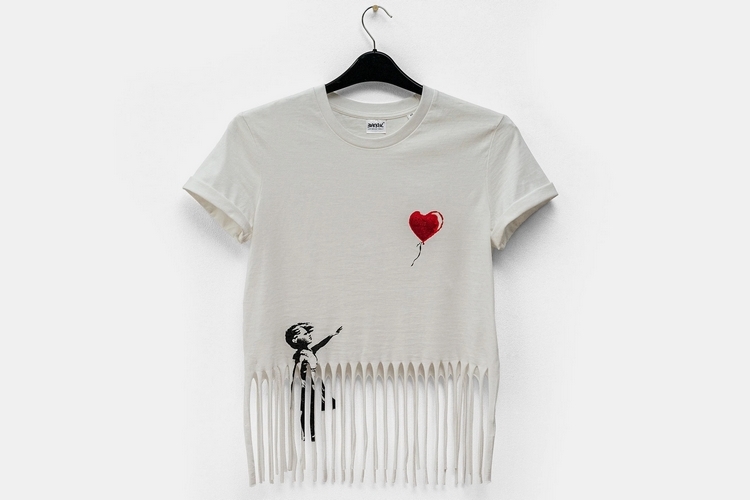 Two weeks ago, Banksy set up a pop-up store in London’s Croydon neighborhood. It never actually opened, from the time it went up until it closed over the weekend, essentially making the whole thing a sidewalk showroom instead of an actual store. This week, however, the artist is making all the items from that location available exclusively through an online store called Gross Domestic Product.

That’s right, Banksy now has an online store where you can buy some of the artist’s creations. In typical Banksy fashion, though, you can’t quite navigate to a specific product, add it to your cart, check out, and wait for your piece to ship. Instead, the process is a little more elaborate. 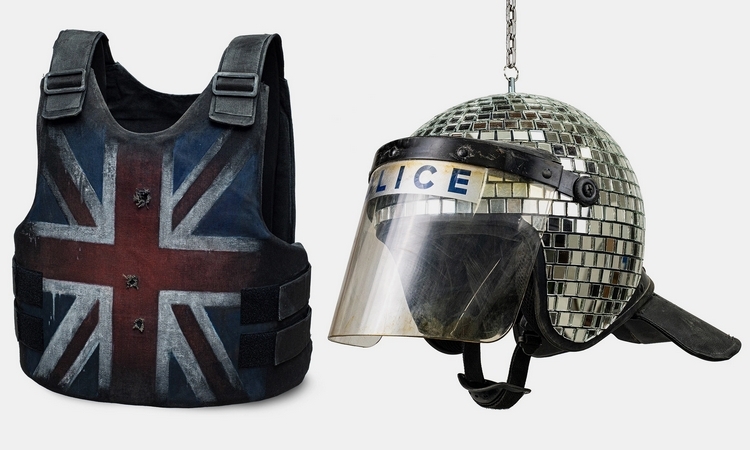 Gross Domestic Product is a homewares store of sorts where you can pick up some of the artist’s more affordable pieces. You know all those bootleg shirts being sold with Banksy’s Balloon graffiti screen-printed on them? Well, the artist finally made his own tees with the artwork emblazoned on them, calling it “the first official version” and throwing in a pendant to serve as the balloon. The catch? It only sells in XS sizes, so good luck making that fit. He also buys second-hand shirts, covers up the prints with his own tag, and sells it on the site. We know, that sounds rough, but it’s still an original Banksy at the end of the day.

There’s also multiple units available of a wall clock with a Banksy rat on it, prints of Banksy’s Basquiat-inspired Ferris wheel, coffee mugs drawn on by children and signed by Banksy (seriously), a mirror-covered Police riot helmet, Banksy-labeled paint cans, throw pillows, and a Tony the tiger rug with a gaggle of rotten teeth. Oh yeah, they’re also selling the ballistic vest worn by Stormzy at the Glastonbury Festival, although they’re only selling the one existing piece, so we imagine this will be a little difficult to acquire. Other pieces include Banksy’s Thrower prints, a 55-inch TV with a Banksy print on the screen, and a baby mobile that replaces the usual toys with surveillance cameras. Suffice to say, it’s not your usual homewares line. 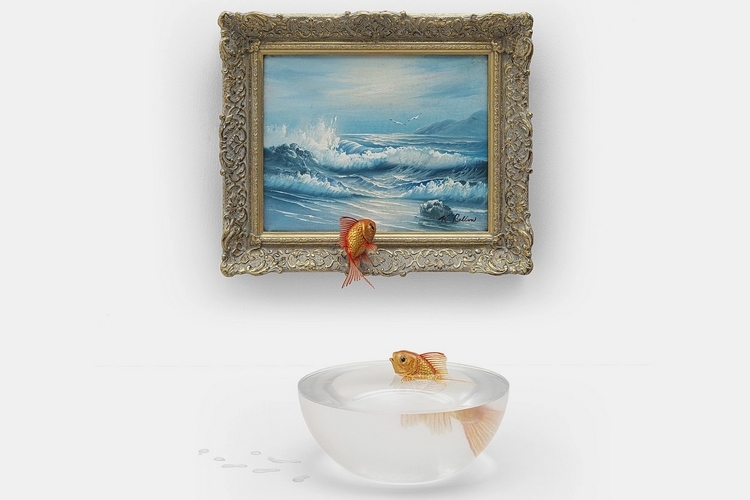 Some of the items in the Gross Domestic Product are actually plentiful, like the mugs, the shirts, and the throw pillows. Others are limited edition pieces, like the police helmet, the clutch bag, and the vest. A few of the items aren’t even made by Banksy – instead, they’re partnerships with groups that create the items for good causes. There are a few items still in production, so they’re not selling it at this time, such as a Goldfish, the Tony the tiger rug, and a tombstone floor mat. 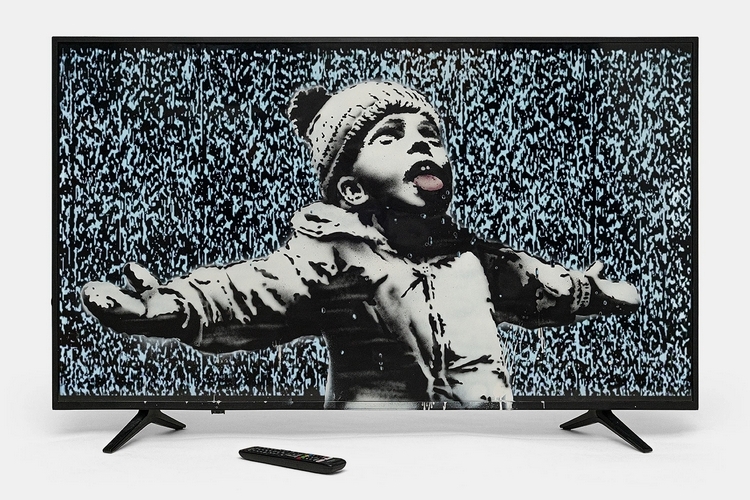 If you want to buy one of the items, by the way, you have to register your interest to buy a product by October 28th. Each customer can only pick one item for this initial launch, too, so you might want to pick wisely. After the deadline, buyers will be selected randomly until supplies last for each item.

Pricing for items in the Gross Domestic Product website starts at £10.