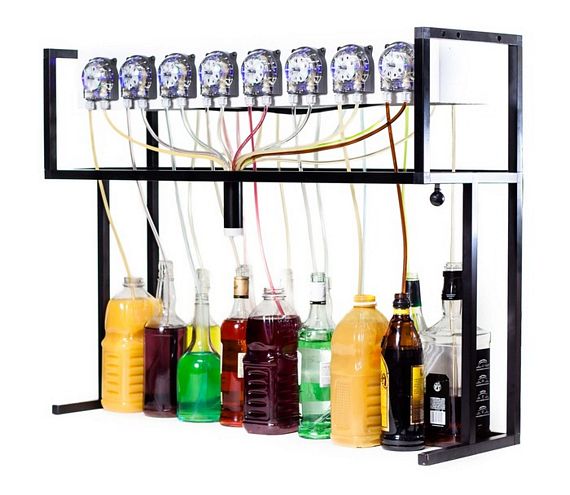 Cute bartenders are a thing because how else will you get me to sit in a bar and pay for overpriced drinks all night long?  That’s why I’m suspicious about the potential for success of robot bartenders — they are just not that hot looking!.  Still, if you’d rather have automatons pouring drinks in your party for whatever reason I can never fathom, now you can with the Bartendro.

A robot drink dispenser, it will make every drink exactly the same way, so you never have to put up with cocktails that taste somewhat different every single time you order it.  Just type whatever you want on the accompanying mobile app and it will create the drink, with no room for lame pickup attempts (dude, bartenders are advanced-level), awkward conversations and creepy forced smiles along the way. 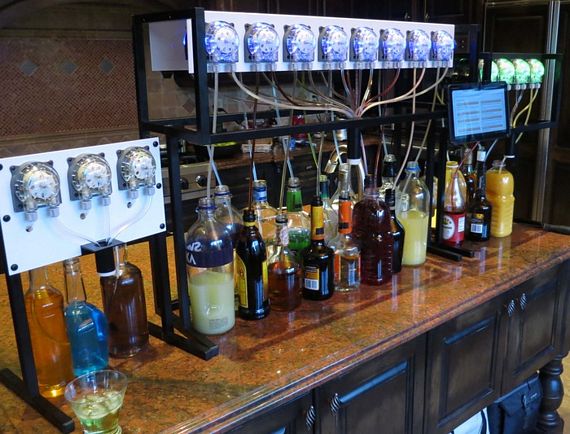 The Bartendro comes in three variants, with either 3, 7 or 15 dispensers.  A single 3-dispenser model can supposedly produce up to 200 drinks a night, making it a plenty functional replacement for a regular bartender in an open bar setting.  During operation, you hook up the Bartendro’s tubes to the different spirits and beverages it will use, then program the recipes onto the mobile app.  Any time someone wants a drink, they just choose and it comes out, tasting precisely the way the drink was intended to.

To ensure accurately-concocted cocktails, they use peristaltic pumps combined with custom electronics that dispense a specific volume with every revolution of the motor.  A Raspberry Pi computer is used to manage the whole operation.  The only catch?  You’ll have to periodically replenish the source beverages, especially for a big party.

Currently a project on Kickstarter, the Bartendro can be bought either as individual kits or as finished robots.  Prices for the kits start at $99, with the finished builds starting at $699 for the three-dispenser model.