Batch 19 Beer Gives You A Taste Of Pre-Prohibition Lager 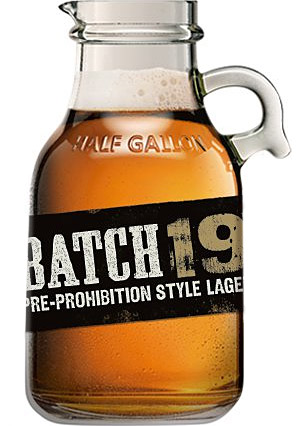 Want to know how beer tasted like before Prohibition? Taste the forbidden brew with Batch 19 Beer, which uses an authentic, 91-year old recipe for everyone’s favorite Happy Hour beverage.

What makes the lager so special? By the time the sweet substance was banned, breweries went out of business, taking their recipes along with them to obscurity. Thankfully, this one managed to survive inside an old logbook in brewery archives that date back to the pre-Prohibition years.

Released by Coors, the Batch 19 Beer derives its name from the year when beer was banned – 1919. Made from a rare combination of hops, such as Hersbrucker and Strisslespalt, it boasts a “bold, hoppy flavor” that should elicit some of that rebellious, “I take illegal shit” feeling.

The recipe was discovered by Keith Villa, who found the logbooks inside an old brewery while he was cleaning out the basement during a small flood. “When I realized what I had found,” he claims, “it was something I knew I had to brew.”

Made for beer fans who want a taste of history, Batch 19 Beer can now be enjoyed in select locations in five cities (Chicago, San Francisco, San Jose, Washington, D.C. and Milwaukee). The lager is only available on draft, so you’ll have to drink it at the pub, instead of stocking a load up on the fridge, but I guess that just makes it even more special.