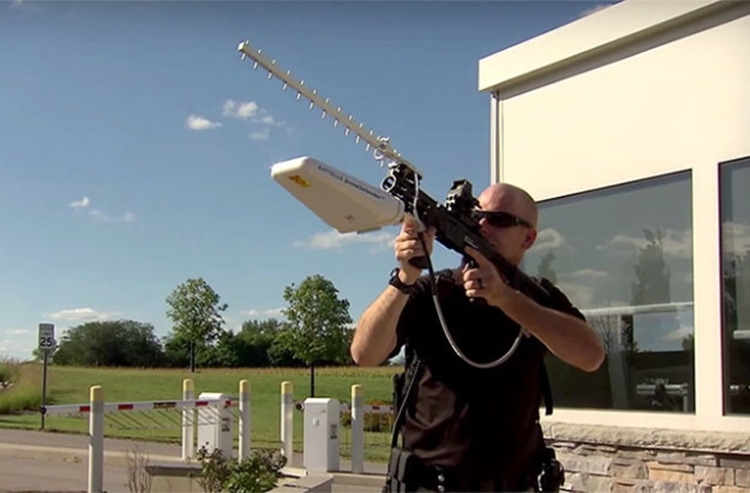 Drones are awesome, but people can be annoying. And sometimes, those annoying people are the ones flying drones, which makes it necessary to take the darn things out of play. While shooting at the flying automaton with a shotgun definitely works, the Batelle DroneDefender sounds like a much more level-headed option.

Unlike a shotgun, the anti-drone weapon won’t put down the airborne automatons with destructive buckshots. Instead, the rifle fires targeted radio pulses towards the drone, tricking it into thinking that it has flown out of range of its operator. Depending on its programming, the drone will either hover in place (until it can re-establish a link), return to its launch point, or automatically land, the latter of which gives you the option to just smash it with an axe, which sounds even more fun. Of course, you can also just let the owners retrieve it once they come by, which sounds like the nice thing to do. 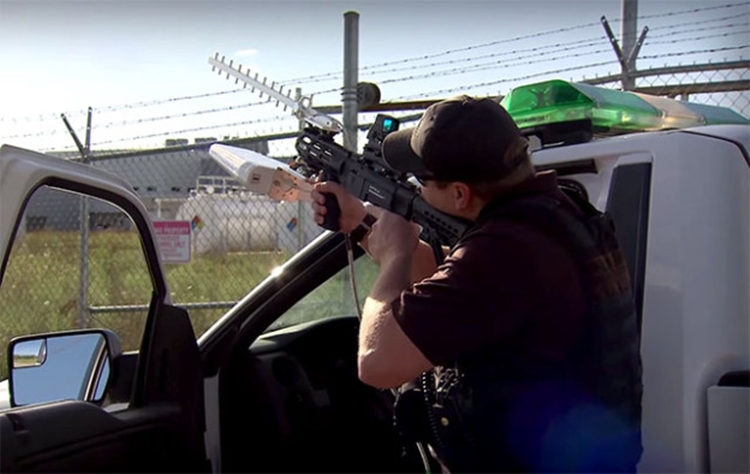 Described as a “portable, accurate, rapid-to-use counter-weapon,” the Batelle DroneDefender has a 400-meter range, allowing you to stop drones at a good distance. It can work with all commercially-available drones, from popular ones like the DJI Inspire to crowdfunded drones you’re still waiting to be shipped, so no flying object with an onboard camera is safe. Also, unlike guns, it’s battery-powered, with a full charge allowing it to fire radio pulses for five hours straight. It weighs 10 pounds. 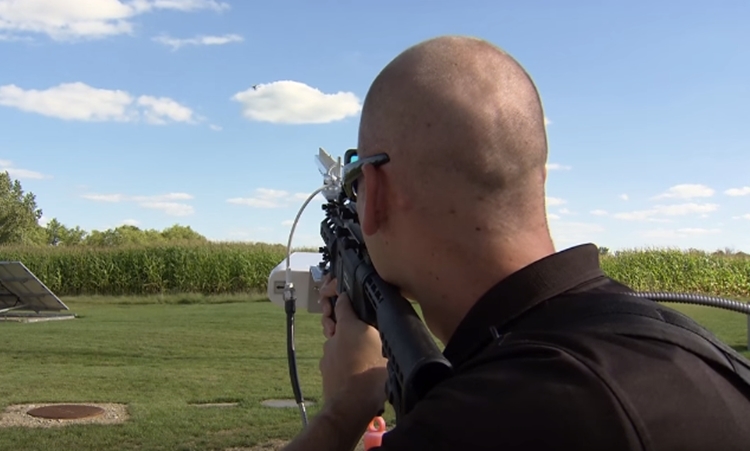 The bad news? The Battelle DroneDefender will only be available to the federal government in the foreseeable future, so folks shooting down drones with shotguns will likely remain part of our regular news cycle.