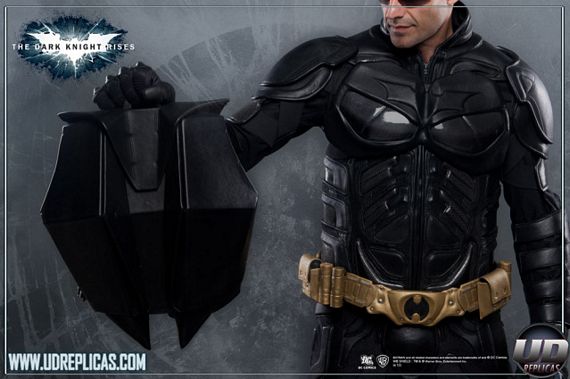 You got one of those awesome Dark Knight motorcycle suits from UD Replicas.  Only problem is, it doesn’t really suit the backpack you usually bring when going on those long motorcycle trips with.  Complete your Batman motorcycling outfit with this Batman Backpack.

Also made by UD Replicas, it’s a functional replica of the same motorcycle pack that Batman wore in some scenes of the first and third Dark Knight movies.  Designed to go with the replica Batman suit in mind, it’s sized and shaped to sling over the armor perfectly, apart from looking like a seamless part of the costume.  Fortunately, it looks like it will wear well with most stuff, too, so you can use it even when not dressing up like a billionaire superhero. 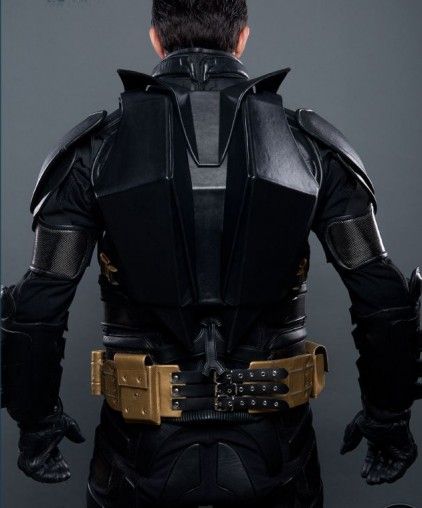 From the looks of it, the Batman Backpack is cut in a streamlined design that should keep it from slowing you down when you streak down the road on that Ducati Streetfighter your rich heiress girlfriend got you for your birthday.  Yeah, you’re a boss like that.  The bag is crafted using black form-molded leather, complete with functional armor details, adjustable harnesses, and bronze buckles.

Since Batman has that utility belt and a bunch of secret pockets in his armor, it turns out he doesn’t really need a big bag to carry around extra stuff.  As such, the main container (accessible via a 13-inch zipper on the back) is only big enough to hold a few small pieces of clothing (no three-piece suits, Bruce Wayne) and a couple of mobile gadgets. 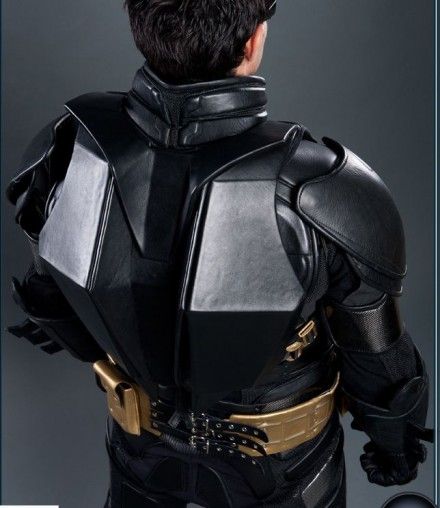 The Batman Backpack is set to ship sometime in the second quarter.  It’s now available for preorders, priced at $298.