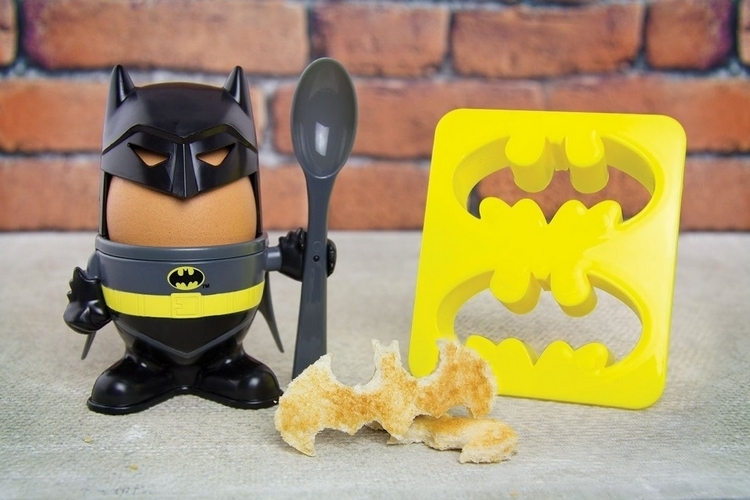 Remember that egg cup that turned your hard boiled breakfast into a medieval knight? That was awesome. However, we’re far from living in medieval times, so if my egg’s going to be a knight, forget the ancient fellows in shining armor and give me the Dark Knight. That’s exactly what we get with this Batman Egg Cup.

That’s right, it’s an egg cup that turns an erstwhile boring egg into an awesome Batman figure, ready to save the breakfast table from terror and villainy. Whether you’re enjoying a quiet breakfast or eating in the middle of a scene straight out of an insane asylum, this thing lets you enjoy the first meal of the morning with the Caped Crusader by your side.

The Batman Egg Cup consists of a body clad in the Gotham Gladiator’s traditional costume of black, gray, and yellow, along with a mask that wears atop the egg for completing the superhero attire. While the figure isn’t articulated, it does come with a weaponized spoon that’s, really, just a spoon for eating the egg if you don’t just cram it in your mouth like a normal hungry person. It comes accompanied by a toast cutter that cuts out your browned bread slices into Batman’s ever-familiar logo, so you can spread the bat-signal around the dining area for whatever joy it may bring your way.