Batman Money Clip Because Superheroes Pay For Stuff Too 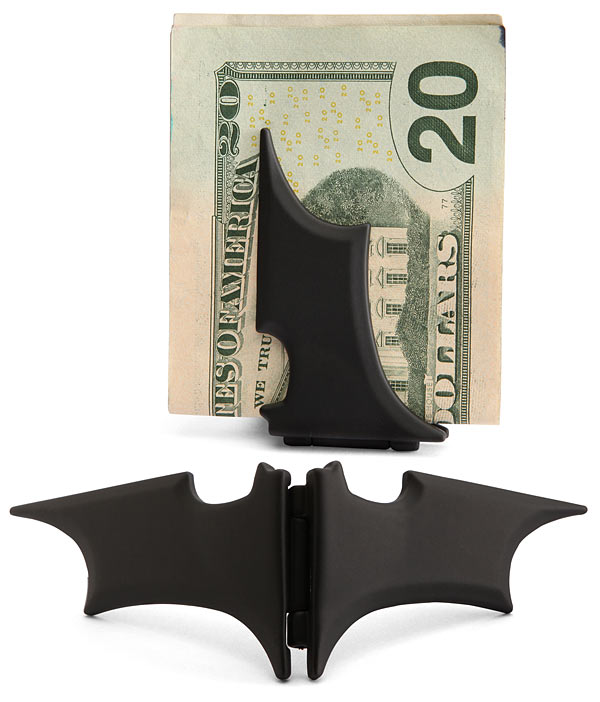 I don’t know about you, but after fighting off hordes of lunatic villains, all I can think about is stuffing my face with grilled cheese burger melts and crisscut fries.  Turns out Batman’s the same way and he carries cash to pay for it with this: the Batman Money Clip.

Okay, I lied.  I don’t think Batman ever hit a drive-thru before heading straight to the Batcave.  But if you’re hitting the town dressed like the Caped Crusader (for whatever reason only you can fathom), we doubt you’ll want to forego taking some bills along.  You’ll need money for cover and drinks, brah. 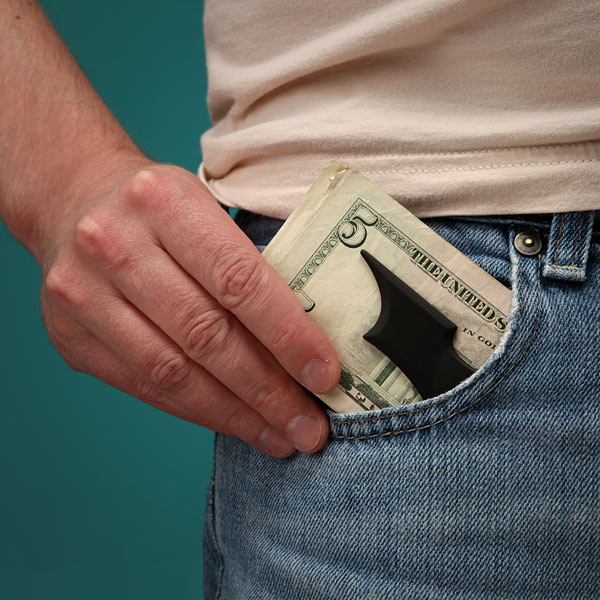 The Batman Money Clip actually looks like a tiny batarang.  It just looks like one, though, so don’t throw it over a bridge and expect it to come back (uhmm.. It won’t).  Shaped as the comic book hero’s can’t-miss bat logo, it’s die-cast and sheathed in matte black rubberized coating for an authentic Dark Knight feel.

The clip folds straight down the center to hold your bills, keeping it in place using a magnetized grip.  Since your Batman costume doesn’t have pockets (because it’s cheap — mine has a hidden one in the crotch), we guess you can slide this under your mask for safekeeping.

When folded, the Batman Money Clip doesn’t look like a Batman accessory (just some weirdly-shaped money clip), so your secret identity is safe even if you use it as Bruce Wayne.  Just don’t fold it out and show it off, lest have your crime-fighting hobby exposed for the world to see.  It’s available from Thinkgeek, priced at $39.99.