This Children’s Travel Case Turns Into A Fully-Playable Batmobile 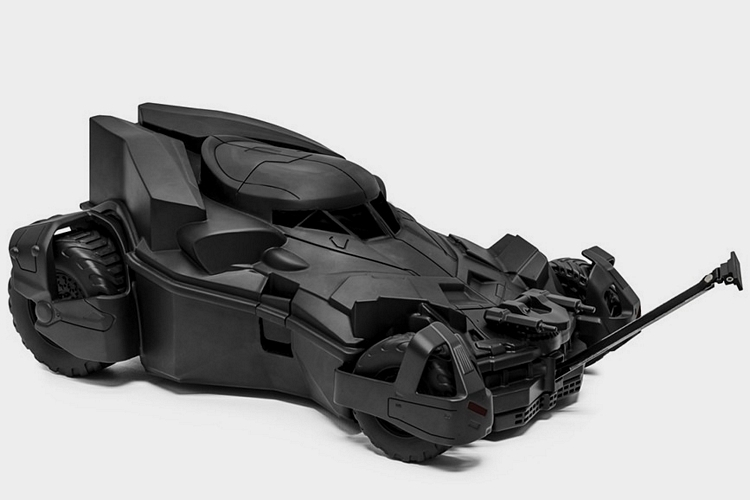 When making luggage for kids, most companies simply take a regular suitcase that they then cover in colorful prints of whatever characters kids currently gravitate to in pop culture. Sure, it’s not bad, but it doesn’t really make the suitcase that much more fun. That’s not the case with this Batmobile Kids’ Travel Case, a kid-sized rolling suitcase that doubles as a playable Batmobile.

How playable? Well, the darn thing comes with four wheels, so your kid can push or pull it around like any toy car, with a big enough size that kids can even sit on top and pretend to ride it. Heck, it’s even big enough that it should handily run down an army of six-inch action figures, allowing you to reenact a Batman version of GTA in the basement any time you feel like it. 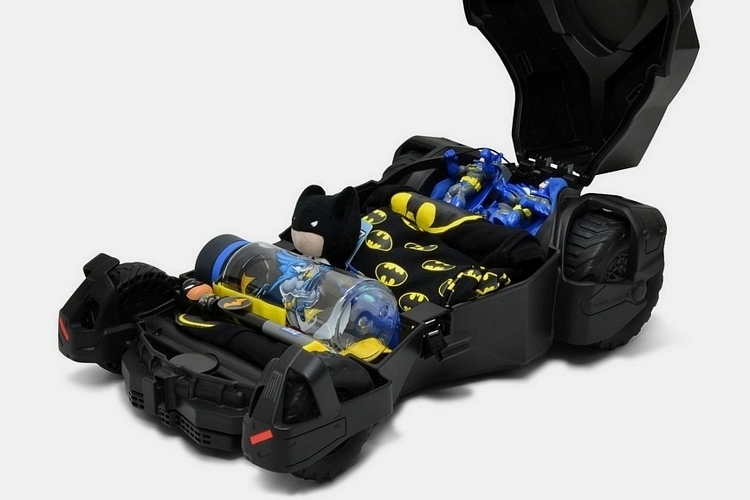 The Batmobile Kids’ Travel Case is based on the latest version of the Dark Knight’s ride as found in the upcoming Dawn of Justice movie, so it’s as current as any Batman toy you can find in the market. It’s heavily detailed, too, recreating many of the elements found in the movie version of the ride, including a pair of machine guns out front for blasting supervillains out of the way. Of course, it’s a functional travel suitcase, with a hinged top lid that opens to reveal a decent-sized storage space for clothes, toys, and whatever else kids want to bring to a trip. It can also be dragged in two ways: through the two rear wheels using a traditional luggage handle and on all four wheels like a real toy car using an alternate handle. 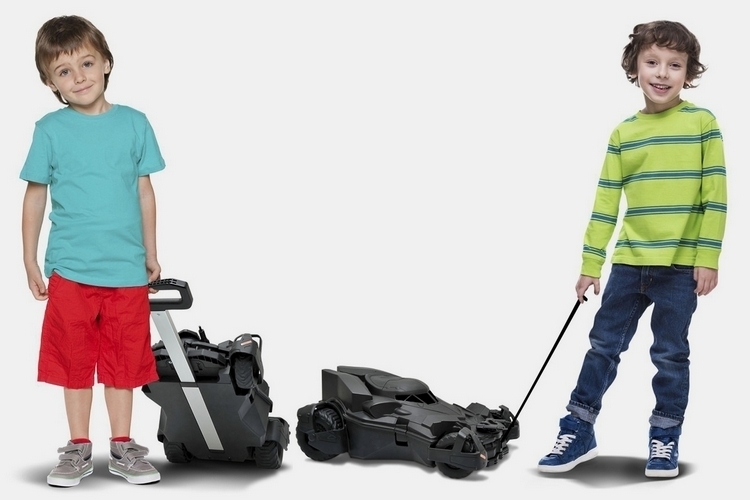 Slated for availability end of May, the Batmobile Kids’ Travel Case is priced at $100.