Beam Light From Your Wrist With The Stanley LED Torch Watch 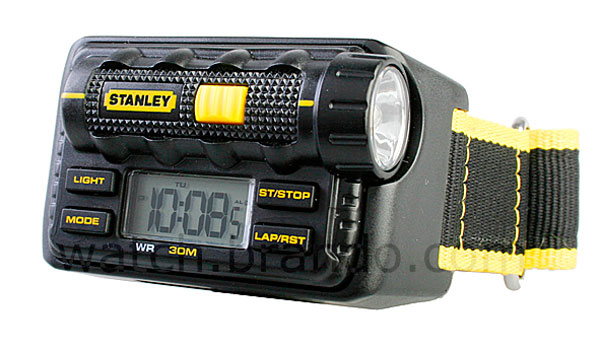 In the world of “mixing two unrelated things in one,” resulting products either work or don’t.  Sometimes, though, they’re so bad you just can’t help but love the little buggers.  That’s exactly how I feel about the Stanley LED Torch Watch.

If you always wanted to carry a flashlight along but found it too much of a hassle to keep one in your pocket, then consider the ramifications of putting it on your wrist.  Actually, it doesn’t sound that bad.  Just duct tape your torch light to your SpongeBob watch (free with every purchase of a 100ml toothpaste) and be done with it.  We’ll sit by the sidelines and laugh at you all day, but you’ll have a torch away from your pocket while we won’t.  See, you’re spectacular. 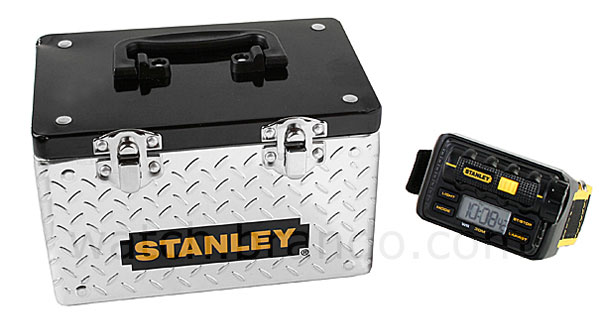 The Stanley LED Torch Watch sports a large face (60mm x 35mm x 22mm), which should be expected if you want to fit a torch light into the case.   It appears to be built for rugged use, but knowing Brando’s inventory of ridiculous products, it probably just looks to be that way.

Your friend thinks he’s cool with his cross-training watch with GPS and altimeters and all that?  He’s a tool.  Sure, you can’t cross-train or do fancy stuff with your flashlight timepiece, but this thing is gonna come in handy when you are at a night club and want to know how the chick you have been making out with is actually going to look like when its light out.

On a serious note, the Stanley LED Torch Watch could be great for DIY types who like to work with their hands in dark places.  You know, like mechanics, plumbers and shadow puppeteers.  If part of your life ambition is to be one of those, better get one now for only $58.