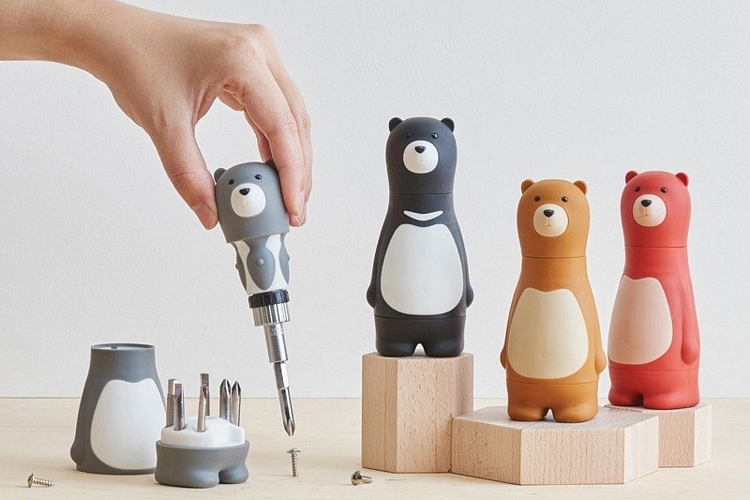 Over the years, we’ve seen many kitchen tools done up in whimsical ways, from the ladles that look like the Loch Ness monster to shakers that double as air hockey pucks to spatulas that look like electric guitars. If you’d like to enjoy some of that whimsy in your handyman toolbox, though, good luck – hand tools just don’t seem to get the benefit of adorable novelty designs. Maybe that will change if products like the Bear Papa end up becoming really popular.

A ratchet screwdriver, it’s cast in the form of a stoic-looking male bear, who appears to be neither smiling nor frowning, choosing to wear a straight face while it looks out into the ether. That makes it cute without cranking up the adorableness to 11, making it a less-awkward addition to any handyman toolbox, compared to something that goes over the top in terms of winsome charm. 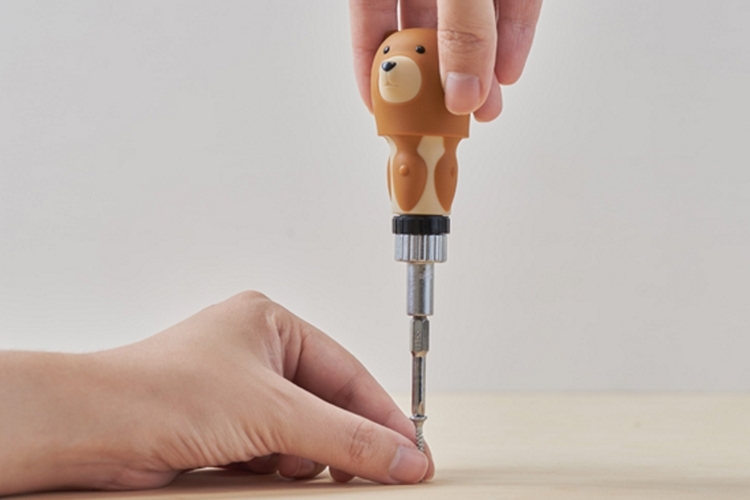 Made by Taiwan-based iThinking, Bear Papa stows away in the form of an upright bear figure that’s made up of three parts: the head (which serves as the screwdriver), the torso (which serves as a cover for the bits), and the lower body (which serves as storage for the bits). It measures 125 x 57 mm (l x diameter), with six included bits (two Phillips, two hex, and two slotted) and a size that looks like it will play nice with other standard-size bits in your toolbox. You use it much like any ratchet screwdriver (turning the handle, rotating the O-ring, and all that), except with the benefit of a semi-adorable bear supervising the whole job. It comes in four colors: brown, gray, red, and black. 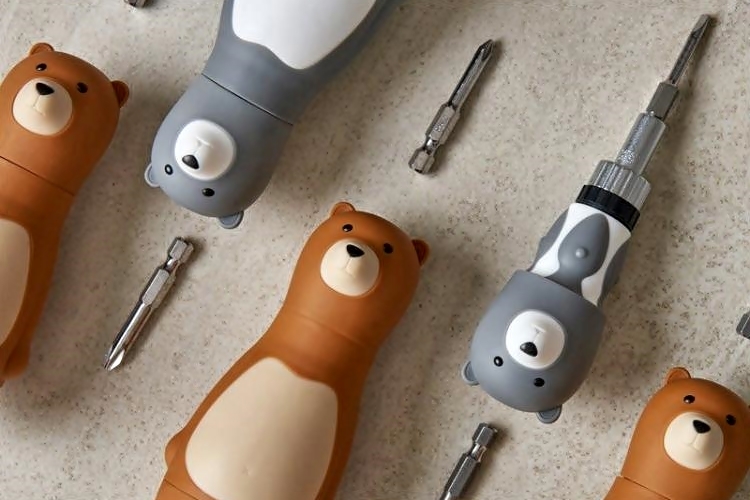 Available now, the Bear Papa is priced at $29.