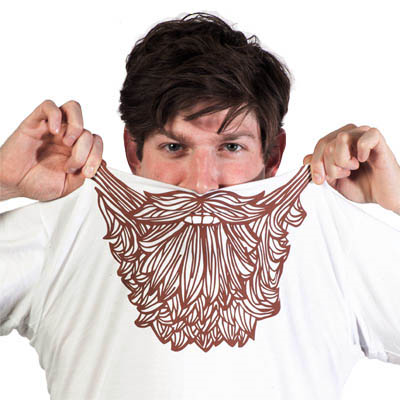 Remember that Zombie Shirt from Resident Evil?  The Beard Shirt is kind of like that.  Except, instead of a zombie, it makes you look like an unshaved mountain man by just pulling your shirt up.

Why would you want that?  We have no idea.  There’s something about wearing a beard (heck, even a moustache), though, that makes men feel all giddy inside.   Plus, all the really cool men in history wore thick facial hair, like Jesus, Santa and Chuck Norris. 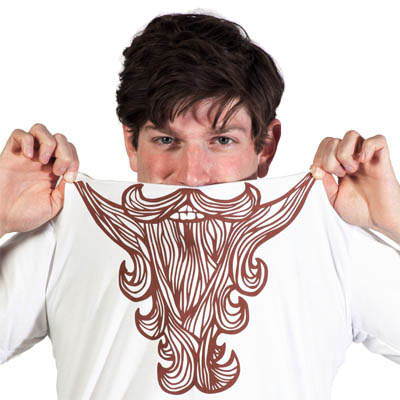 The Beard Shirt doesn’t really give you a beard, though.  It doesn’t even give you a fake beard like the Beardcap that you can walk around with all day.  Instead, all it does is make you look like you’ve got heavy growth around the lower side of your face every time you pull the shirt up.  And even then, you need a little imagination to make the thing work. 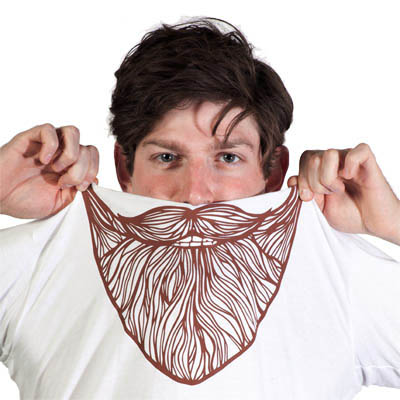 While it’s unfortunate there’s no Chuck Norris beard in the selection, the Beard Shirts are actually pretty nice.   They’re available now, priced at $19.99 each.