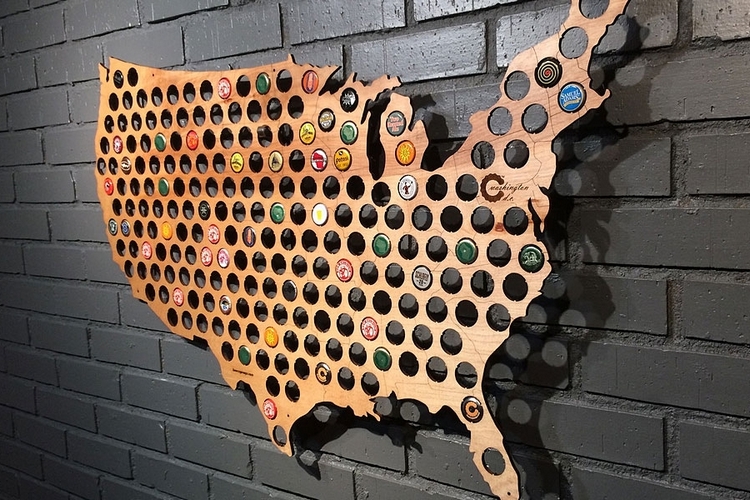 A wooden map, it comes with laser-cut holes, sized and shaped to hold standard beer caps. That way, you can plug in each hole with every new cap that pops out of your Bropener, turning erstwhile landfill fodder into a decorative reminder of just how much beer you consume. Yes, you drink a lot. 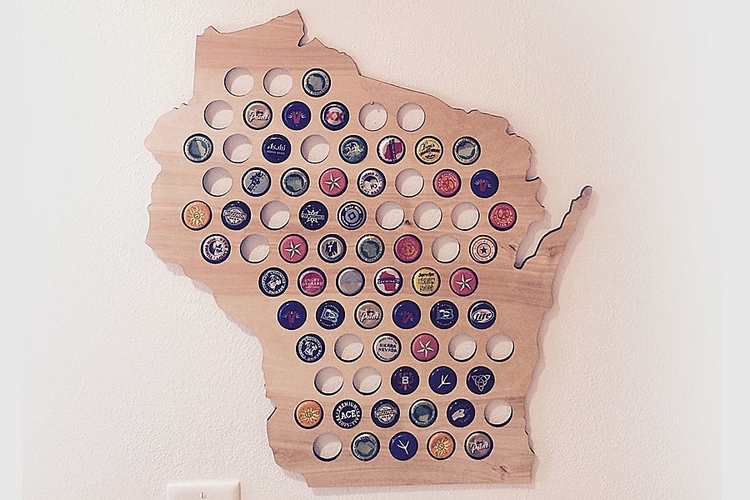 Each Beer Cap Map is made from a single piece of plywood that’s laser-cut into the likeness of a specific map. They have a map for the entire Continental United States, as well as ones for individual states, although the selection is currently small (they don’t have every state, yet), since the outfit has only begun expanding their operations. Exact map dimensions vary, of course, although they do warn that the maps aren’t scaled to fit each other, so you can’t buy individual state maps and put them together as a massive display.

Designed to be hung up walls, the maps come with small holes for mounting, although they’d also look nice stood on a shelf or mantle. To add a new cap, simply squeeze it into the hole from the back. If it won’t fit, try to straighten the cap (chances are, it was bent too much during opening — try using this minimal-dent Bottle Grenade instead); if the cap’s too small, you can add a little glue to help keep it in place.

Available now, the Beer Cap Map is priced at $39 for the state maps and $68 for the Continental US version.